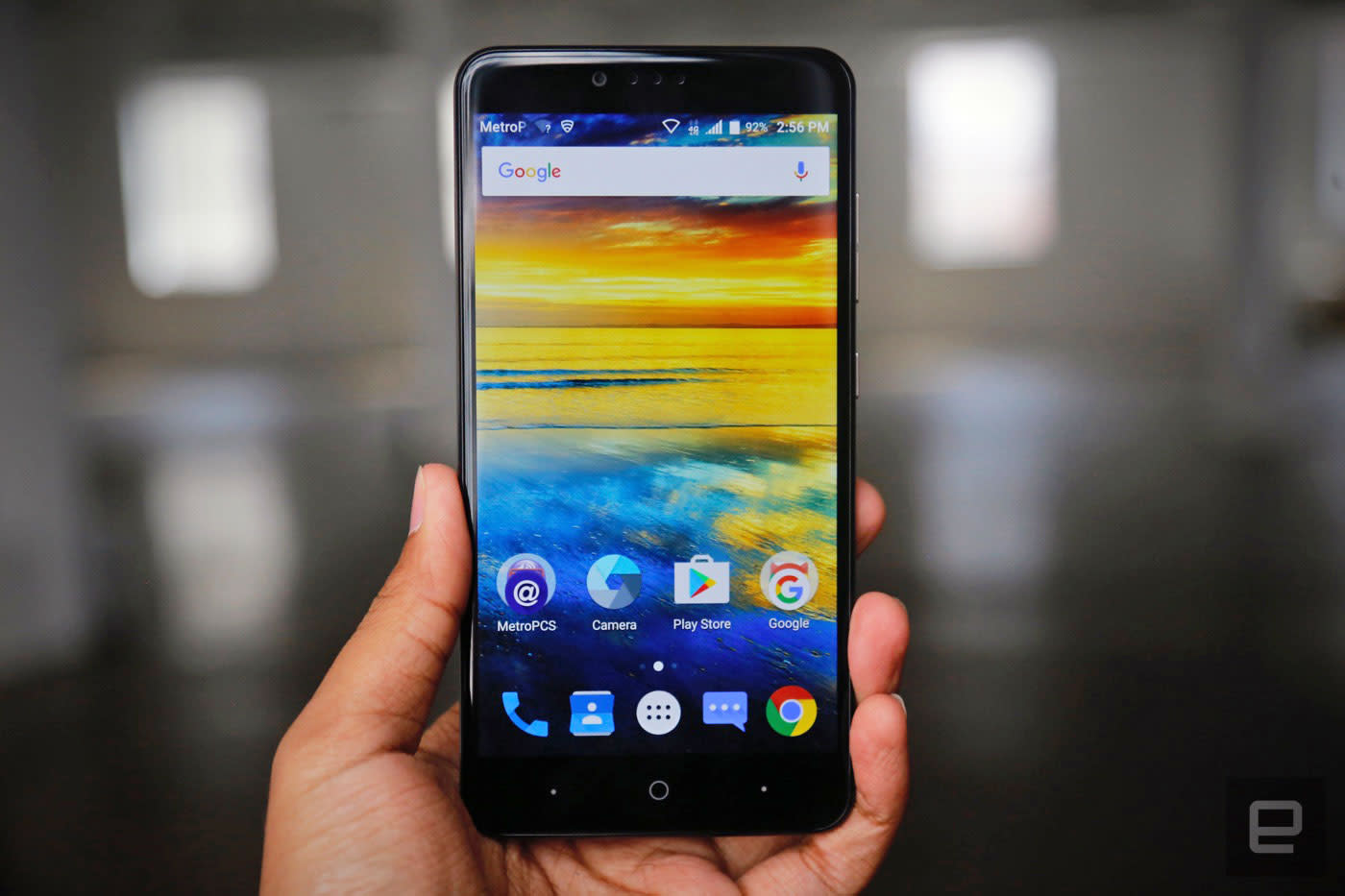 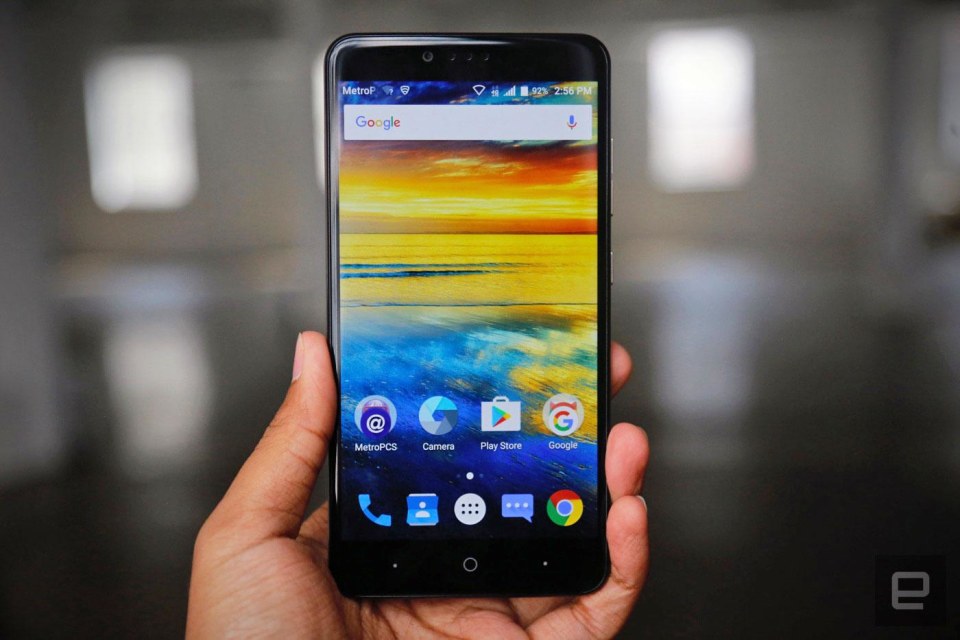 Even though it has a higher-end series with the Axon line, ZTE continues to focus on the budget phone market with its Zmax brand. Available for pre-orders today on MetroPCS for just $99 (after an instant rebate), the Zmax Pro is a 6-inch phablet with a fingerprint sensor that ZTE says is unique for this price range. We snagged some quick hands-on time with the Zmax Pro, which promises some compelling features for the money. For that jaw-dropping price, you'll get a sturdy body with a nice soft-touch rear, octa-core Snapdragon 617 CPU with 2GB of RAM and 32GB of storage. The camera and fingerprint sensor on the rear have pretty copper accents on the otherwise blue back cover, which is a uniquely pleasant aesthetic.

I really like the color combination and finish on the phone's back, as well as its vibrant display. The quick pic I snapped with the 13-megapixel rear camera wasn't the most brightly colored or sharpest, but my subject and environment were also not the most exciting. The 5-MP front camera also looked par for the course.

The Zmax Pro also offers dual-SIM card slots, one of which doubles as a microSD holder for those with just one SIM card. It also packs a generous 3400 mAh battery that supports Quick Charge, a USB Type-C charging port and will run Android Marshmallow.

That price trumps Huawei's Honor 5X, which also bundles a solid metal body, good camera and fingerprint sensor for just $199. Moto's G4 also starts at $200 with a capable processor and fingerprint reader. But the Honor and Moto's screens are a smaller 5.5 inches, and they have less-capacious batteries.

"Affordability is part of our DNA," said ZTE's CEO Lixin Cheng. He said the high-end phone market is shrinking, and that making more affordable devices is the company's mission.

The electronics maker says there are more than 30 million active users of ZTE devices, and that it sold 15 million handsets in 2015. As one of the few affordable phablets in the market, and at this super low price, the Zmax Pro stands a good chance of owning this niche segment of the smartphone market.

In this article: gadgetry, gadgets, gear, mobile, personal computing, personalcomputing, smartphone, Zmaxpro, zte, ZTEZmax
All products recommended by Engadget are selected by our editorial team, independent of our parent company. Some of our stories include affiliate links. If you buy something through one of these links, we may earn an affiliate commission.