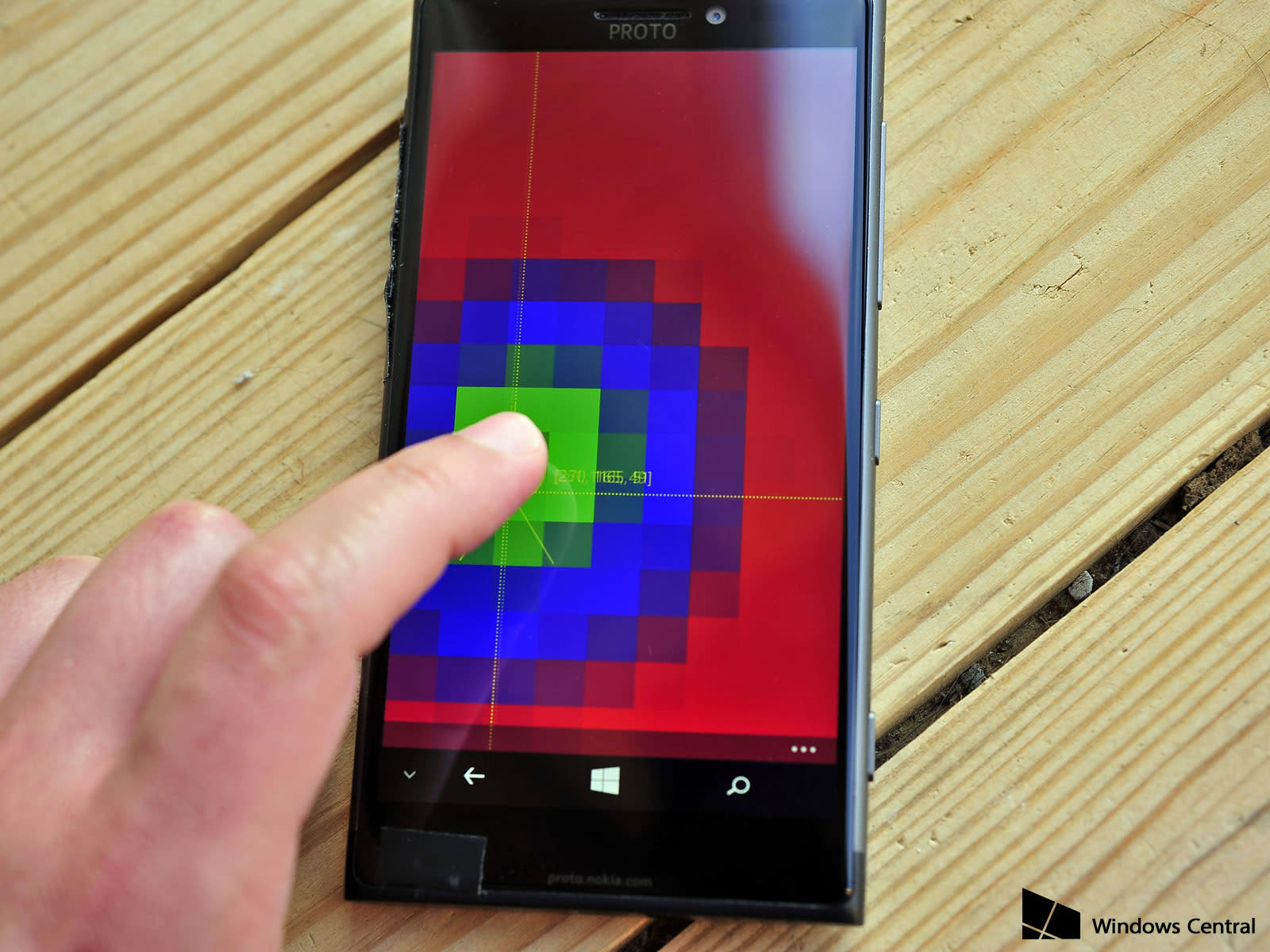 Remember Microsoft's Nokia-branded McLaren smartphone? It was supposed to carry the torch for Windows Phone in late 2014 through its exotic 3D touch input (which Apple wouldn't have until 2015), but it was cancelled just months before launch for reasons unknown. However, the ill-fated device is finally getting its moment in the spotlight. Windows Central has reviewed a McLaren prototype, and it's clear that the Microsoft mobile team was on to something... if not as much as it first thought. Its proximity sensor-based 3D touch not only works, but showcases a few clever tricks. Live Tiles could expand into sub-tiles as your finger got closer, and it could keep the screen awake so long as you held the phone in your hands.

Certain parts of McLaren can't really be tested, such as the 20-megapixel camera (its early software limits it to 8 megapixels without advanced control). However, it's not entirely surprising why Microsoft gave it the chop. WC sources claim that users couldn't wrap their heads around the 3D touch concept, and the McLaren wouldn't have been very competitive outside of that feature. Its 5.5-inch 1080p display was fine, but its then year-old Snapdragon 800 processor wasn't. It would have trailed the performance of virtually every other high-end phone at the time. McLaren was really an iteration on the earlier Lumia 1520 and Lumia 930, neither of which did much to turn around Windows Phone's fortunes.

The McLaren's design and premature demise both shed light on a reason why Windows smartphones are in such dire straits today. There would have been precious little reason to get McLaren outside of its touch feature, but cancelling it also left Microsoft without a range-leading Windows handset for the all-important holiday season. What were enthusiasts supposed to buy when they were due for an upgrade, and they didn't want a repurposed Android phone? Simply put, McLaren was the definition of squandered potential -- things might have been different if the Microsoft mobile team had pushed for a larger upgrade that revolved around more than one feature.

In this article: gear, mclaren, microsoft, mobile, nokia, smartphone, windows, windowsphone, windowsphone8
All products recommended by Engadget are selected by our editorial team, independent of our parent company. Some of our stories include affiliate links. If you buy something through one of these links, we may earn an affiliate commission.