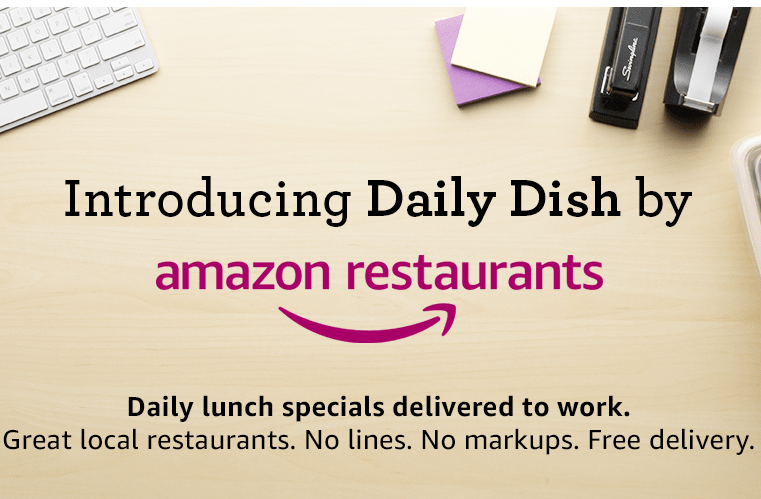 Amazon isn't satisfied with bringing you same-day delivery and student loans. It also wants to enter the food delivery business.

Having quietly begun testing a special lunch delivery service in Seattle, Amazon is rolling out Daily Dish. It's meant to compete directly with Peach, a similar service founded by former Amazon employees that launched back in January 2014.

Amazon's Daily Dish service is an exclusive meant only for Prime members, and it will be accessible via the Prime Now app. A text message will be sent out at 9:30 a.m. (local time) and users will be able to select from a series of rotating dishes to be delivered to their workplace. Orders that come in before 11 a.m. via the Prime Now app will arrive between 12 and 12:30 p.m.

This isn't a new type of service for Amazon in that it already participates in food delivery via the Amazon Restaurants service, but it does offer a new perk for Prime members to have lunch handled for them in an expedient manner.

The service is set to expand to other cities in the future, but is only available currently in Seattle.

In this article: amazon, amazon daily dish, culture, food, food delivery, peach, services
All products recommended by Engadget are selected by our editorial team, independent of our parent company. Some of our stories include affiliate links. If you buy something through one of these links, we may earn an affiliate commission.