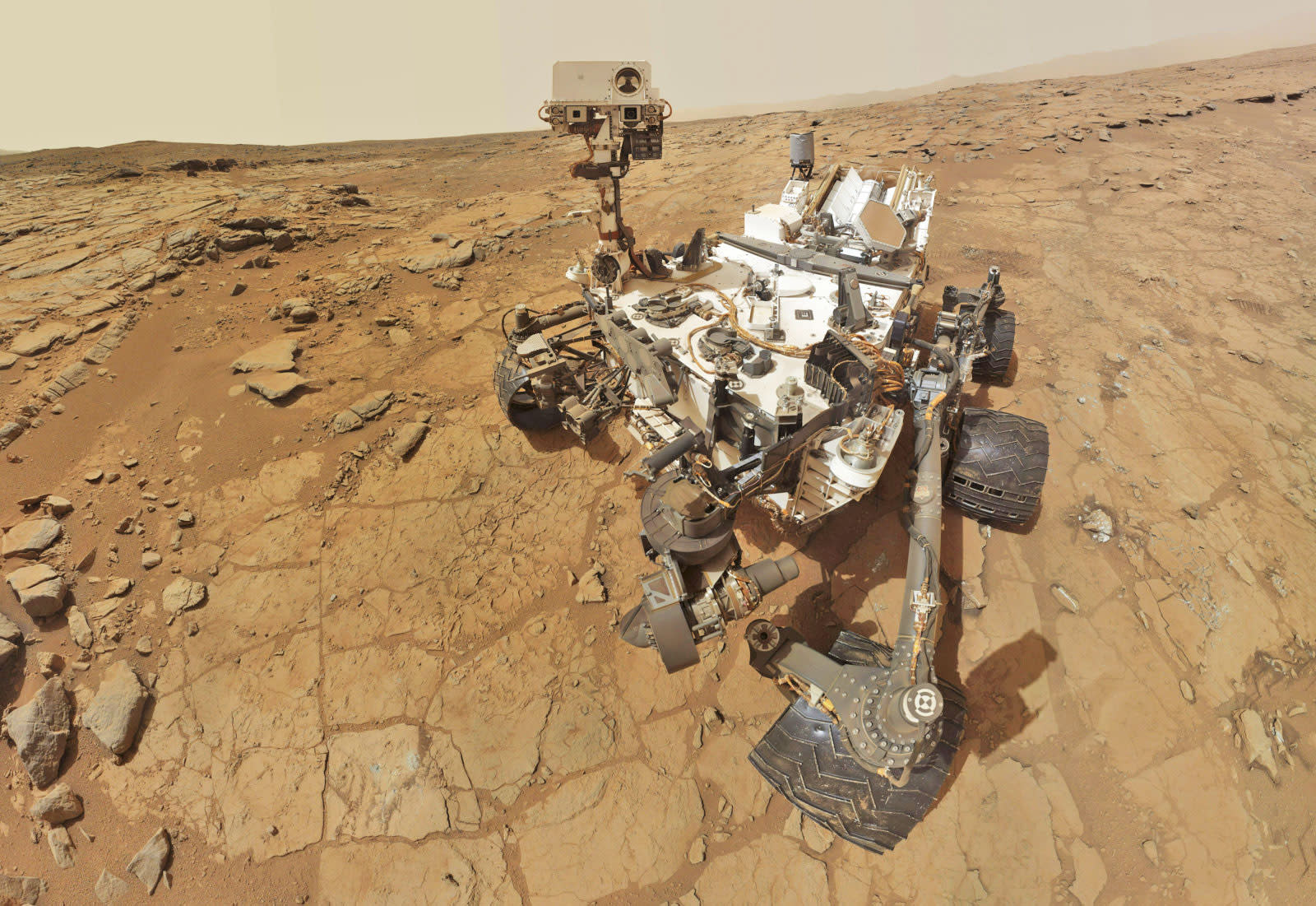 Is there anything cooler than sending a robot to Mars to shoot rocks with lasers? Probably not -- which is why NASA is giving the Curiosity rover the ability to shoot even more rocks with lasers. Okay, technically NASA is giving the Martian rover the ability to choose targets for ChemCam analysis. This is a process that uses a laser and telescopic camera to sort out the chemical composition of Martian rocks. Typically, NASA chooses the targets manually, but a new update will allow the rover to collect data autonomously.

NASA scientists will still be choosing a lot of Curiosity's targets the old fashioned way, but the new feature lets the rover to collect additional data without human intervention. "This autonomy is particularly useful at times when getting the science team in the loop is difficult or impossible," Tara Estlin, NASA's leader of AEGIS development at JPL said in a statement. "In the middle of a long drive, perhaps, or when the schedules of Earth, Mars and spacecraft activities lead to delays in sharing information between the planets."

Dynamite with a Laser Beam: I can now choose rocks to zap with ChemCam on my own. #pewpew https://t.co/LykbkDIJmM pic.twitter.com/lBifknxhdZ

That said, Curiosity isn't completely independent: the rover's software will choose targets based on criteria provided by the science team. Those parameters will change depending on where the rover is. Still, it's pretty amazing that the Rover is driving around Mars, choosing to shoot rocks with lasers (almost) all on its own. The little guy is growing up.

In this article: curiosity, curiosityrover, lasers, mars rover, marscuriosity, marsrover, NASA, NASAJPL, robots, rover, science, space
All products recommended by Engadget are selected by our editorial team, independent of our parent company. Some of our stories include affiliate links. If you buy something through one of these links, we may earn an affiliate commission.