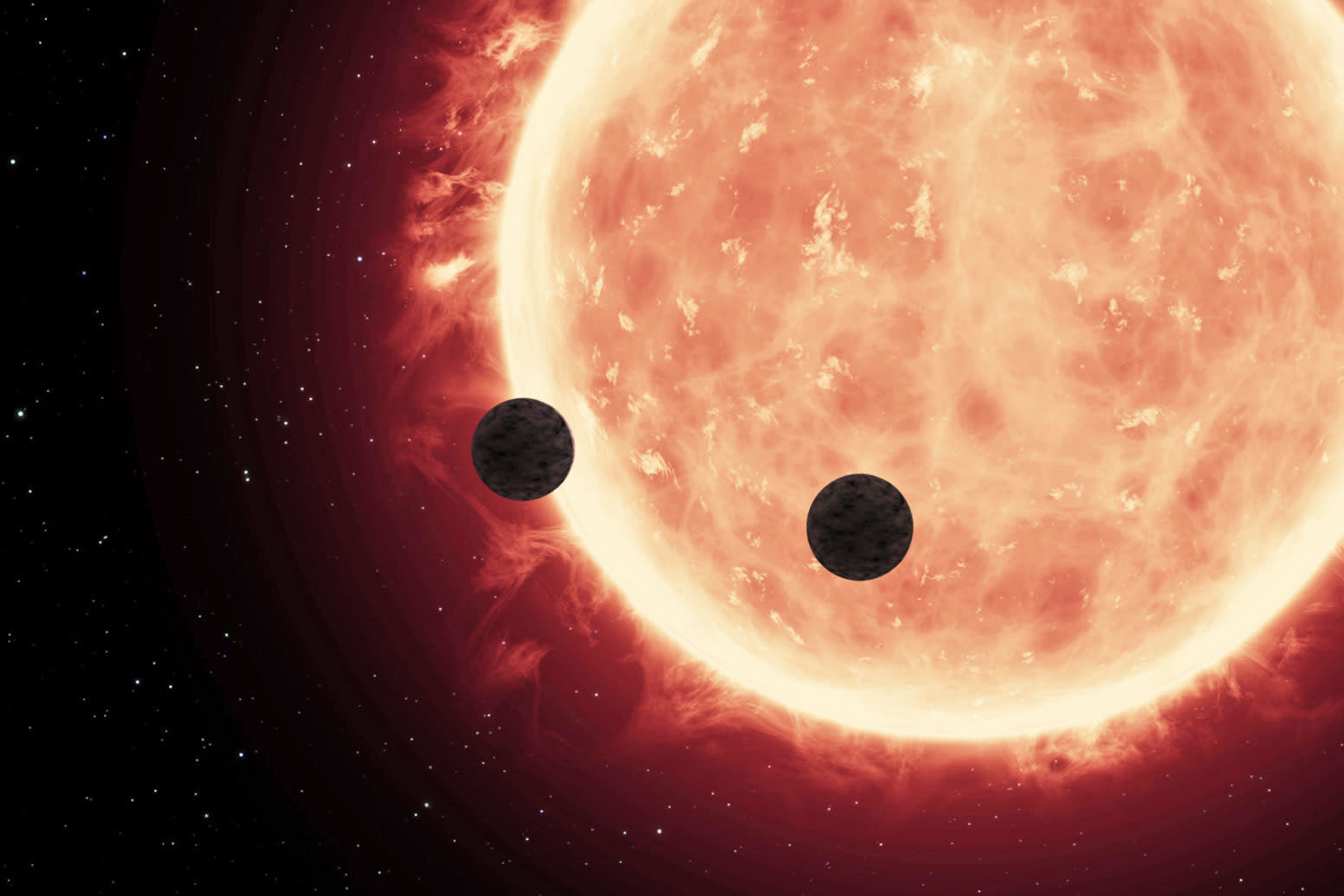 Scientists from MIT and the University of Liège studying a planetary system orbiting the star TRAPPIST–1 have discovered two rocky, Earth-like and potentially habitable planets only 40 light years away from home. According to a paper published in Nature today, the atmospheres on planets TRAPPIST–1b and TRAPPIST–1c are likely to be dense and compact like the atmospheres of Earth, Venus and Mars.

The research team, led by MIT postdoc Julien de Wit made the discovery by pointing the Hubble Space Telescope in TRAPPIST–1's direction just in time to catch a rare double transit – when both planets were passing in front of the star. Using Hubble's spectrograph, the team was able to observe variations in the light passing around the planets. Because the wavelengths didn't vary much, de Wit's team could conclude that the planets' atmospheres were not "light, large and puffy" like the ones found around Jupiter and other Jovian gas giants.

"Now we can say that these planets are rocky," de Wit told MIT News. Now the question is, what kind of atmosphere do they have? The plausible scenarios include something like Venus, with high, thick clouds and an atmosphere dominated by carbon dioxide, or an Earth-like atmosphere dominated by nitrogen and oxygen, or even something like Mars with a depleted atmosphere. The next step is to try to disentangle all these possible scenarios that exist for these terrestrial planets."

Even if one of these planets is habitable, life as we know it on Earth would be extremely difficult in the system because the two planets orbit much closer to their star, an ultracool dwarf that gives off less heat than the sun, but emits more radiation in the infrared spectrum. While the planets orbit TRAPPIST-1 in 1.5 and 2.4 days respectively, they are also locked into their rotations -- meaning they have a fixed day and night side. On the other hand, NASA scientists believe planet c is within the star's habitable zone, where temperatures are right for liquid water to pool.

In this article: exoplanets, expoplanet, hubble, MIT, NASA, Nature, science, space, TRAPPIST, trappist1
All products recommended by Engadget are selected by our editorial team, independent of our parent company. Some of our stories include affiliate links. If you buy something through one of these links, we may earn an affiliate commission.