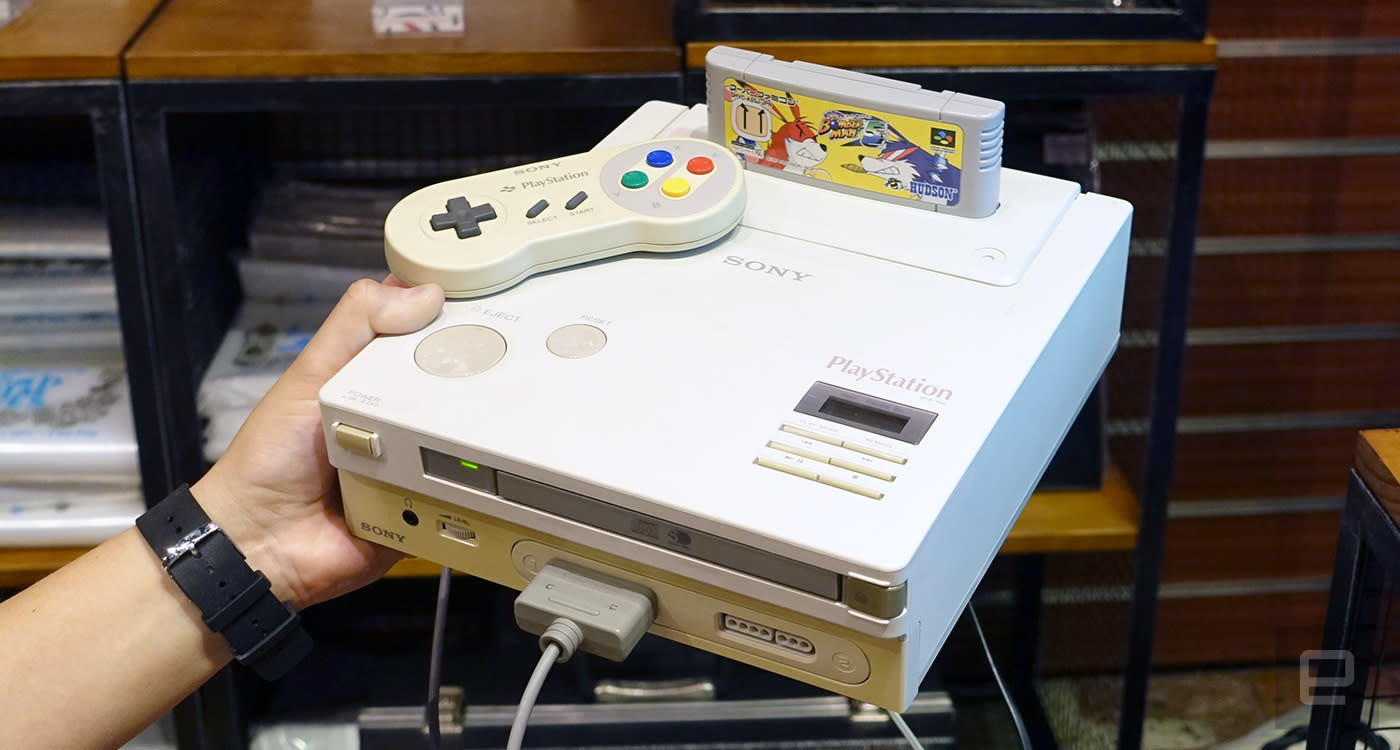 When we got our hands on the legendary "Nintendo PlayStation" prototype last November, the device worked fine as a Sony-branded SNES console sans audio, whereas its CD drive -- the part that eventually led to the birth of the PlayStation -- failed to be recognized by the system. The device has since been handed over to renowned modder Ben Heck, who has just revealed that he finally got the CD drive to power up. First of all, Ben cleaned the contact pins on the Super Disc driver cartridge to get its 256KB of extension RAM talking to the console, then he removed one of the mod wires on the logic board, which got the CD drive to make a ticking noise and even pulling its tray back in.

It was a nice "wow" moment for everyone, but the ticking noise suggested that the CD drive was struggling to move its optical head, plus the screen was flickering. Ben figured this was to do with a power glitch caused by three leaky electrolytic capacitors on the logic board, so he replaced those with modern ones, and boom! The CD drive is alive! The diagnostic software gave all the green ticks, and the CD player's control panel appears to be working. As a bonus, the audio function has also been restored since that's part of the CD drive's decoder, so we can now fully enjoy SNES games on this super rare device as well.

What's left to do now is to find some compatible disc games and see if they'll run on the Nintendo PlayStation -- prototype owner Terry Diebold believes he may have one in the boxes he bought from that fateful auction. We also came across a homebrew game called Super Boss Gaiden based on the Super Disc cartridge's software dump, so here's hoping they can get that to work on the device.

In this article: benheck, dandiebold, gadgetry, gadgets, gaming, gear, hack, nintendo, nintendoplaystation, playstation, prototype, repair, sony, superdisc, terrydiebold, thebenheckshow, video
All products recommended by Engadget are selected by our editorial team, independent of our parent company. Some of our stories include affiliate links. If you buy something through one of these links, we may earn an affiliate commission.