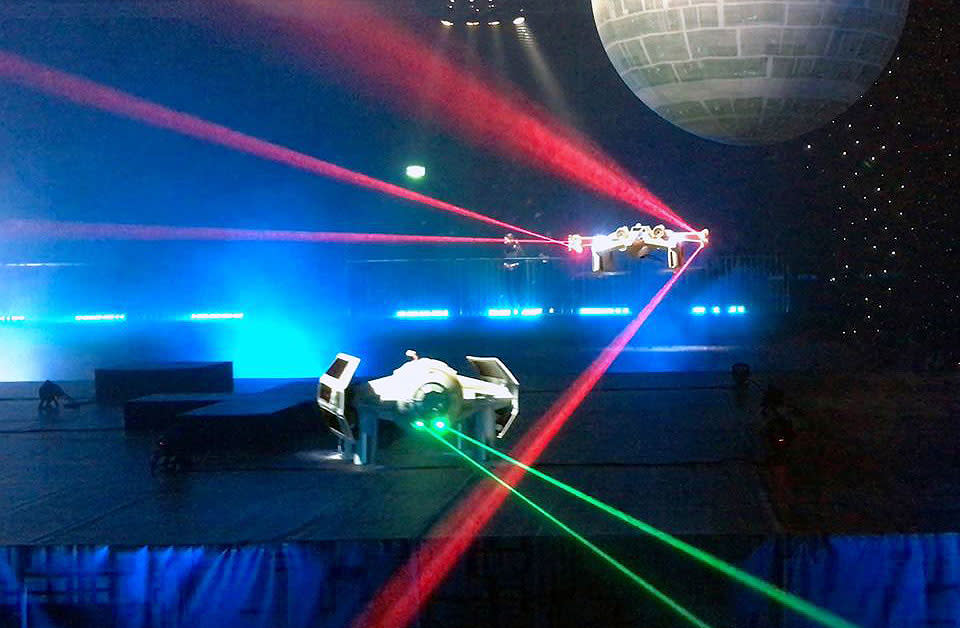 When Propel releases its official Star Wars drones this fall, fans could challenge fellow fans to a space battle in their own backyard. The RC toy company has launched small replica quadcopters of the Millennium Falcon, an X-Wing, a TIE fighter and a speeder bike. According to Wired, their propellers are clear and are attached to their underside to be as inconspicuous and true to the movies as possible.

We've got a feeling quite a few collectors would simply keep them in display cases. But if you want to get one to actually play with, you'll find that they can reach speeds up to 40mph and can do 360-degree aerial stunts at the push of a button. They also have a battle feature, which you can use to play a game of mid-air laser tag with up to 24 friends. Wired says the Millennium Falcon is the fastest of the bunch, though, and can outfly them all with a max speed of 50mph.

The bad news? They won't be available in the US and Canada when they launch this fall -- you'll have to wait for Propel to bring them over. The company is taking reservations for every model right now with no need for a downpayment. You simply have to register and save between $200 to $300 for each drone, so you can grab one as soon as they come out.

In this article: blackberry, drones, gadgetry, gadgets, gear, propel, starwars, toy
All products recommended by Engadget are selected by our editorial team, independent of our parent company. Some of our stories include affiliate links. If you buy something through one of these links, we may earn an affiliate commission.