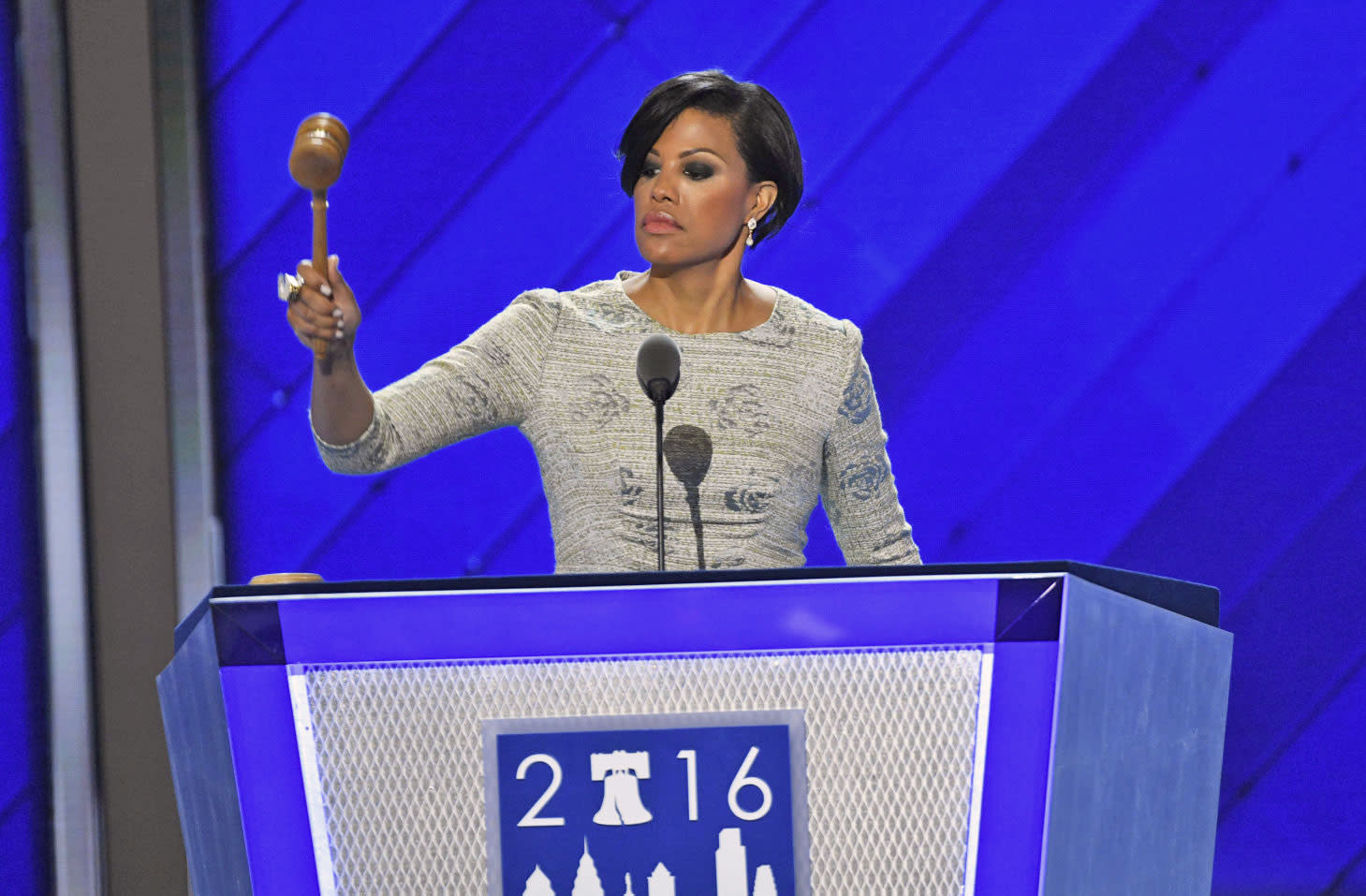 In 2012, the Democratic party platform document (released every four years at the Democratic National Convention) made barely a mention of internet privacy and how it affects US citizens. But that was before Edward Snowden's revelations. This year, as the DNC kicks off in Philadelphia, the new Democratic Party platform addresses the privacy concerns brought to light in 2013. It also gets into the recent battle over encryption that was highlighted by the FBI trying to force Apple to decrypt an iPhone connected to a murder suspect.

As President Obama said at SXSW this past March, the Democrats will "reject the false choice between privacy interests and keeping Americans safe." The party's position is that we can have security while still letting citizens keep a degree of privacy, but we're still not hearing too much on how it'll do that. It's not wildly different than the Republican take on the debate -- the party's platform says it does not want the government to become a "meddlesome monitor" in the tech industry, but it still leaves the door open for accessing encrypted information.

Obama said it'll take a public discourse to get to a comfortable place on encryption, and the Democratic platform calls for a national dialog on the issue. "We will support a national commission on digital security and encryption to bring together technology and public safety communities to address the needs of law enforcement, protect the privacy of Americans, assess how innovation might point to new policy approaches, and advance our larger national security and global competitiveness interests," the platform states.

While the platform is light on specifics in regards to the party's approach to encryption, there are more details on how it'll keep rolling back the widespread surveillance that came to light thanks to Snowden. The party says it'll "stand firm against the type of warrantless surveillance of American citizens that flourished during the Bush Administration" and also that it supports "recent reforms to government bulk data collection programs so the government is not collecting and holding millions of files on innocent Americans." Of course, plenty of these surveillance tactics went on long into Obama's presidency, but the Democrats aren't going to mention that here.

Just as in the 2012 platform document, cybersecurity gets a prominent mention. But there's not a lot of meat in terms of what the party will actually do to make our digital world more secure. The party wants to strengthen cybersecurity, punish those who violate laws and work to build international norms in how we deal with cybersecurity.

That's not wildly different than the language used in the 2012 platform, but the new document also mentions building on President Obama's Cybersecurity National Action Plan, which includes the appointment of a federal Chief Information Security Officer. The plan was introduced in February and seems unlikely to pass before the end of Obama's term, but if elected Hillary Clinton would seek to push it forward.

Some of the plan's key tenants include modernizing government IT, hiring the aforementioned information security officer, making citizens more aware of the various ways they can protect their online identities (like two-factor authentication) and investing $19 billion for cybersecurity in the 2017 budget. That would mark a 35 percent increase over 2016 budget allocation.

Both the 2012 and 2016 platforms make significant mention of the importance of high-speed internet, but the latest document contains a lot more buzzwords of the time: the dreaded Internet of Things and 5G. The platform states the intention to help widely deploy 5G wireless technology that "will not only bring faster internet connections to underserved areas, but will enable the Internet of Things and a host of transformative technologies."

The party also intends to finish the work done by the Obama administration over the last eight years to "connect every household to high-speed broadband." 2012's document state the goal connecting 98 percent of US citizens to high-speed internet; now it seems the Democrats want to close the remaining gap as quickly as possible. These initiatives aren't radically different than what the Republicans propose, but the Republican platform calls out the current administration for not doing enough to "advance our goal of universal broadband coverage." That's not an unreasonable shot: the US has often been criticized for lagging behind other countries in broadband penetration as well as overall speed.

Another place that the 2016 platform differs from the 2012 document is there's now one lone mention of net neutrality, up from zero four years ago. It's just one sentence, but at least it's pretty unequivocal: "Democrats support a free and open internet at home and abroad, and will oppose any effort by Republicans to roll back the historic net neutrality rules that the Federal Communications Commission enacted last year." Indeed, the Republican platform didn't mention net neutrality once, not surprising considering the party strongly opposes the protections granted by the FCC under Obama's watch. If net neutrality is important to you, it's clear that with one simple sentence the Democrats come out ahead.

In this article: broadband, culture, cybersecurity, democraticplatform, dnc, dnc2016, encryption, internet, internetofthings, IoT, politics, security
All products recommended by Engadget are selected by our editorial team, independent of our parent company. Some of our stories include affiliate links. If you buy something through one of these links, we may earn an affiliate commission.