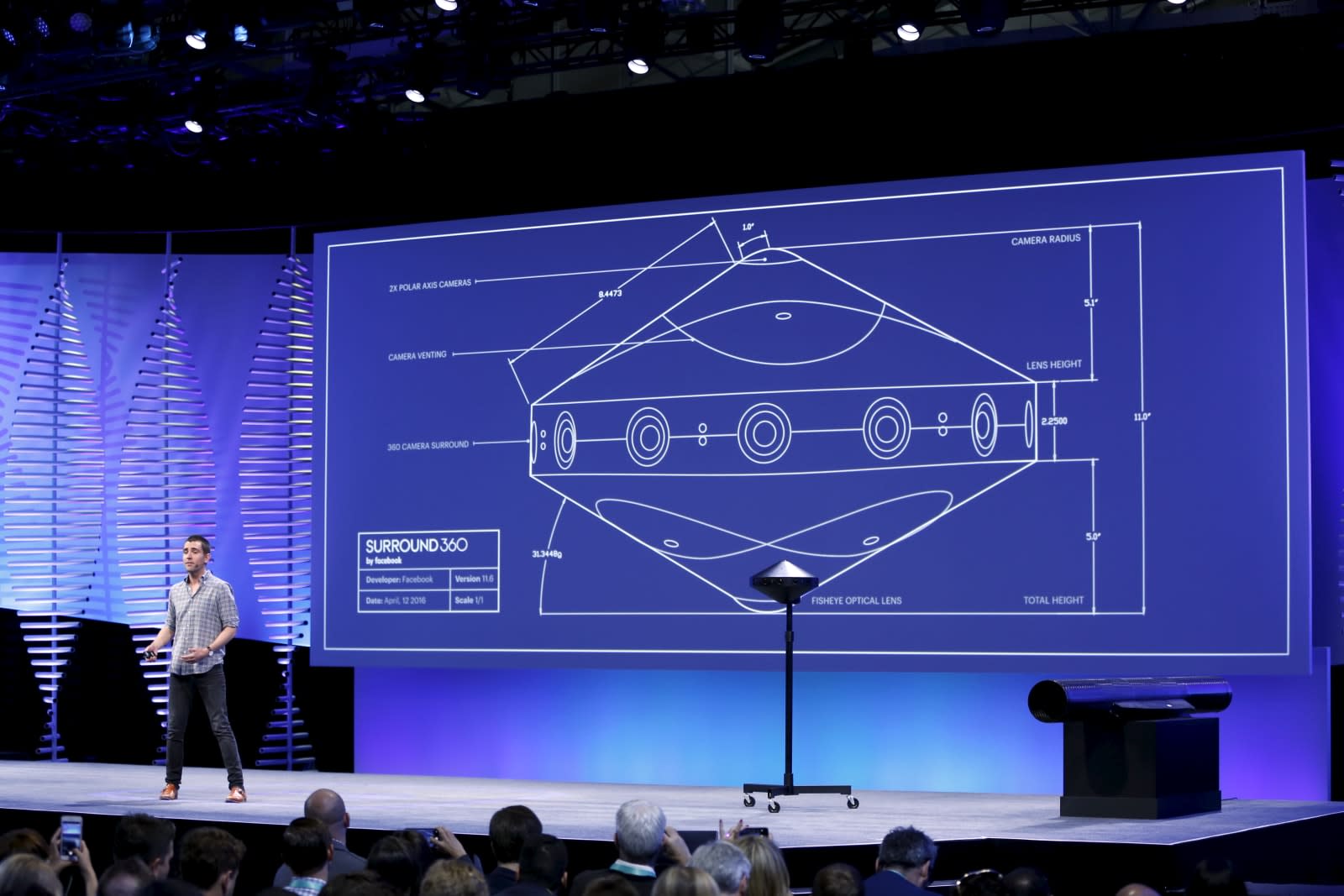 Facebook said from the start that it would open source its Surround 360 camera this summer, and it's following through on that promise. You can now visit GitHub to learn how to build the camera, install its software and (naturally) tweak both the hardware and software to meet your needs. Just keep in mind that this isn't exactly a homebrew project -- you'll need about $30,000 in parts to build the official version. It's more for video pros that want to produce 360-degree content without having to turn to pricier, pre-packaged offerings like Nokia's Ozo. Still, it's worth exploring the source if you want to either see how Facebook's VR cam works or design a lower-cost alternative.

In this article: 360-degree, 360degree, av, camera, cameras, facebook, gear, github, internet, opensource, services, surround360, virtualreality, vr
All products recommended by Engadget are selected by our editorial team, independent of our parent company. Some of our stories include affiliate links. If you buy something through one of these links, we may earn an affiliate commission.