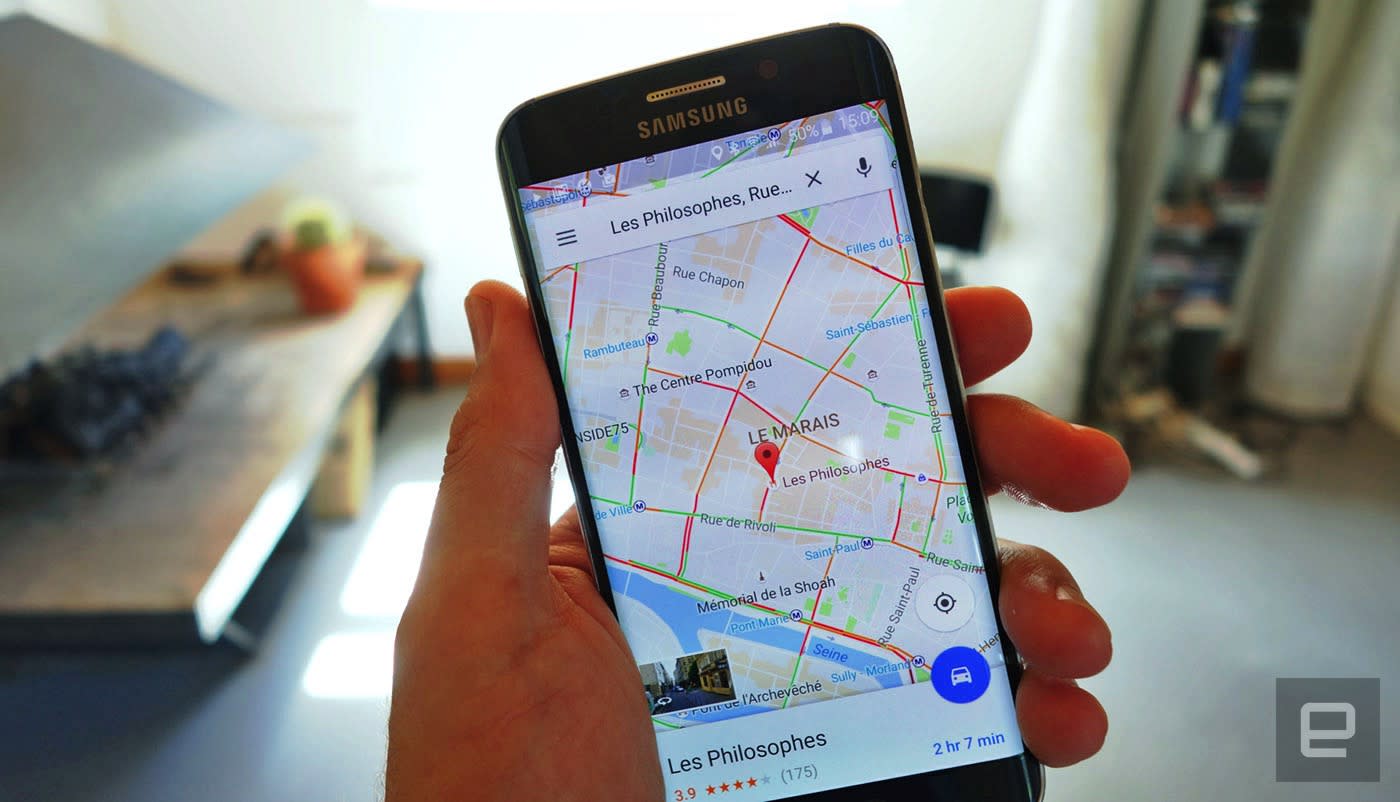 Google Maps may get a subtle change to its offline and data modes that could have a not-so-subtle effect on your cellphone bill. According to an update spotted by Android Police, it has replaced the "Offline areas" in settings with something called "WiFi only" for some users. The difference is apparently that with the new mode, Google Maps will (almost) never use cellular data, even if you're outside one of your downloaded regions. Rather, it only connects to the internet when you have a WiFi connection.

The current offline mode, on the other hand, will stop using your pre-loaded maps as soon as it gets a signal, meaning it eats into your data plan unless you shut off your radios. (The current app does let you pick whether you download your offline areas over WiFi or cellular.) Google notes that with the new WiFi mode, "a small amount of data might still be used, but it will be significantly less than while on WiFi only."

You'll need the latest version of Maps (9.32) to get the feature. However, it appears to be a staged rollout, as several Engadget editors checked and don't yet have it, even with the latest beta version (9.33) of Maps (we've reached out for more info). Once it does arrive, it will cure one of the weakest points of the app and may convince many to switch from mapping apps like Here, which has much better offline support.

Update: In an email to Engadget, a Google spokesperson clarified the scope of the company's new WiFi-only feature, noting that it's still in the testing stages.

"We're always experimenting with new features in Google Maps that can help save people time when they're on the go," the spokesperson said. "Based on user feedback, we'll determine if this feature will roll out more broadly."

In this article: gear, google, GoogleMaps, internet, mobile, Offline, PreloadedMaps, WiFiOnly
All products recommended by Engadget are selected by our editorial team, independent of our parent company. Some of our stories include affiliate links. If you buy something through one of these links, we may earn an affiliate commission.