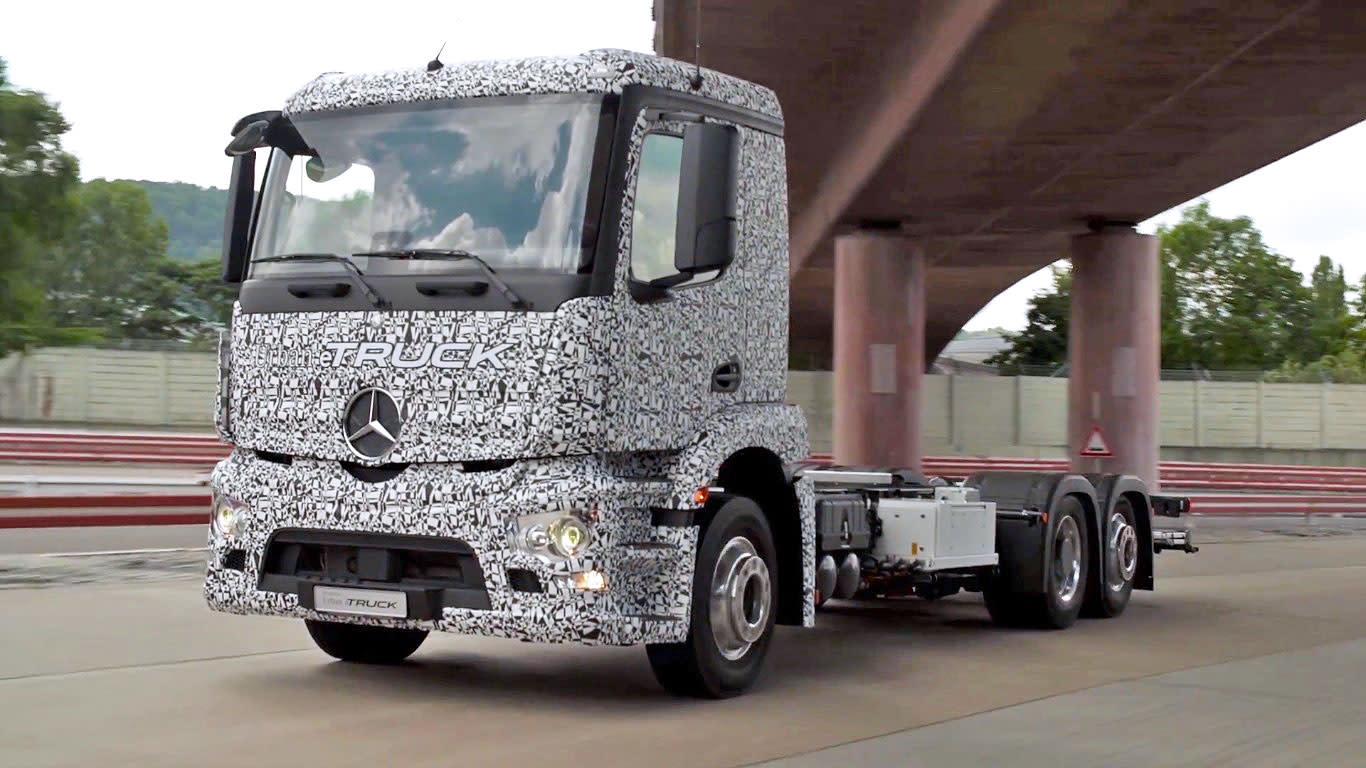 European car companies are starting to invest more heavily in green vehicles. Audi unveiled three more electric cars on Monday and Porsche added 400 jobs to how many it estimates it will create to make its electric Model E come to life. Today, Daimler revealed its milestone that wasn't in the consumer space: The first non-fossil-fuel big rig, the Mercedes-Benz Urban eTruck.

Like most electric vehicles, the eTruck is relatively whisper-quiet, especially compared to a typical diesel truck. With a weight capacity of 29 US tons (26 metric tonnes), it's the first electric big rig concept to hit the road, beating out the semi Tesla has been working on that it announced last week.

Of course, big rigs move freight across long distances, so the eTruck's current 124-mile maximum range likely won't be adequate for long hauls. But the "Urban" prefix denotes its use case: As a clean, quiet load-bearing vehicle ideal for cities. Daimler has already heavily tested the utility of close-range hauling with its Fuso Canter E-Cell pilot program, sending the all-electric 4.8-tonne capacity light trucks around Portugal last fall. The eTruck scales that concept up to the loads and conditions typically endured by semis.

Daimler envisions that its electric truck won't roll off the assembly lines until early in the next decade, according to their press release. By then, technological improvements will drive battery costs down by a factor of 2.5 and efficiency up by the same metric, the truck company estimates.

In this article: daimler, ElectricVehicle, eTruck, gear, mercedes-benz, TL16TMRWTRK, transportation
All products recommended by Engadget are selected by our editorial team, independent of our parent company. Some of our stories include affiliate links. If you buy something through one of these links, we may earn an affiliate commission.