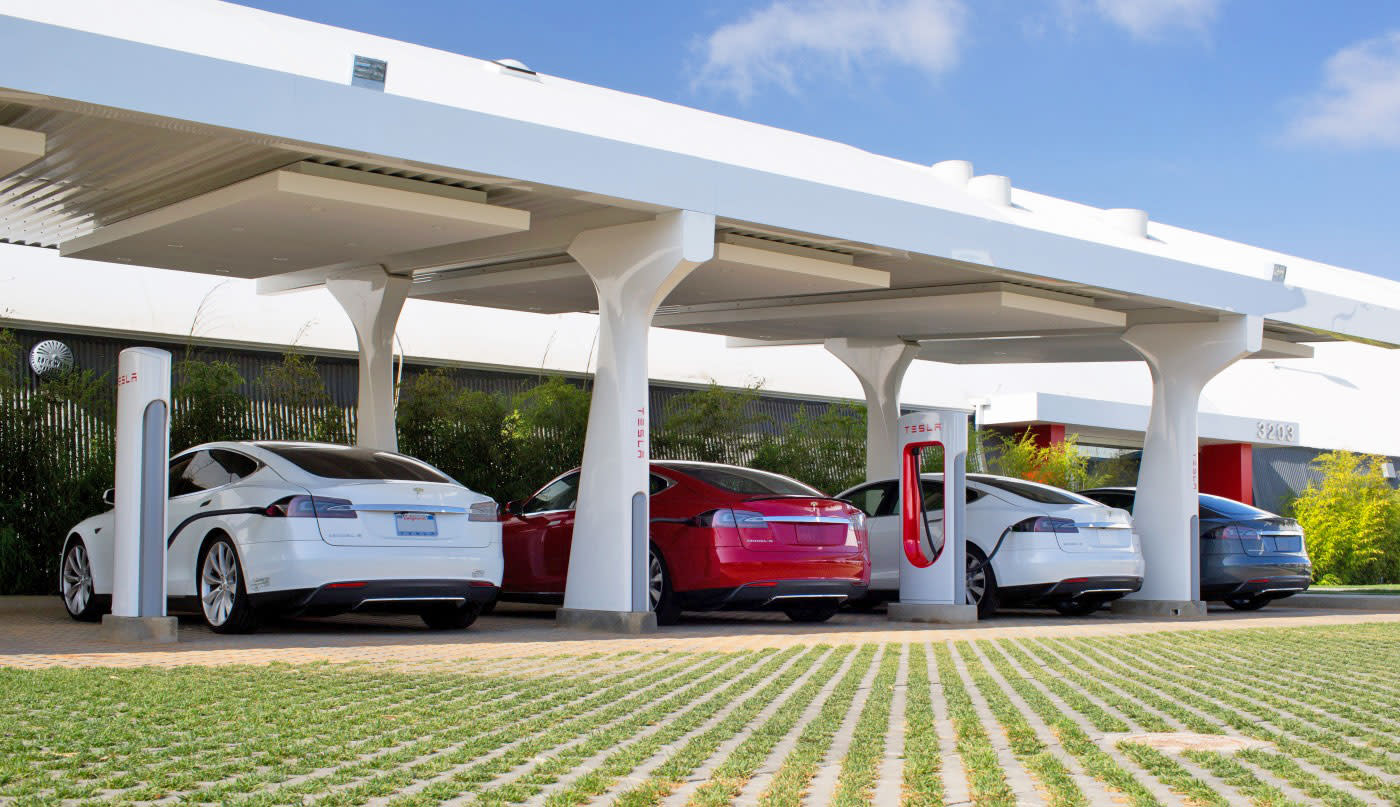 Back in 2006 Elon Musk casually revealed the plans for what Tesla Motors has mostly accomplished in the decade since, and now (after some teasing) he's back with part two. While the original "Secret Tesla Motors Master Plan" explained how the company's vision extended beyond its Roadster to cars that would become the Model S and Model 3, what's next is even bigger. Besides adding a compact SUV and pickup truck to its model line, don't expect to see any Tesla's coming out that are cheaper than the Model 3. Instead, as Musk envisions, the rollout of fully self-driving automobiles will allow owners to put their car to work when they're not using it, and make ownership economically viable for anyone (of course, it's worth noting that car companies like Ford and GM are working on similar plans of their own).

Tesla's also working on a heavy duty cargo truck under the name "Tesla Semi," and a bus, both of which Musk expects to unveil in 2017. The truck is supposed to "deliver a substantial reduction in the cost of cargo transport, while increasing safety and making it really fun to operate." An autonomous electric bus would make the driver a "fleet manager," provide added seats and better acceleration, and even take people all the way to their destination or respond to summon buttons placed at existing bus stops.

This plan also makes the case for bringing SolarCity and Tesla together. Calling the fact that they're separate "an accident of history" Musk says that as Tesla scales its PowerWall home battery product the two can make individuals their own utility, thanks to roof-mounted solar panels.

Again going to the wall for his car's Autopilot feature, the Tesla CEO said "when used correctly, it is already significantly safer than a person driving by themselves and it would therefore be morally reprehensible to delay release simply for fear of bad press." As far as a benchmark for when it will lose the "beta" tag, Musk says that will happen once it's 10 times safer than the US vehicle average.

So once cars are fully self-driving, and the "Summon" feature works from anywhere, the Tesla plan is to be able to press one button in its app that makes your car ready for use as part of its shared fleet. If it's making money while you're at work or on vacation, the idea is that it could earn even more than the lease or ownership payment, and in some areas, Tesla might own and operate its own fleet.

Oh, and if you missed out on preordering one of the first Model 3s, don't get too down -- the way Musk figures, with improvements in production "The first Model 3 factory machine should be thought of as version 0.5, with version 1.0 probably in 2018."

In this article: autonomous, Autopilot, bus, carsharing, ElectricVehicle, ElonMusk, ev, gadgetry, gadgets, gear, MasterPlan, Model3, Self-drivingCar, SolarCity, tesla, TeslaMotors, TeslaSemi, transportation, truck
All products recommended by Engadget are selected by our editorial team, independent of our parent company. Some of our stories include affiliate links. If you buy something through one of these links, we may earn an affiliate commission.