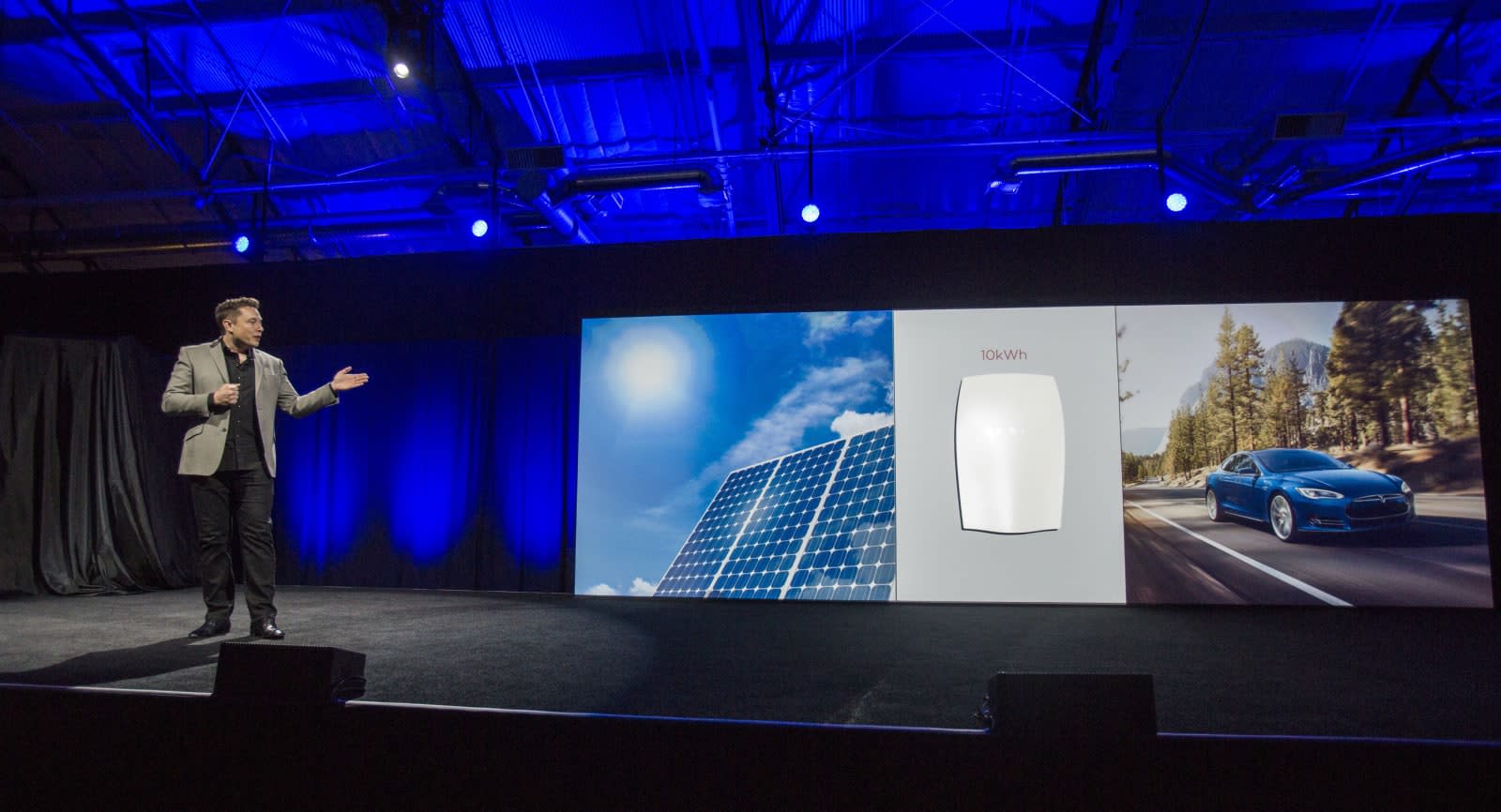 Tesla Motors and SolarCity have always had a close link (Elon Musk is the chairman of both companies, and SolarCity was founded by two of his cousins -- the Wall Street Journal breaks down the crossover here) but now they may come under one roof. They already pair up on charging stations and power for off-grid homes, but Tesla is offering to acquire the energy company, saying it wants to provide its customers with access to the "most sustainable energy source available: the sun." Soon, you might be able to shop for solar panels, home batteries and an electric car all in one place.

The way Tesla sees it, linking up a solar panel, Powerwall battery and Model S/3/X electric vehicle means offering a more efficient way for customers to consumer energy that's vertically integrated. On a call with reporters, Elon Musk said the all-stock deal would end up with a price between $2.5 and $3 billion. He also said that it shouldn't impact plans for the Model 3 or Gigafactory going forward. According to Musk, "we're not an automotive company," pointing at the bigger issues it hopes to address around providing and using sustainable energy sources.

Musk and Solar City/Tesla board member Antonio Gracias have recused themselves from voting on the proposal on either end, and the deal is subject to approval by both company's shareholders and boards of directors.

In this article: breaking news, business, ElectricVehicle, gadgetry, gadgets, gear, home, Powerwall, SolarCity, Tesla, TeslaMotors, transportation
All products recommended by Engadget are selected by our editorial team, independent of our parent company. Some of our stories include affiliate links. If you buy something through one of these links, we may earn an affiliate commission.