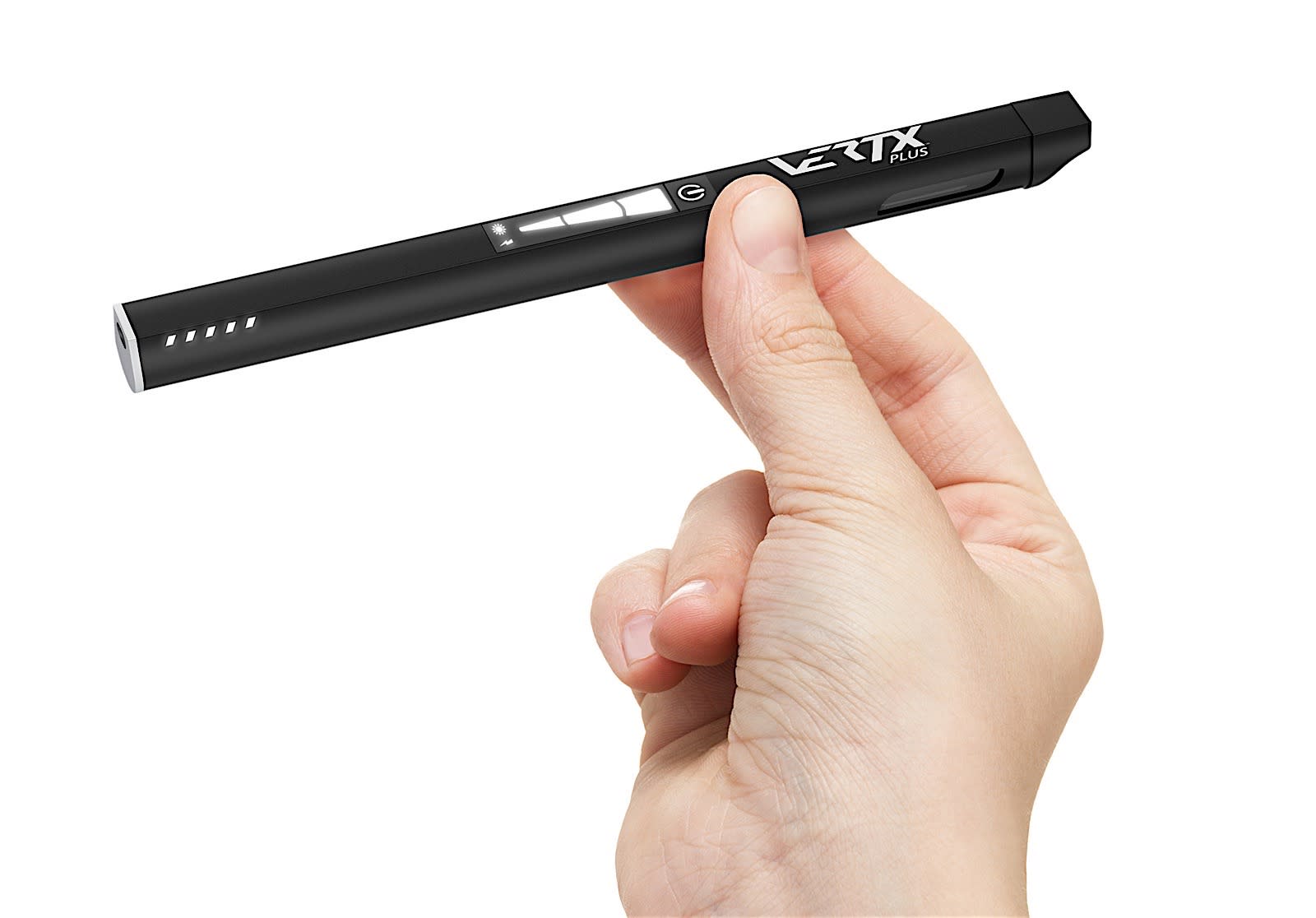 The V2 company rolled out a new e-cigarette model this morning called the VERTX. I have no idea how that word is pronounced but the device does offer a number of unique features. For one, it's the only micro e-cig on the market with a touchscreen. Users can easily adjust both the heating element's voltage -- from 3.5V to 4.5V -- and the device's LED indicators simply by swiping across the VERTX's face.

What's more, it offers a far more efficient heating element than what you'll find in similarly-sized e-cigs. The company's press release touts three times as many puffs per cartridge as previous V2 models or the PAX Juul, its primary competitor. The 420mAh lithium-ion battery promises "bigger clouds and better battery life" so you'll be able to really show everyone in the coffee shop that you're big into vaping. And keep it up for hours.

The VERTX currently relies on pre-filled cartridges that snap into place using the mystical powers of magnets. However, blank cartridges will be made available later this year allowing users to fill them with whatever e-liquid they choose (fingers crossed for hash oil).

The device will come in two varieties: the $90 VERTX Plus, which has the touchscreen, and the $50 just VERTX, which does not. They're currently only available through the V2 website though they'll be rolling out to select retailers in the coming months.

In this article: E-cigarette, ecig, gadgetry, gadgets, gear, juul, microecig, pax, v2, vaporizer, vertx
All products recommended by Engadget are selected by our editorial team, independent of our parent company. Some of our stories include affiliate links. If you buy something through one of these links, we may earn an affiliate commission.