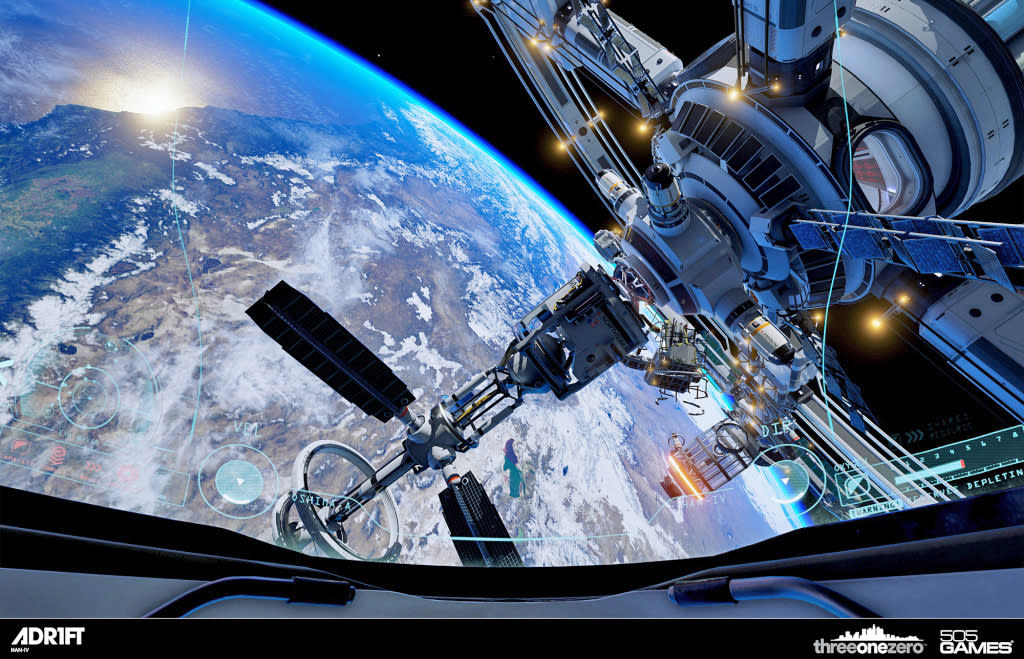 It may be a few months late, but the day is finally here: Adr1ft, Adam Orth's VR orbital survival simulator, is now available for the HTC Vive. The Oculus Rift launch exclusive was originally planned to launch on SteamVR back in May, but was delayed to build an experience unique to the HTC Vive and its motion controllers. The wait may have been worth it -- the game's creator says Vive's motion controls have changed the game in dramatic and unexpected ways.

Orth says the general control scheme, such as player movement and menu navigation, hasn't changed much -- but thanks to the Vive's motion controls, object interaction is an all new experience. "Reaching out for oxygen canisters, audio logs, terminals, collectibles, debris etc. with your arms while simultaneously micro-tuning your movement on the Wand pads and managing your oxygen adds an incredible new layer to the game that changes it fundamentally," Orth said on the ThreeOneZero blog, "For many of us on the team, it's our favorite way to play."

The game didn't get the full roomscale VR treatment, though -- Adr1ft on HTC Vive supports sitting and standing experience only. That actually makes a lot of sense, considering the zero-gravity gameplay. The developer also left in the original gamepad control scheme, for players that prefer a more casual experience. Don't want VR, but still want to get lost in space? You're covered too: the game is also available on PlayStation 4, and launch on Xbox One later this summer.

In this article: 505games, adamorth, adr1ft, av, gaming, htc, htcvive, SteamVR, threeonezero, virtualreality, vive, vr
All products recommended by Engadget are selected by our editorial team, independent of our parent company. Some of our stories include affiliate links. If you buy something through one of these links, we may earn an affiliate commission.