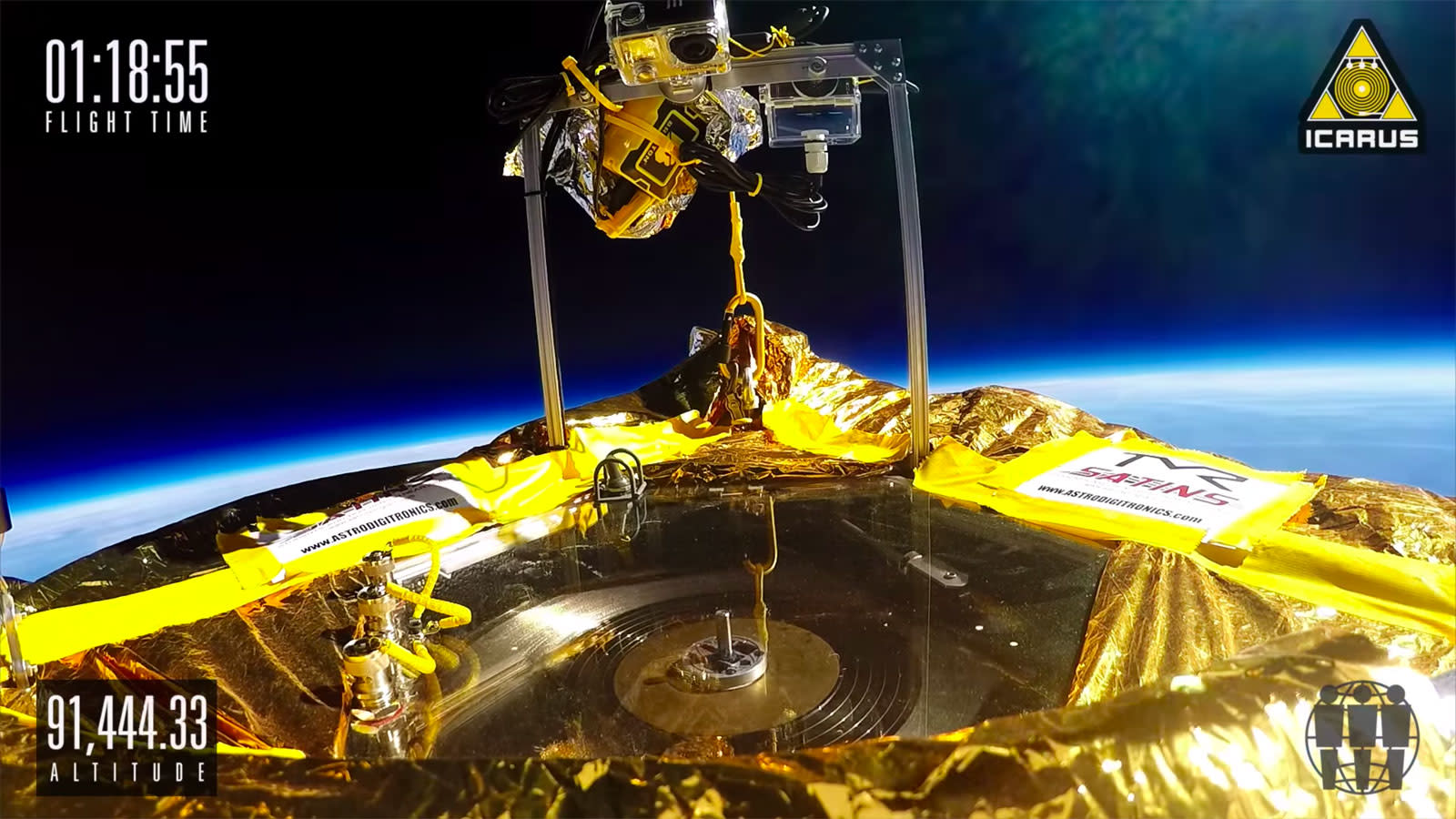 Jack White's Third Man Records label is no stranger to using technological feats to draw publicity, but its latest feat is something truly special. The company recently teamed up with Students and Teachers in Near Space to become the first to play a vinyl record, the Carl Sagan-sampling "A Glorious Dawn," at the edge of space -- to be exact, in the stratosphere at 94,413 feet. As you might gather from the video (skip to 1:21:20 to see the maximum ascent), it involved a lot more than strapping a turntable to a high-altitude balloon. Key designer Kevin Carrico explains that there were quite a few technical considerations needed to keep the record spinning for as long as possible on its journey.

The biggest challenge may have been protecting the record itself. The stratosphere's very low air levels were certain to reduce the vinyl's insulation from extreme heat -- Carrico had to use both gold plating (a bit like Voyager 1's golden record) and a heat sink-like platter to keep the record distortion-free. He also need a flight computer that would stop playing the record when things got rough, in much the same way as a PC's hard drive stops when it detects a sudden drop. Even the phono cartridge and stylus had to be tough enough to survive the trip.

If you ask White, this wasn't so much a label promo as a bid to "inject imagination and inspiration" into the minds of music fans. Even if you don't believe him, though, the stunt could still serve as a helpful reminder that we humans frequently take Earth's creature comforts for granted. The only way you can enjoy many luxuries in space (or on less forgiving worlds) is to recreate familiar atmospheric conditions.

In this article: av, balloon, culture, entertainment, icaruscraft, jackwhite, music, record, science, space, stratosphere, thirdmanrecords, TL1712CASS, video, vinyl
All products recommended by Engadget are selected by our editorial team, independent of our parent company. Some of our stories include affiliate links. If you buy something through one of these links, we may earn an affiliate commission.