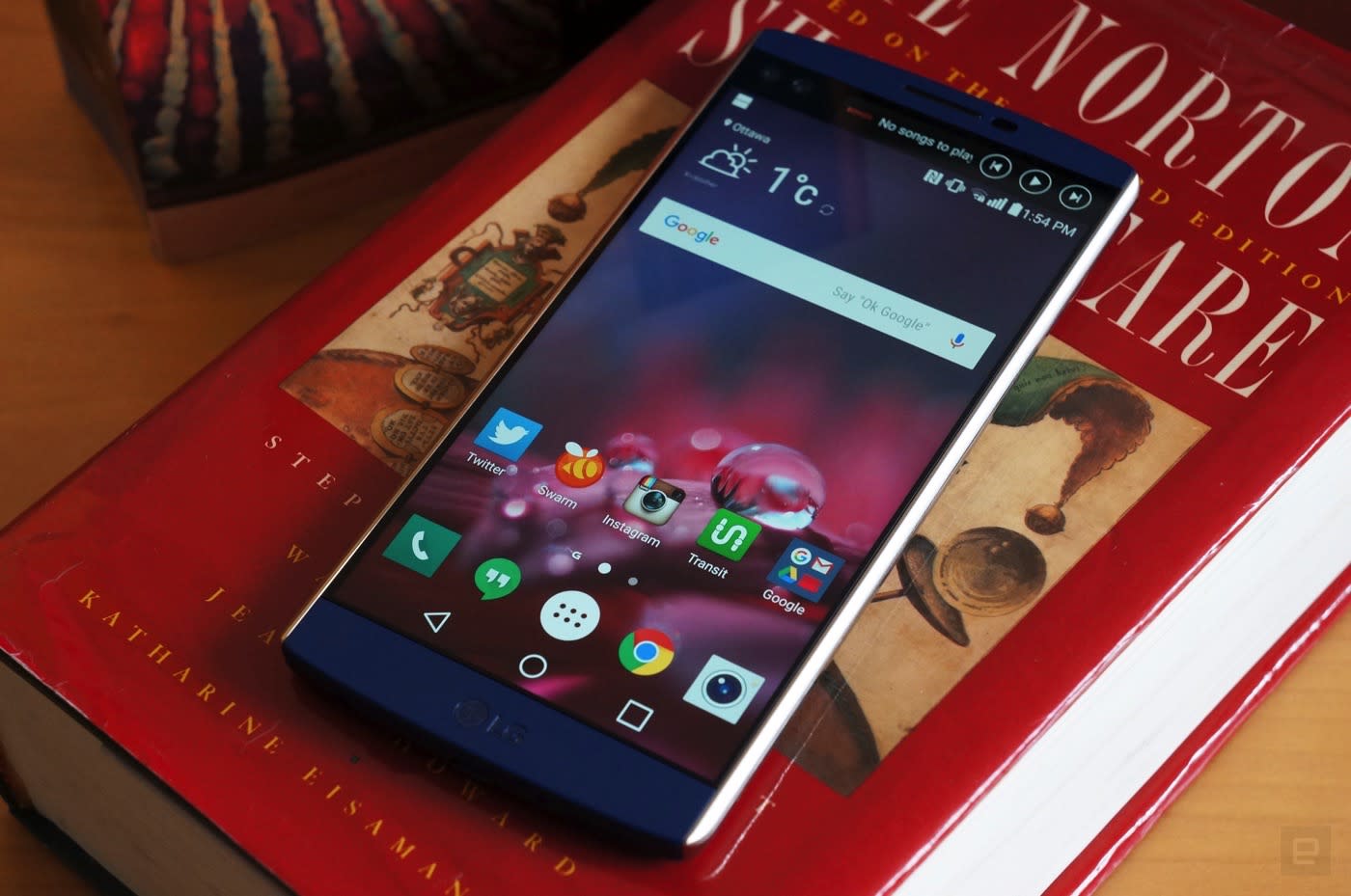 LG will launch the V20 smartphone in September, and it will be the first to get Android 7.0 Nougat. It's the successor to LG's wacky V10 phone, and will have the same dual-screen, dual-selfie camera features (no other specs were revealed). The news means that the V20 will likely be released before any Nexus phones, which are usually the first with the latest Android operating systems. That would be an unusual move by Google, but LG has confirmed the news with Engadget.

LG has built the lion's share of Nexus phones for the search giant, including the Nexus 4, 5 and 5X. With the generally low prices of Nexus models (the 5X is $349, for instance), it's understood that companies like LG and Huawei are willing to take smaller profits to work with Google. With the V20, LG gets it both ways -- it can sell the handset at a profitable price (the V10 is $600) and still be first to market with a new Android OS. Considering that the V10 was a rare bright spot for LG, that could give its flagging mobile division a boost.

In this article: Android7.0, dual-screen, dual-selfie, gear, lg, mobile, Nougat, smartphone, teaser, V20
All products recommended by Engadget are selected by our editorial team, independent of our parent company. Some of our stories include affiliate links. If you buy something through one of these links, we may earn an affiliate commission.