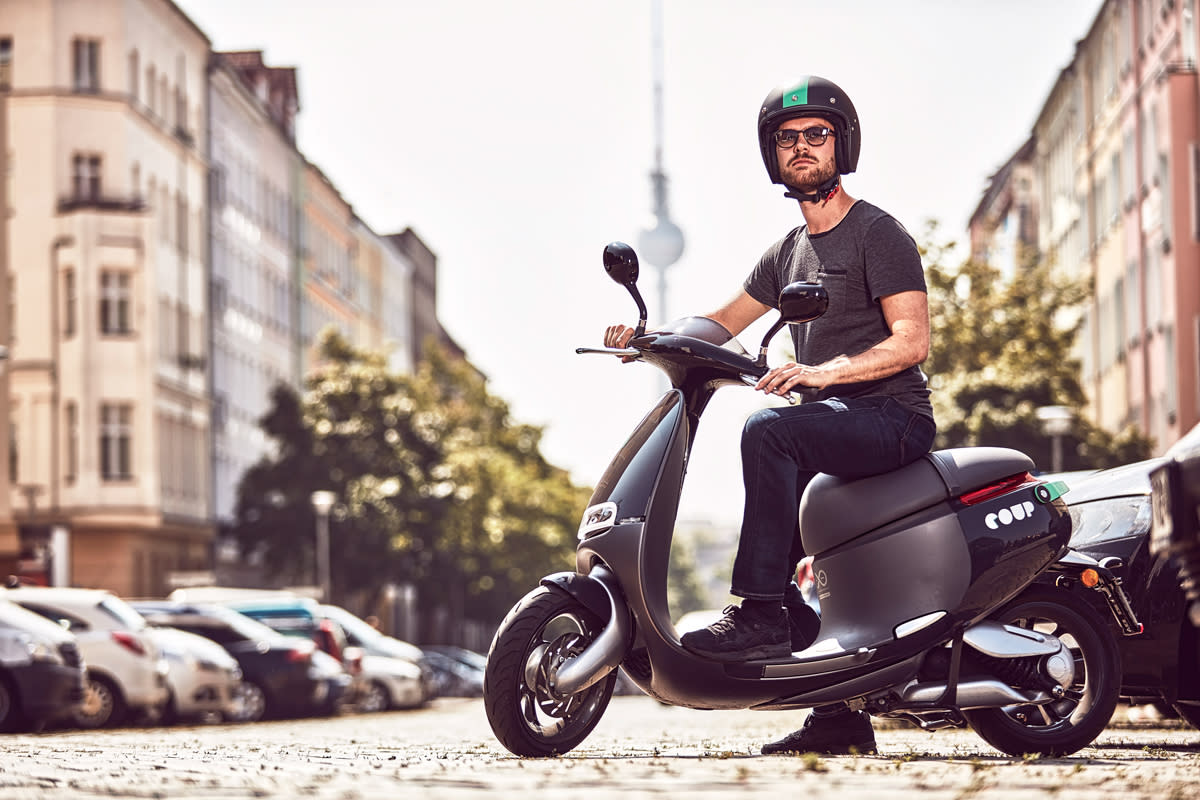 Taiwan-based electric scooter company Gogoro is expanding its reach and business model. Today it announced a partnership with Coup (a subsidiary of automotive-parts supplier Bosch) to bring 200 on-demand rental scooters to Berlin.

The Coup sharing service works similar to Scoot and ZipCar. Potential riders can find and rent Gogoro's Smartscooters via an app and ride them in the city's Mitte, Prenzlauer Berg, Friedrichshain and Kreuzberg neighborhoods. One they reach their destination, they can end the rental and leave the bike for the next customer.

One of the reasons Coup partnered with Gogoro is that the technology to track, lock and turn on the scooters is already baked into the bike's operating system. Coup will take delivery of bikes modified by Gogoro to work with the German company's cloud and app ecosystem.

Like the Gogoro Smartscooters in Taiwan, the bikes will use the company's battery swap technology. Instead of charging up the bikes, riders can roll up to a GoStation and replace one or two of the bike's batteries and be back on the road in less than five minutes.

Gogoro is already planning on launching its Smartscooters for sale in Amsterdam sometime this year. The Coup partnership in Berlin might start off as a way for commuters to catch a quick ride around town, but it also has the potential to make the German city the next European location with a Gogoro showroom.

In this article: battery, Bosch, coup, electricscooter, ev, gear, gogoro, green, scooter, transportation
All products recommended by Engadget are selected by our editorial team, independent of our parent company. Some of our stories include affiliate links. If you buy something through one of these links, we may earn an affiliate commission.