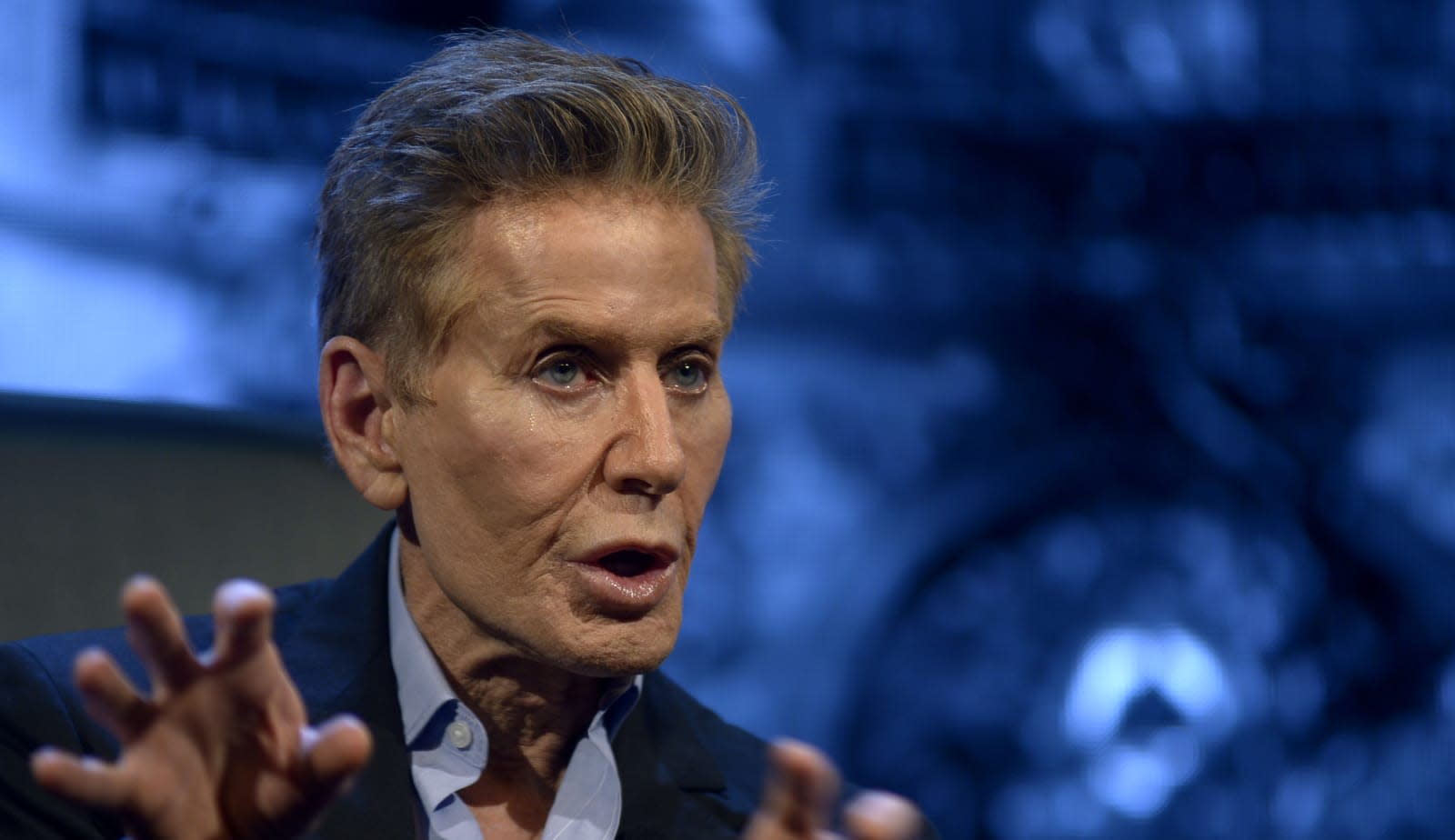 The exhausting brawl between Apple and Samsung over patents simply refuses to die the horrible, gruesome death it deserves. Samsung is the more bloodied, you may recall, having paid Apple a $548 million settlement for violating a bunch of patents (not that Cupertino is done squeezing money from the Korean company). That big payout is due to be reviewed and potentially reduced by the US Supreme Court, however, with Samsung arguing it shouldn't have had to hand over every cent of profit it made on devices that were found to specifically infringe Apple design patents. Naturally, Apple disagrees, and now it's got none other than Calvin Klein fighting in its corner.

The underwear mogul, seminal designer Dieter Rams and architect Lord Norman Foster are some of the better-known names among over 100 signatories of an amicus brief published today by Apple (PDF). These documents are submitted to courts as supporting evidence -- supporting Apple's agenda, in this instance -- and often feature the opinions of interested parties that aren't directly involved in the case at hand. Unsurprisingly, the key takeaway of the report is the Supreme Court shouldn't revisit the settlement after "the jury properly awarded to Apple all of Samsung's profits from selling its copycat devices."

The amicus brief gives us a bitesized history lesson on the importance of product design. Coca-Cola wouldn't have become "the most widely distributed product on earth" if its contoured bottle hadn't contributed to its appeal, is one example. Similarly, General Motors would never have outpaced Ford if it hadn't focused on attractive vehicle designs. The document goes on to argue design has never been more important, since tech products like smartphones all do more or less the same thing. "The iPhone did not fundamentally alter the core functionality of the smartphone." Take that quote with a pinch of humblebrag, though, as Apple does go on to say that the design of the iPhone is what elevated it so very far above competing products. Add in a ton of cognitive science research, and the message is that design is basically the only thing that gives a device meaning. A consumer doesn't see components, features or functionality; their initial impressions are rooted in visual design. In other words, they judge a book by its cover. "Appearance becomes identified with the underlying functional features and with a particular level of product quality and safety."

"Thus, when a consumer encounters a known product (or an infringing copy), the consumer identifies the look of the product with the underlying functional features." Apple is saying here: Yes, we were entitled to the total profits from infringing Samsung devices because everything that makes iPhones great is embodied by their design. Samsung was piggybacking on Apple's legacy, and profiting. "Indeed, Samsung's infringement covered the most important design elements of the iPhone. The rectangular face with rounded corners, and the home screen with colorful icons..."

This is just Apple's position, of course, which is apparently shared by numerous designers, relevant academics, experts and the like who would rather not see the value of design patents eroded by a partial refund. "We all share a strong professional interest in seeing that design patent law continues to protect investments in product design." Much like lobbying, the extent to which amicus briefs effect court proceedings is indeterminable. This document was put together by Apple in support of Apple's interests, after all, but it's also just one to Samsung's many. In fact, seven pro-Samsung amicus briefs have been submitted thus far, including one undersigned by Google, Facebook, Dell, HP, eBay and other tech companies. You see, there is widespread worry that awarding the total profits for products deemed to violate design patents sets a dangerous precedent.

Samsung likens it to handing over profits on the sale of a car with a patent-infringing cup holder. It's the obvious counter-argument: That design is just one element of a product, not the be all and end all. Furthermore, such cases could inspire trolls that will attempt to take credit for a complex piece of hardware or software based on one relatively inconsequential design similarity. It's important to note that even the Department of Justice has chimed in with a (neutral) amicus brief of its own, recommending the case be sent back to a lower court so more evidence can be collected to inform a verdict.

Whichever way the cookie crumbles, it'll be interesting fuel for patent reform debate, and it's important that it'll be decided in the Supreme Court. It's basically unheard of for design patent cases to be decided at this level -- the first in over 120 years, to be more precise.

In this article: amicusbrief, apple, calvinklein, culture, design, designpatent, dieterrams, gear, mobile, normanfoster, patent, samsung, supremecourt
All products recommended by Engadget are selected by our editorial team, independent of our parent company. Some of our stories include affiliate links. If you buy something through one of these links, we may earn an affiliate commission.