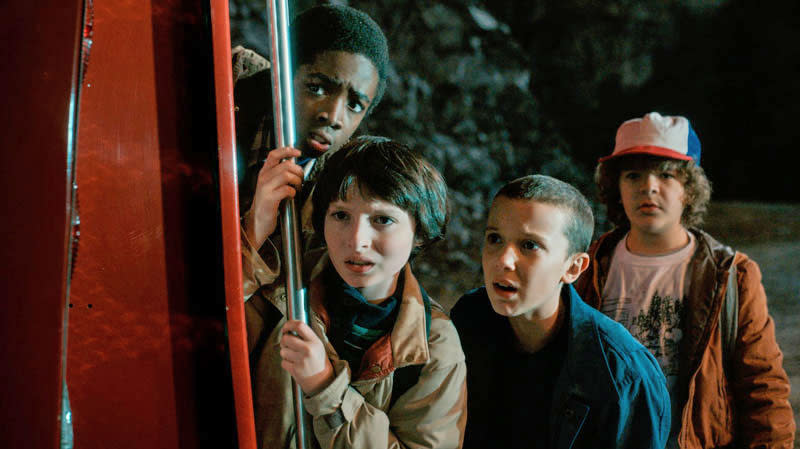 Netflix has shown an interest in creating virtual reality content, from releasing a dedicated VR app that creates a screen inside a virtual environment, to experimenting with a virtual video store. Now, Netflix has released its first 360-degree YouTube video that's compatible with 360 VR viewers, like Google Cardboard, the company confirmed to TechCrunch. The clip, which lasts under two minutes, is a recreated scene from Netflix's latest hit, Stranger Things.

The show has quickly become a fan favorite since it was released in July, and its spooky atmosphere lends itself well to VR. The eight-episode series is a love letter to supernatural 1980s classics, with inspiration from films like Poltergeist, The Shining, and E.T. Minor spoilers ahead.

Stranger Things follows the story of a young boy, Will Byers, who mysteriously vanishes due to supernatural forces, and his friends' and family's attempts to find and save him. The scene in question is when Will's mother Joyce, played by Winona Ryder, finds an unusual way to communicate with her son using Christmas lights in her house.

While Joyce is trying to figure out what Will's saying, a monster appears out of nowhere and begins chasing Joyce. That's where the 360 video begins, allowing you to fully look around the dimly lit living room and hallway while keeping an eye out for a deadly creature.

A 360 video is an interesting way to promote a series like Stranger Things, as it allows people who've yet to watch the show feel like an active participant in its eerie world, enticing them to further check out what else it has to offer. It's a well-executed video, and is a sign that Netflix is interested in VR storytelling moving forward.
In this article: 360video, av, christmas, E.T., entertainment, Netflix, poltergeist, StrangerThings, TheShining, VirtualReality, youtube
All products recommended by Engadget are selected by our editorial team, independent of our parent company. Some of our stories include affiliate links. If you buy something through one of these links, we may earn an affiliate commission.