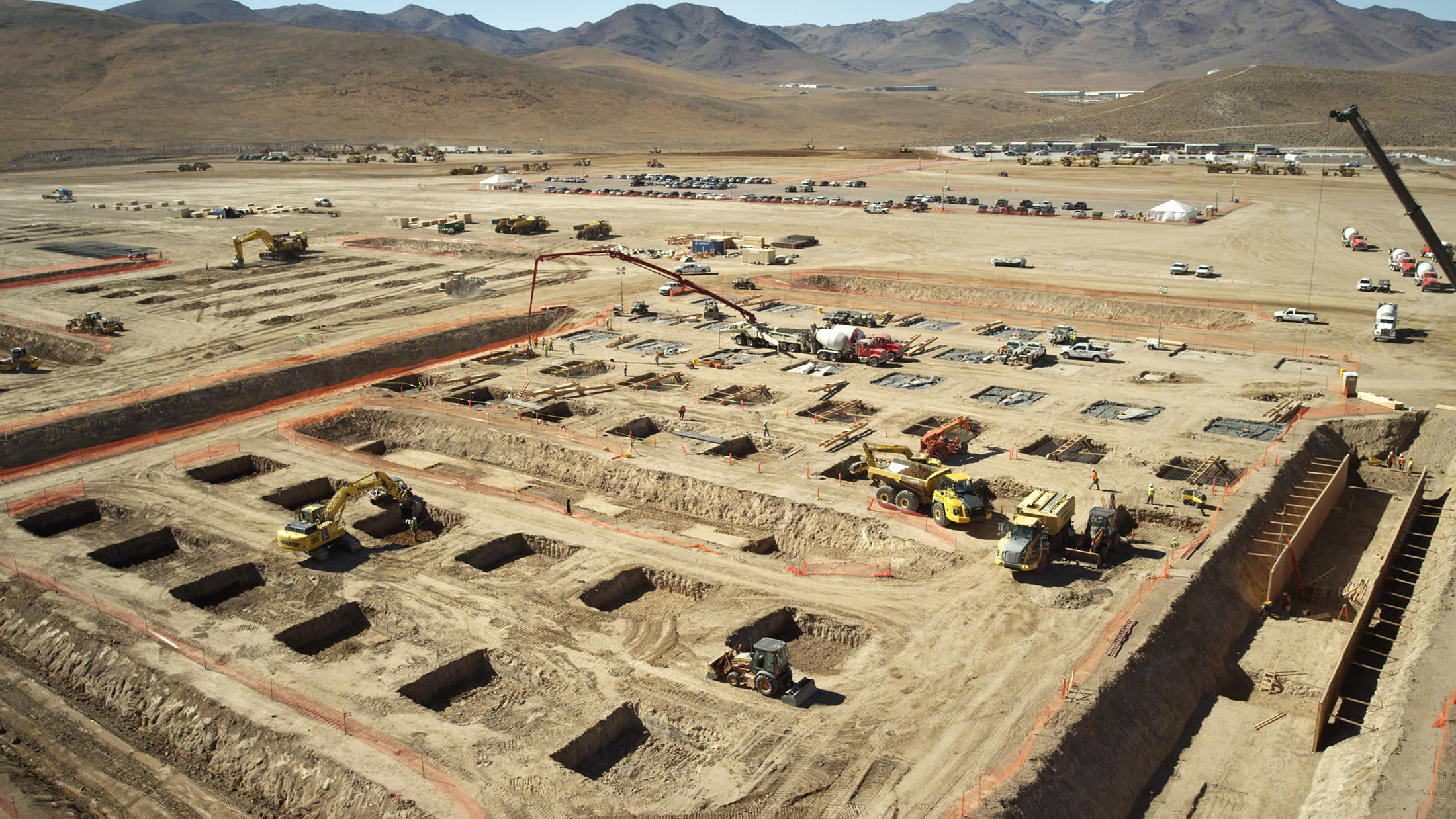 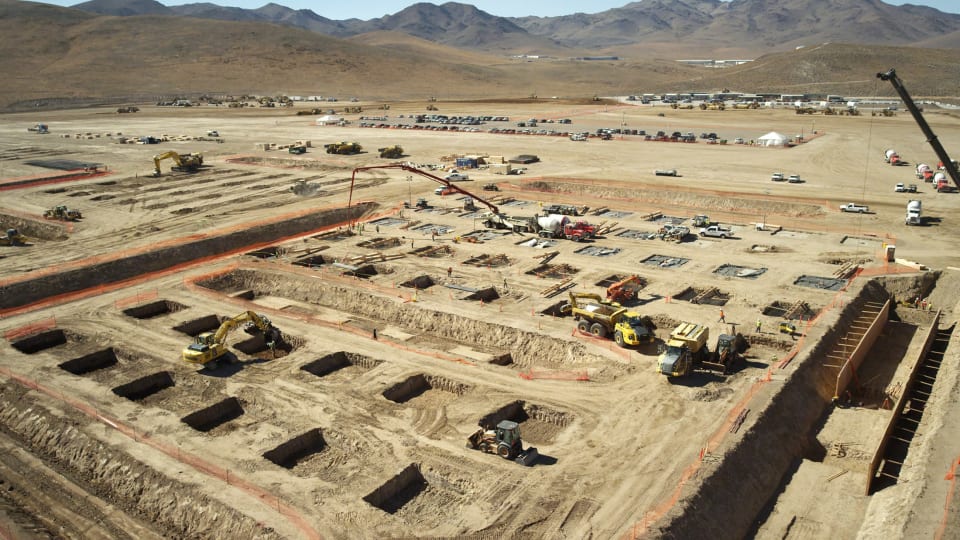 Tesla is well known for its electric cars, but you might be surprised to learn about all the other stuff the company makes. At some point in time, each of the amazing things Tesla is doing now was simply another one of CEO Elon Musk's crazy ideas. Now the company is working on batteries that can power your home, the world's largest building and a global network of thousands of zero-cost electric car chargers. Read on to learn about six incredible Tesla projects -- aside from electric vehicles, that is.

The largest building in the world

A big part of Tesla's evolution centers on the company's massive battery factory, called the Gigafactory (because "mega" doesn't sound big enough), which is under construction outside Reno, Nevada. There, Tesla will manufacture batteries for its electric cars as well as its home energy storage solutions. Only 14 percent complete at present, the Gigfactory is expected to be the world's largest building by footprint once it's finally complete in a few years. The factory aims to cut the cost of the lithium-based car batteries by 30 percent and is projected to nearly double the global production of lithium batteries once the factory is fully operational. If anyone ever questioned Tesla's commitment to clean energy, the Gigafactory -- which Elon Musk says could be the first of several the company builds around the world -- should erase all doubt.

A battery that can power your house When Tesla unveiled its long-awaited residential battery system this past spring, it sold out in a flash. The $3,500 Powerwall allows homeowners to store energy from solar or other renewable sources, as well as off-peak grid energy, to be used whenever desired. As with any Tesla innovation, the Powerwall system launched with lots of room for improvements, and Tesla responded to overwhelming sales by quickly ramping up development of a second-generation model to go on sale this summer. The new version, dubbed Mark II, will replace the larger capacity option for the Powerwall system, branching off into a new product line, paving the way for the future of home energy solutions. Electric cars run on batteries that drain with use, so what's a Tesla driver to do when the power level gets low and they aren't at home? Tesla thought about this issue early on, and opened its first public charging station in 2012, calling it a Supercharger for its ability to charge a Tesla car battery in under an hour. Over the years, Tesla has invested more and more in the charging stations, expanding the network to include 4,157 superchargers in 681 stations worldwide as of July 2016. The chargers are open to the public and free for all Tesla owners to use.

Select Supercharger stations also have photovoltaic roofs that generate some of the electricity used to power up the car batteries, and Tesla plans to eventually power all of its stations entirely with solar power. The company has also been working for several years on deploying battery-swapping stations at many of the Supercharger locations, which would allow Tesla drivers to pick up a fully charged car battery and leave their drained battery behind in a process that takes as little as 90 seconds. Although this product hasn't yet been released, we know Tesla has been working on it for some time. Musk unveiled a prototype last year for a robotic snake arm that would connect to Tesla models for easy charging without any human involvement, and the video of the arm in action is quite exciting. Like something straight out of a futuristic science fiction film, the arm curves and stretches to find and plug in to the electric car's charging port. Musk hinted that robotic arms like this may some day be sold to private customers who could install them at their homes, making charging a breeze. It's also possible that we could eventually see these automated charging arms installed on some of the company's many Supercharger stations, which might make it possible for drivers to charge their EVs without even getting out of the car. Tesla may be the first car company to have a portable showroom that can be transported on the back of a flatbed truck. The "Tesla Mobile Container Store" toured the United States and Europe last summer, starting over Memorial Day weekend in Santa Barbara, California. Because Tesla doesn't sell its vehicles in traditional dealerships, the company must open its own showrooms to give potential customers a chance to check out its snazzy electric cars in person. Tesla has showrooms in a number of states, the result of many sticky battles against state regulations and dealership owner associations, but a modern company like Tesla likes to do things a little differently. In addition to the mobile showroom, Tesla is experimenting with other methods of reaching new customers, such as putting its all-electric Model X SUV on display in a Los Angeles-area Nordstrom. With all of these products and projects moving forward at lightning speed, it's clear that Tesla is evolving as rapidly as its product offerings. As the company geared up for the official grand opening of its Gigafactory last week (despite the facility being far from completion), Musk released "Part Deux" of his original master plan, now 10 years old. In the update, he revealed several of the ambitious projects that will wow the green car industry in the years to come. For starters, Musk said Tesla will release a series of heavy-duty trucks and buses as soon as 2017, and may dig deeper into the solar power industry with its bid to buy SolarCity.

Tesla also aims to continue improving its self-driving technology both for efficiency and increased safety, which is no surprise following the first fatality associated with the Autopilot program, as well as work to innovate other ways for Tesla drivers to benefit financially from owning cars that appear to come from the future.

In this article: design, ElonMusk, gear, gigafactory, green, inhabitat, MarkIi, modelx, partner, powerwall, robots, science, snakecharger, supercharger, syndicated, Tesla, teslamarkii, teslamodelx, transportation
All products recommended by Engadget are selected by our editorial team, independent of our parent company. Some of our stories include affiliate links. If you buy something through one of these links, we may earn an affiliate commission.