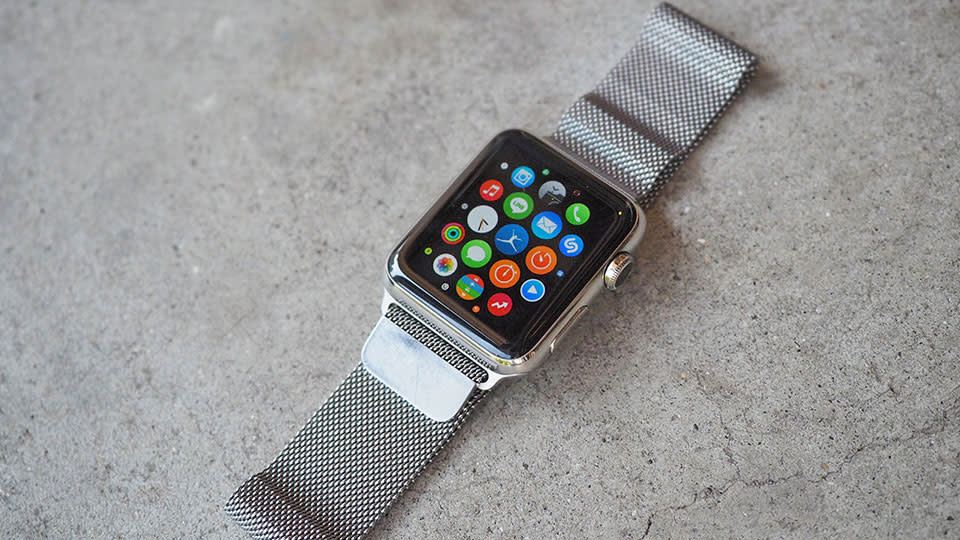 Across the land, armchair speculators are all talking about one thing: if we'll get a new Apple Watch this year, and what features it'll get. But Ming-Chi Kuo, an analyst at KGI Securities, believes that his wild speculation might be worth paying attention to. He's told his clients -- as reported by MacRumors and AppleInsider -- that a second Apple Watch will arrive in the second half of this year. His note suggests that the device will get a faster processor, GPS, barometer, better waterproofing and a bigger battery.

Some of those additions would easily pass a smell test, like the addition of a built-in barometer and better waterproofing. Those seem like the sort of decent, incremental refinements that Apple is famous for producing year-on-year. But the more capacious battery seems a little harder to swallow given Sir Jonathan Ive's well-publicized aversion to adding power at the expense of thickness. Although it's likely that smaller internal components may provide enough space to cram a few more mAh inside the case.

We're not so sure about Kuo's claim about GPS being added to the device, given the power such a module currently requires. With the first-generation Watch, you're likely to get through a day of normal use with 20 to 30 percent of charge left in the bank. GPS requires an order of magnitude more power, and Polar's dedicated running smartwatch has a 500mAh battery and can get 8.5 hours of GPS on a full charge. The first-generation 42mm Apple Watch has a 205mAh cell, and unless the company has developed a new low-power module, it's simply not going to happen for a while.

The report also mentions that LTE support will come to the watch in 2017 and that the 2018 version will be medically reliable enough for FDA approval. LTE in a smartwatch isn't impossible since we've already seen it in LG's Urbane LTE, but we expect that Apple will, again, need to research low-power options before adding it. As for FDA approval, we can't speculate on something that's so far away, although Apple is one of a handful of tech companies with the money and patience to see something like that through. Not to mention, of course, that it's already made in-roads into drug research using its ResearchKit platform.

Way back in 2013, TUAW ran an analysis of Ming-Chi Kuo's analyses and found that "Half of Kuo's predictions ultimately turn out to be either partially or substantially incorrect." Like when he suggested that prices for Apple Watch would start at $1,000 (it didn't) or that Apple would launch a HDTV in 2015 (it didn't) or that the non-Retina MacBook Pro would be killed off forever in 2013 (you... you get the idea).

In this article: 2016, Analyst, apple, AppleWatch, gear, Ming-ChiKuo, Rumor, wearables
All products recommended by Engadget are selected by our editorial team, independent of our parent company. Some of our stories include affiliate links. If you buy something through one of these links, we may earn an affiliate commission.