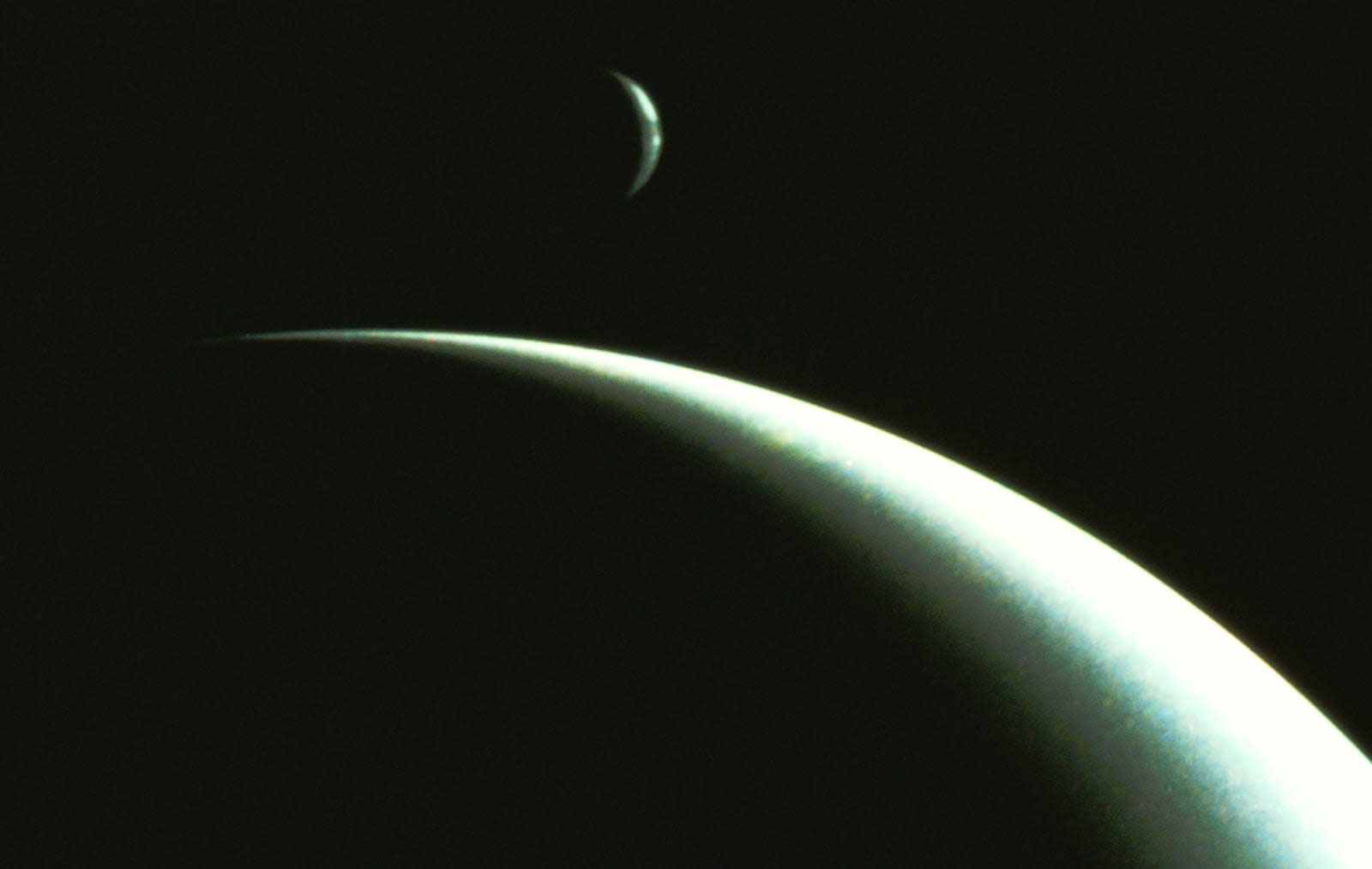 Past Neptune, in the outer solar system, astronomers have recently discovered a new mystery object orbiting the sun on a plane nearly perpendicular to the rest of the planets. Adding to the weirdness, the trans-Neptunian object, which has been nicknamed "Niku," is also spinning around the sun backwards, in the opposite direction of the rest of the planets. So far, astronomers have little idea what could cause such abnormal celestial behavior.

Planetary systems are defined by the flat plane of dust and gas that forms around a star. Thanks to the angular momentum of the solar system, all of the objects circle around the sun in the same direction. But as the astronomers who discovered Niku using the Pan-STARRS telescope on Haleakala, Maui noticed, the object is currently above the plane of the solar system and moving upwards. That means some other force must have acted upon the object in order to set it on this path.

"It suggests that there's more going on in the outer solar system than we're fully aware of," Matthew Holman, a senior astrophysicist at the Harvard-Smithsonian Center told The New Scientist. Although Holman's team initially thought the other mysterious object beyond Neptune, Planet Nine might have influenced Niku's orbit, further analysis showed Niku is too close for any possible Planet Nine to have an impact. The team did, however, discover that Niku, which is estimated to be less than 200 kilometers in diameter, is actually a part of a group of objects, all of which are circling the sun backwards on the same 110-degree plane.

Although this data is all just hinting towards some unknown conclusion for now, Konstantin Batygin, one of the researchers who first theorized about a Planet Nine, is excited by the new trans-Neptunian object. "Whenever you have some feature that you can't explain in the outer solar system," Batygin told the New Scientist, "it's immensely exciting because it's in some sense foreshadowing a new development."

In this article: neptune, niku, outersolarsystem, pan-starrs, Pan-starrs1, planetnine, science, space, trans-neptunianobject
All products recommended by Engadget are selected by our editorial team, independent of our parent company. Some of our stories include affiliate links. If you buy something through one of these links, we may earn an affiliate commission.