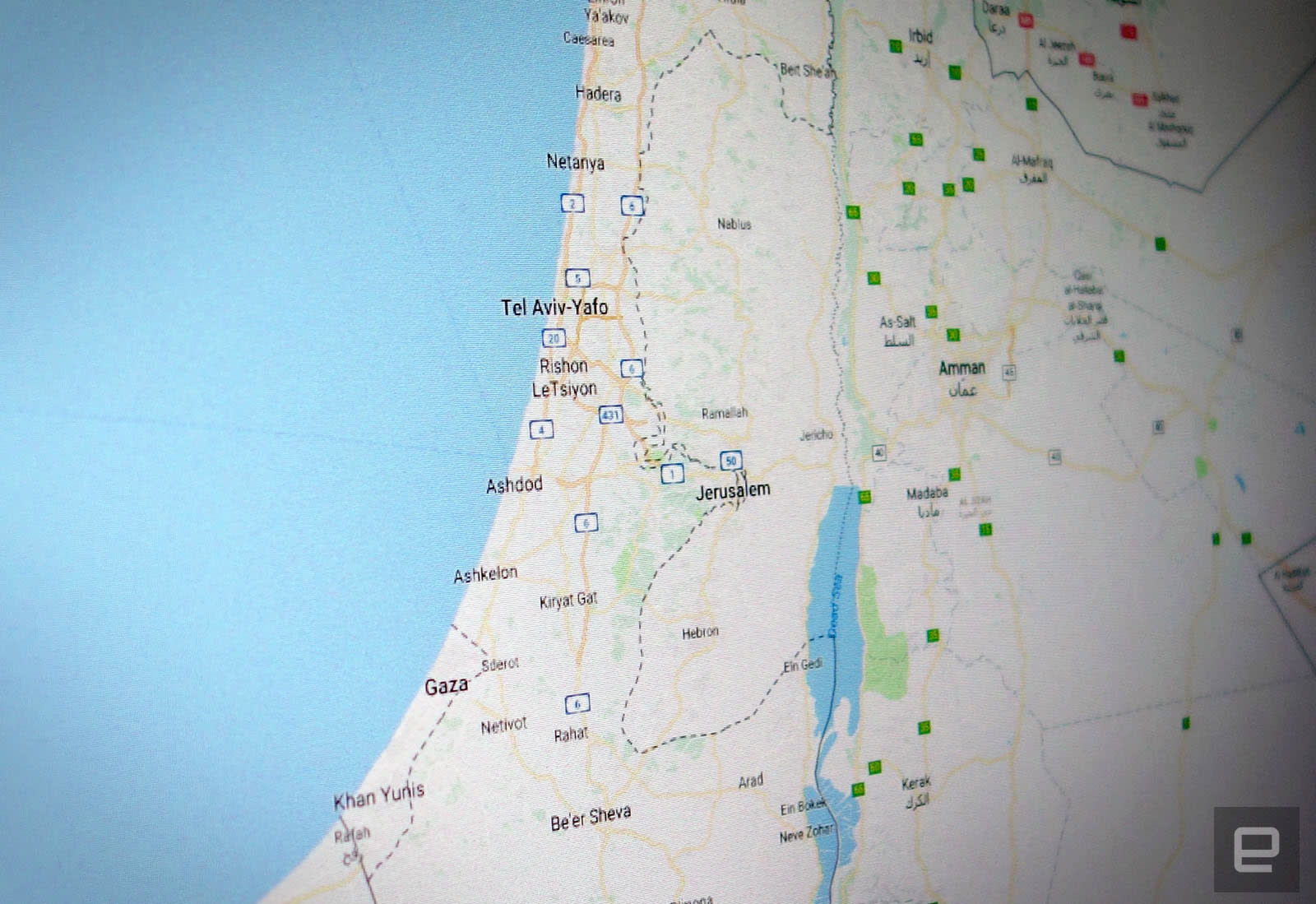 Services like Google Maps have not just functional but symbolic importance, as a bug on a map of Israel has proved. A Gaza City journalism group spotted a change in the way Google represented Palestine on a map of Israel, causing outrage on both mainstream and social media in the Middle East. "[Our group] condemns the crime carried out by Google in deleting the name of Palestine, and calls for Google to rescind its decision and apologize to the Palestinian people," the Forum of Palestinian Journalists said in a statement.

Much of the Middle-Eastern media, along with Twitter and Facebook users, are demanding that Google relabel the region, or even all of Israel, as "Palestine." However, the Maps app never had that label in the first place, and Google tells Engadget that a glitch is to blame for the change. "There has never been a 'Palestine' label on Google Maps, however we discovered a bug that removed the labels for 'West Bank' and 'Gaza Strip.' We're working quickly to bring these labels back to the area," a spokesperson says.

Google shows a dashed border around West Bank and Gaza, and defines cities in those regions as Palestinian if you click on them. A Wikipedia knowledge box on Maps describes Palestine as a "de jure sovereign state," a term selected by the United Nations in 2013.

Google has just removed Palestine from its maps. But we will always resist and prove our presence 🇵🇸#PalestineIsHere pic.twitter.com/ISHYVYGxCj

I am changing my homepage and search engine.
Because I can't find what I am looking for @google @googlemaps #PalestineIsHere

Though Google never used (and therefore never removed) the "Palestine" label, many social media users and mainstream news sites believed that it did. That sparked a #PalestineIsHere hashtag, with many folks declaring that they'd deleted Google's services.

The outcry may be misplaced, but the incident shows the care that companies like Google, Apple and Microsoft must take with how they represent regions. That applies particularly in politically sensitive regions, where people see maps as a lot more than just a collection of data points.

In this article: culture, Gaza, google, GoogleMaps, Israel, Label, Palestine, politics, services, WestBank
All products recommended by Engadget are selected by our editorial team, independent of our parent company. Some of our stories include affiliate links. If you buy something through one of these links, we may earn an affiliate commission.