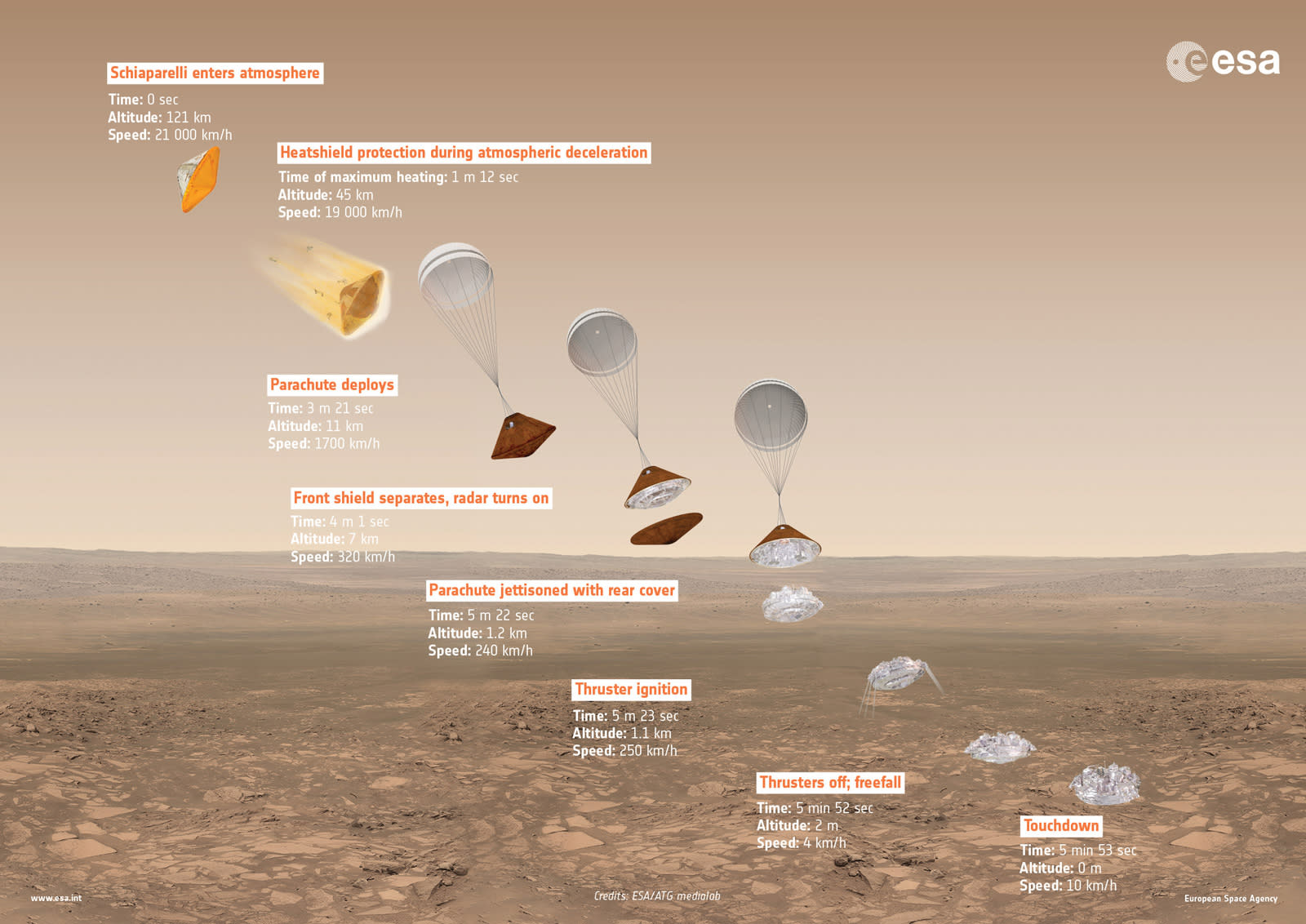 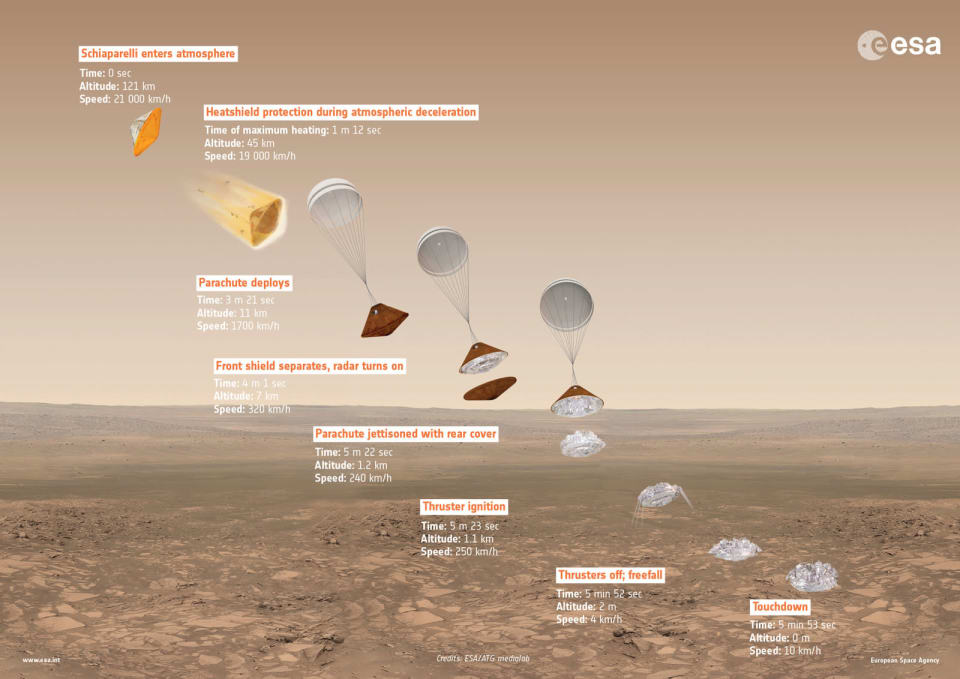 Nearly 13 years after the British spacecraft Beagle 2 went missing on Mars, the European Space Agency's Schiaparelli module will touch down on the red planet -- assuming everything goes according to plan, that is. The module, which launched with the ExoMars Trace Gas Orbiter in March, will serve primarily as a test bed for the descent and landing systems and is expected reach the surface on October 19th.

Unlike NASA's Curiosity rover, which has been exploring Mars for four years now, Schiaparelli's mission is a short and immobile one. The module relies on a battery source that is expected to last somewhere between two and eight Martian sols. (At about 24 hours and 37 minutes, a sol is slightly longer than an Earth day.) The ESA plans to land Schiaparelli in the Meridiani Planum, which NASA's other long-running rover Opportunity explored in 2004. During it's short time on the surface, Schiaparelli will study the electrical fields that trigger Martian dust storms and weather patterns, then upload the data back to the Trace Gas Orbiter to transmit back to Earth.

Even after the module runs out of juice, the TGO will remain in low orbit until at least 2022, searching the Martian atmosphere for methane and other rare gases that may hint at the presence of organic life. Altogether, the data from the TGO and Schiaparelli will help guide ExoMars' next mission to Mars in 2018.

In this article: ESA, EuropeanSpaceAgency, exomars, schiaparelli, science, space, tracegasorbiter
All products recommended by Engadget are selected by our editorial team, independent of our parent company. Some of our stories include affiliate links. If you buy something through one of these links, we may earn an affiliate commission.