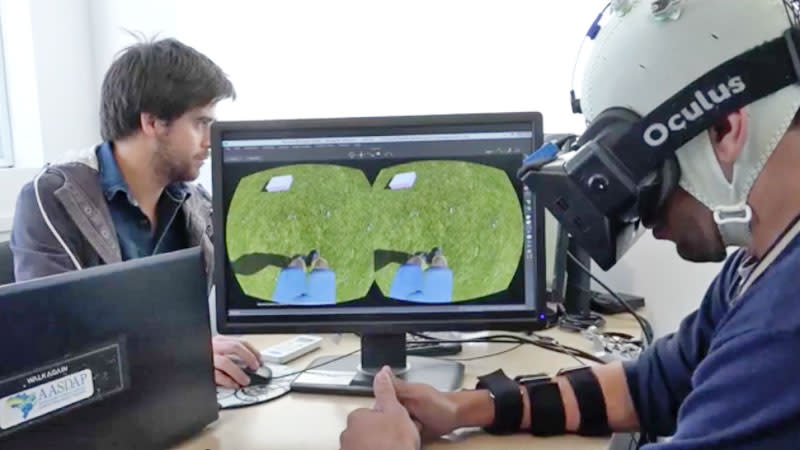 The system and its resulting experiments, conducted by Duke University neuroscientist Miguel Nicolelis and his colleagues, was successful in opening up partial restoration of muscle control and sensations in patients's lower limbs. This was possible after the patients were put through an aggressive training regiment with brain-controlled robotics and VR technology. This level of recovery is unprecedented in patients with long-term paralysis, according to the research, and was successful in restoring some sensation to eight patients previously diagnosed with spinal cord injuries.

The training programs utilized brain-machine interfaces (BMIs) in conjunction with virtual reality tech to establish communication between the brain and a computer, which gives patients control over external devices using only their mind. Virtual reality assisted patients with visualizing the brain-controlled movements and mind-body awareness. With a representation of their own bodies they were able to better make a connection between VR and their physical beings to make the training regimen more successful.

Patients regained varying amounts of sensation, ranging from some feeling and muscle control to an astonishing ability to move in a 32-year-old woman who had been paralyzed for 13 years. She was able to move her legs on her own with her body weight supported by a harness after just 13 months of treatment.

While these experiments aren't the first to test treatments like this one, they are certainly some of the more promising ones. The researchers are looking forward to testing out additional treatment plans in the future on more recently-injured patients to see how things change.

In this article: medicine, paralysis, science, virtual reality
All products recommended by Engadget are selected by our editorial team, independent of our parent company. Some of our stories include affiliate links. If you buy something through one of these links, we may earn an affiliate commission.