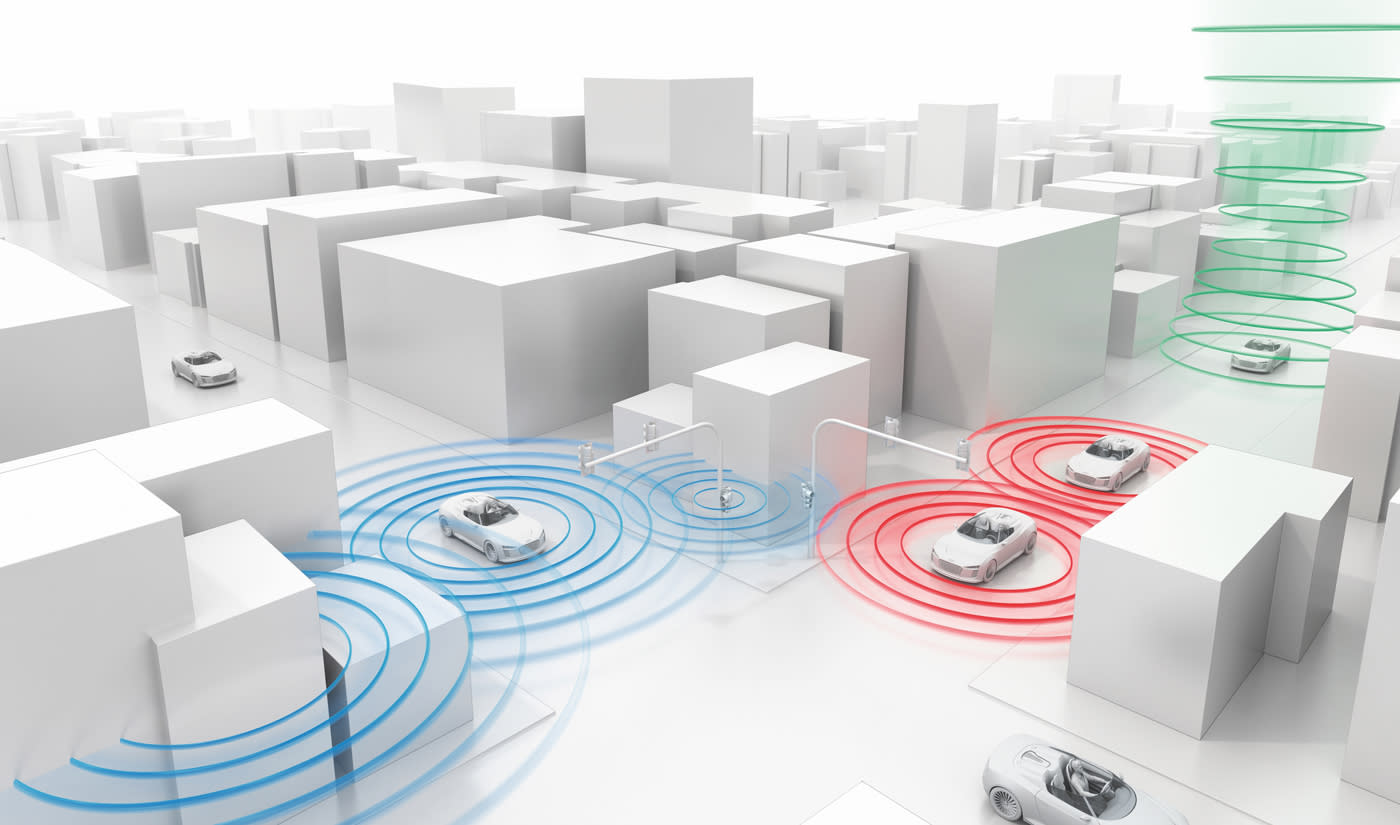 If you've ever been stuck at a red light that seems to last an eternity, you'll be happy to know that Audi announced that it's going to start work with municipalities to tell its cars when a light is about to turn green. The automaker says this is the first step in a Vehicle to Infrastructure (V2I) partnership with cities that will be launching this fall.

The Audis won't be talking to the traffic lights directly, instead the vehicles will use their built-in LTE connection to get information from a participating city's central traffic control system. Using that data and GPS, the cars will be able to show on the dashboard when an upcoming signal will turn green.

The system does not use the upcoming DSRC V2V (vehicle to vehicle)/ V2I (Vehicle to Infrastructure) standard. Instead it uses partner Traffic Technology Services to establish a data relationship with the municipalities. As a vehicle enters a "zone" it requests a one-time unique token to establish communication with the infrastructure to request the stop light phase.

As for DSRC, Audi product and technology communications senior specialist, Justin Goduto said it's not quite ready for widespread deployment yet. Audi wants to move forward now. "For the time being using this methodology gives us true integration to the infrastructure," Goduto said.

The technology needed to get all that green light information is available in 2017 Audi Q7, A4 and A4 Allroad vehicles built after June 1, 2016. Drivers will also need to subscribe to Audi Connect Prime. As for the cities, the automaker isn't ready to announce where the V2I infrastructure will roll out first. But it hopes the system will be working in five to seven metropolitan areas by the end of the year.

In this article: Audi, gear, greenlight, infrastructure, services, traffic, transportation, V2i
All products recommended by Engadget are selected by our editorial team, independent of our parent company. Some of our stories include affiliate links. If you buy something through one of these links, we may earn an affiliate commission.