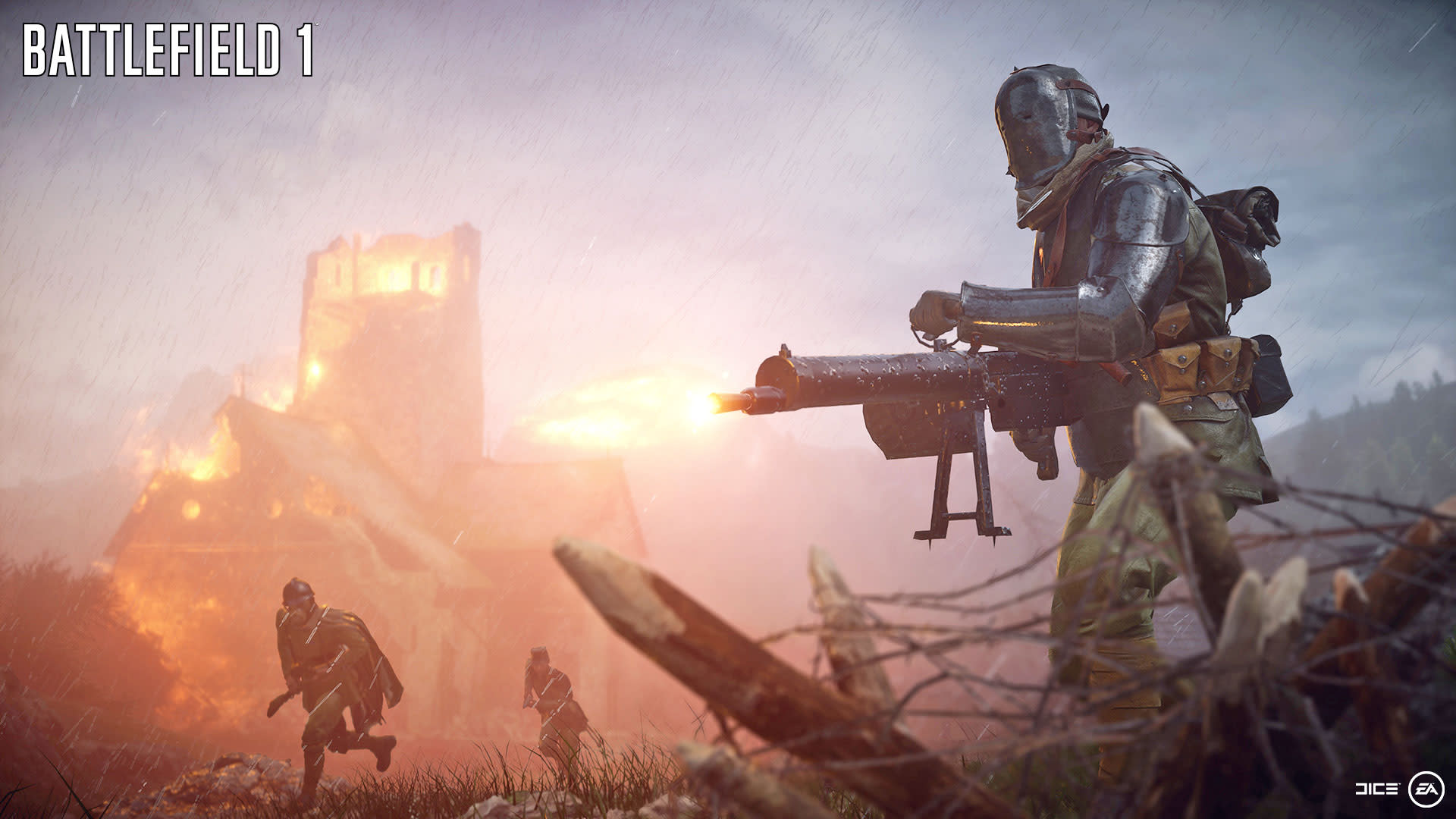 Eager to play Battlefield 1 but can't wait until the game's October 21st release date? Well, good news. Electronic Arts has announced that a 64-player open beta for the first-person shooter will begin August 31st on PlayStation 4, Xbox One, and PC.

The beta will feature one map called the Sinai Desert, which will include playable dogfights in the sky, and two modes that should be familiar to Battlefield fans: Conquest and Rush. You'll be able to try three classes -- Tank Hunter, Sentry, and Flame Trooper -- ride war horses, and control a powerful armored train.

If you sign up for the Battlefield Insider program, which grants you in-game rewards and a sneak peek at news for the upcoming game, you can play the beta three days earlier. Just pick your preferred gaming platform before August 21st to be eligible. Developer DICE will also be hosting a Twitch livestream of Battlefield 1 that you can watch tomorrow at noon PT.
In this article: av, battlefield, battlefield1, beta, DICE, EA, gaming, pc, playstation 4, Shooter, twitch, xbox one
All products recommended by Engadget are selected by our editorial team, independent of our parent company. Some of our stories include affiliate links. If you buy something through one of these links, we may earn an affiliate commission.