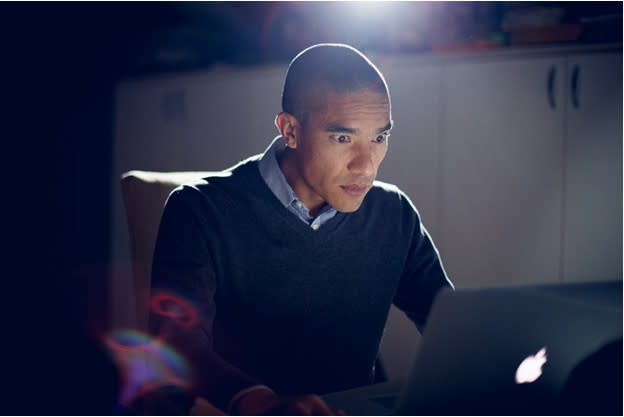 Clickbait is an extremely relative term. If internet is to be believed, Clickbait isn't actually good as it generally signifies provocative content or something that holds back a substantial amount of information. For me Clickbait isn't all bad. It is a necessary evil that needs to be incorporated at times. To be precise, it is more of a pejorative term, targeted towards online revenue generation.

In simpler words, Clickbait brings forth sensational headlines, sensual thumbnails and breeds on the curiosity gap of the readers. It holds back a lot and still offers enough to pique interests. Lately, I have come across several YouTubers who have been opting for clickbait-y titles for generating views. While this isn't actually wrong, I am certainly against misleading titles and falsified bits of information doing rounds of the internet.

If the rules of yellow journalism are revisited, Clickbait is a twisted derivative of the same. If the conventional resources are accounted for, this approach hardly offers legitimate news pieces and thrives on eye-catching titles. While exaggerations are undesirable, sensationalizing something isn't all bad if it abides by the guidelines and morality of ethical journalism. Some marketers prefer leveraging Clickbaits for better Click-throughs but recently Facebook has taken a big stride towards eliminating them— almost completely.

Facebook attracted mix opinions on its latest stand as many think banning Clickbaits will only reduce the curiosity quotient associated with the posts. The headlines like "You will never believe......" and "One weird trick" are easily distinguishable but there are some posts which generally live up to the hype and offer all that is teased (mostly listicles)— even more.

Adam Mosseri, Vice President Product Management, Facebook said, "We want publishers to post content that people care about and we think people care about headlines that are much more straightforward." However, there have been mixed reactions on what Mosseri said to the New York Times. More often than not, straightforward topics sound boring and a bit of Clickbait comes in handy. However, it is hard to draw the lines based on an algorithmic change as the set of codes can hardly distinguish between black-hat and reasonable Clickbaits.

It depends upon the nature of your business. If you are marketer who is trying to go sane and avoid Clickbait— opt for keyword specific titles. This is the first tip to avoid being called a Clickbait-er. Refrain from hooking readers with an ambitious listicle. Lastly, opt for shorter titles and reasonable levels of sensationalism— which can be justified by the concerned post.

However, for readers looking to avoid Clickbait— things aren't as straightforward as they seem. Not clicking on links and titles isn't a long term solution for combating Clickbaits. The trick is to stay away from articles and sumptuous links that look too tempting. Marketers often get a hold of your search habits and send out related links which need to be avoided.

Do follow 'Betteridge's Law' of headlines for sensational headlines. It states that any title that ends with a question mark can be automatically answered with a 'No'. Upon encountering such headlines, there isn't any need to click further as more often than not— it will be a Clickbait.

Next step would be to evaluate the GIFs before clicking on the same. A cute rabbit might be too gullible to click on but it can actually be a lab rat of sorts. It would be advisable not to fall for topics which are relatable to the real-life. Clever writers draft titles like "Don't Like this Page" which actually propel our levels of curiosity and we end up doing what isn't right.

Finally, the trick is to stay ahead of the reverse psychology thrown at you. Steer clear of titles like "Fight between a wrestler and a 17-year old: See who wins". Headlines like these often offer the exact opposite of what is being expected and it is advisable to stay away from such links.

This isn't out of hatred but I did come across an article which seems to have delved into the territory of Clickbaits.

6 iPhone Hacks You Didn't Know About is a pretty good article with a great heading. Being an iPhone user, I was tempted to click on the same. However, the enumerated points are something which any regular iPhone user would know about. This is the reason I consider the title to be slightly sensationalized and treading on edges of Clickbait.

The article on the whole is pretty good and acceptable but I would like to propose a change in the title— in order to make it more believable. Something like "6 iPhone Hacks You Tend to Overlook" or '6 Common iPhone Hacks You Barely Notice".

This will only require a minor tweak in the introductory paragraph and things will be back on track.

Clickbait isn't that bad when the publisher is able to live up to the hype generated via headlines and titles. The only issue I have is with the information provided by the misleading Clickbait-ers who show off a lot more than what they can offer. With Facebook tying up the loose ends, it will be a refreshing change to see concise and clearer titles for the concerned posts.

Do share your Clickbait experiences and we can discuss more!