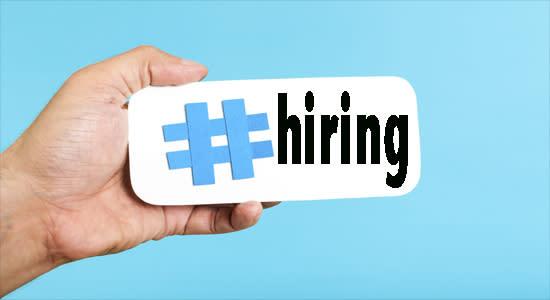 The economy has improved significantly since the end of the Great Recession. Unfortunately, finding a job can still be very difficult. It can be much harder if you don't use social media appropriately.
According to employer interviews, 91% of agents use social media to conduct background checks on prospective applicants. Almost half of employers check Facebook profiles before making a job offer. Plenty of hiring managers have admitted denying jobs to people based on their social media profiles.
If you're serious about finding a new job, it's time to clean your profile up. Your odds of finding a good job will increase exponentially if you take the following steps.

1. Get Rid of Embarrassing Photos

Do you have College photos of yourself binge drinking on spring break? It's best to get rid of them.
Like it or not, employers will hold unflattering pictures against you. They won't overlook them just because you shot them during college.

Of course, potential employers will look carefully at your transcripts and employment history before considering giving you a job. If they are looking at your social media profile, they're probably already interested in you.

However, major spelling and grammatical errors can turn them away. Don't assume your stellar resume will erase embarrassing typos from their memory. Your social media profile is essentially a resume, so treat it as such.

Many people freely discuss their political views on Facebook and other social media platforms. While you're entitled to your views, they can hurt you during the job search process. Lynne Gobbell was fired from her job during the 2004 presidential elections for having a John Kerry bumper sticker.
The federal government doesn't have laws protecting political speech during the hiring process. California and New York do protect political views, but the vast majority of other states do not. You can unfortunately be fired or denied a job based on what you believe.

Therefore, it's a good idea to remove any politically orientated content from your profiles. This is particularly true if your views are likely to offend a large number of people, such as your support for Donald Trump. Your views aren't wrong simply because they aren't popular, but that will protect you during the job search process.

Creating strict privacy settings won't necessarily stop employers from finding your profile, especially if they require you to show it before getting the job. However, it can minimize the risk of they'll find anything that paints you in a negative light, which will work to your benefit.

It's a good idea to set your profile so anyone can find it, but people outside your friend network can't see the majority of your posts. You may also want to create a few benign posts that can be visible to anyone, so employers won't dig deeper to look for more controversial content.

You probably don't want to make your profile invisible to anyone outside your friends network. Some employers have assumed people doing this are dishonest for hiding their social media presence and denied them jobs.
All products recommended by Engadget are selected by our editorial team, independent of our parent company. Some of our stories include affiliate links. If you buy something through one of these links, we may earn an affiliate commission.