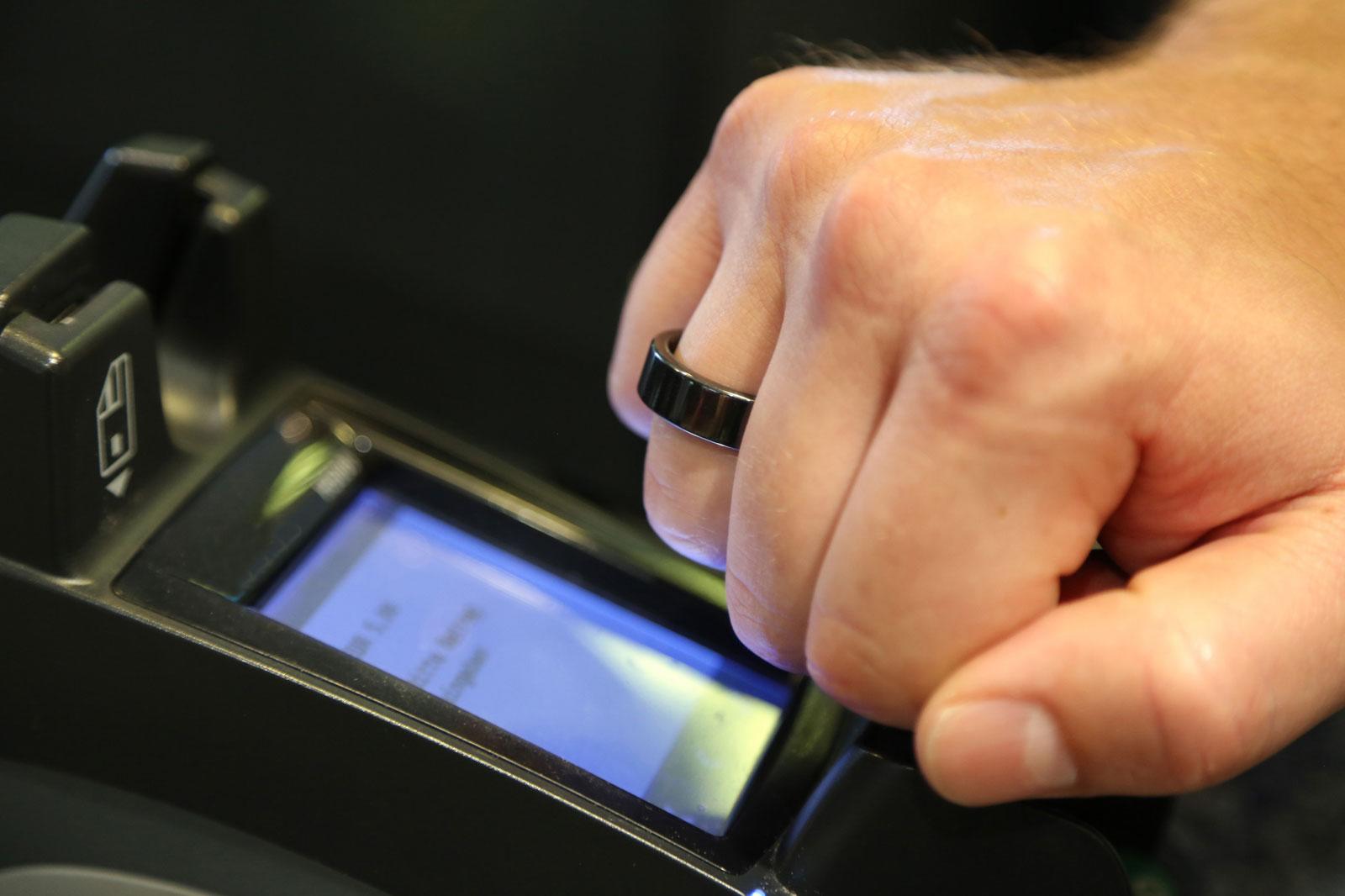 That Visa-based payment ring is no longer limited to athletes who made it to the Olympics in Rio. Anyone can now pre-order an NFC Ring that lets you tap to pay at many store terminals without pulling out your phone or twisting your wrist. Plunk down about $53 (£40) and you can get one in your size around its expected December ship date. As with the Apple Watch, you don't need your phone around once you've set it up -- it uses anonymizing tokens to make payments all by itself. It's not flawless (we found that you have to hold it at an angle for best results), but it's far subtler than many existing payment methods.

Update 8/26: Visa tells us that the payment-capable NFC Ring isn't the same product as what athletes tried. It just happens to embody the same general concept. With that said, Visa says it has "future plans" for the tech it showed off -- you'll just have to wait longer to see that.

In this article: emvco, gear, infineon, nfc, nfcring, ring, visa, wearable, wearables
All products recommended by Engadget are selected by our editorial team, independent of our parent company. Some of our stories include affiliate links. If you buy something through one of these links, we may earn an affiliate commission.