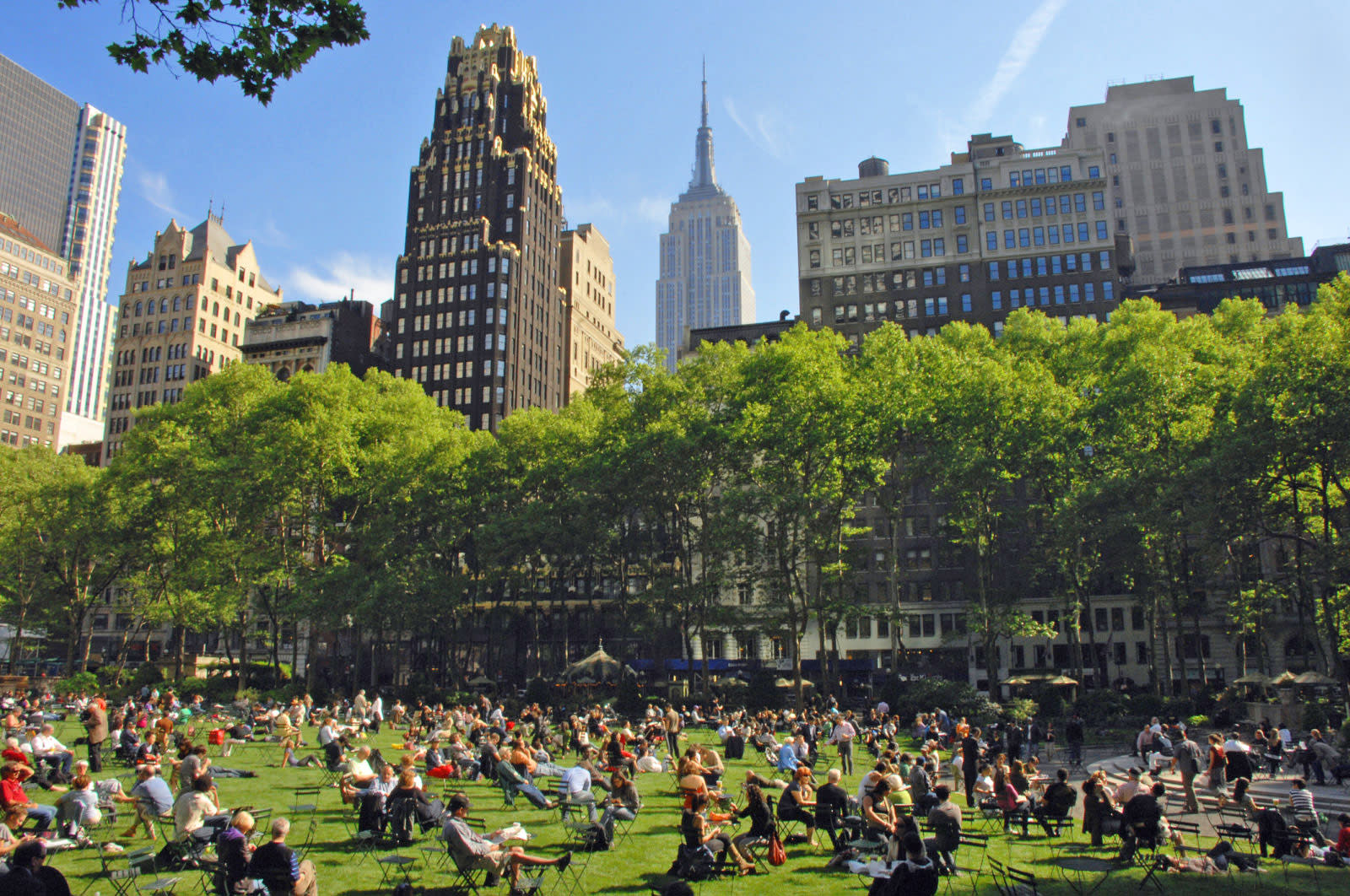 Like any other potential advertising space, New York City's Bryant Park needs information about its visitors in order to attract potential sponsors. To gather that information, the private Bryant Park Corporation, which runs the city-owned park, has announced a new partnership with data analytics firm PlaceIQ allowing the BPC to glean anonymized data from visitors' mobile phones that can be used to create a generalized picture of the parkgoers and their movement or buying habits.

While visitor numbers are a useful metric for planning park events and estimating foot traffic, PlaceIQ's platform tracks more than just the size of the crowds. According to PlaceIQ's handy Bryant Park infographic, the company has already determined that only 19 percent of visitors live in Manhattan, but the average visitor is 50 percent more likely to visit Macy's and twice as likely to shop at PetSmart or do their banking with Bank of America. Which is all useful data the Bryant Park Corporation can leverage while courting potential sponsors for events like film nights in the park (sponsored by HBO), morning yoga on the lawn (sponsored by Athleta) or the seasonal "Winter Village" (sponsored by Bank of America).

As AdAge reports, PlaceIQ and several other similar companies gather their information from mobile app location data (which most users allow access to when they download free mobile apps) or from geo-targeted mobile ads. Although the data is anonymized and not tied a specific user's phone, it still creates a surprisingly complete picture of the visitors to the park.

While the prospect might seem alarming to privacy advocates, it seems location tracking is an inevitable part of the future of public green spaces. In 2015, London came under fire after a Guardian report revealed the city's massive 350-acre Hyde Park spent 12 months collecting similarly aggregated and anonymized data. In both cases, the administrative bodies have claimed the information will give them better insights into who uses the parks, allowing them to better manage the sites.

In this article: bryantpark, bryantparkcorporation, culture, GeoTargeting, mobile, NewYorkCity, placeiq, privacy, security
All products recommended by Engadget are selected by our editorial team, independent of our parent company. Some of our stories include affiliate links. If you buy something through one of these links, we may earn an affiliate commission.