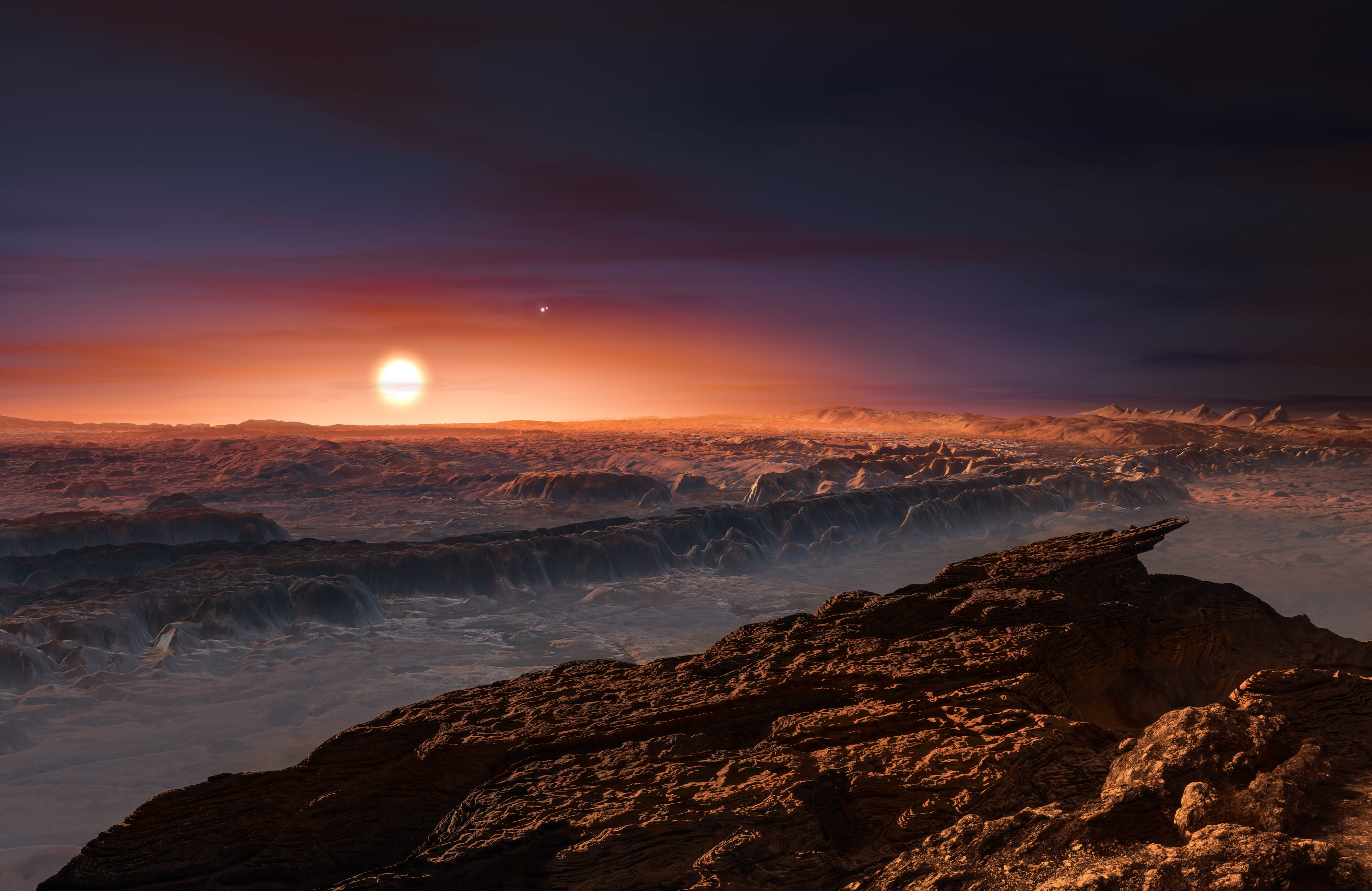 Locating potentially habitable planets outside of our own solar system is pretty difficult -- and when we do find them, they're usually unfathomably far away. Today, one isn't. Astronomers have discovered a new exoplanet in the habitable zone of Earth's nearest neighboring solar system. For now, it's called Proxima b, and it's just over four light years away.

That's a lot closer than Kepler-186f -- but that doesn't mean the planet was easier to find. Proxima b orbits Proxima Centauri, a dim red dwarf star that's impossible to see without a powerful telescope. Even so, Astronomers long wondered what was orbiting the star, and launched the Pale Red Dot campaign earlier this year to study Proxima Centauri's unique stellar ballet. By measuring the star's Doppler shift, researchers uncovered Proxima b.

There's still a lot we don't know about the planet, but here's the basics: Proxima b is just a little bigger than the Earth and has a startlingly short year, orbiting its star every 11.2 days. Astronomers think it could be a rocky planet, and is the right distance from the dwarf star to potentially have water, but are split over if it actually does. You see, the little planet is tidal locked -- meaning that the same side of Proxima b always faces its star, leaving half the planet in perpetual darkness. The dwarf star also puts out a lot more solar flares than we see here on earth, bombarding Proxima b with X-rays. If the planet has an Earth-like atmosphere, it might be protected from that radiation, but at this point it's impossible to tell.

Sadly, the star is too far away for humans to investigate it first hand, but it's close enough that we might be able to send a probe within our lifetime. The team at Breakthrough Starshot (the tiny, laser powered nanocraft that hopes to make it to Alpha Centauri within 20 years) is already talking about scheduling a Proxima b flyby. That mission is still years away, and even if it did make it out there, we wouldn't know what it found for at least four years after it arrived -- but the potential for discovery is incredibly exciting. We're closer to the stars now than we've ever been.

In this article: discovery, exoplanet, life, Proximab, science, space, starshot, video
All products recommended by Engadget are selected by our editorial team, independent of our parent company. Some of our stories include affiliate links. If you buy something through one of these links, we may earn an affiliate commission.