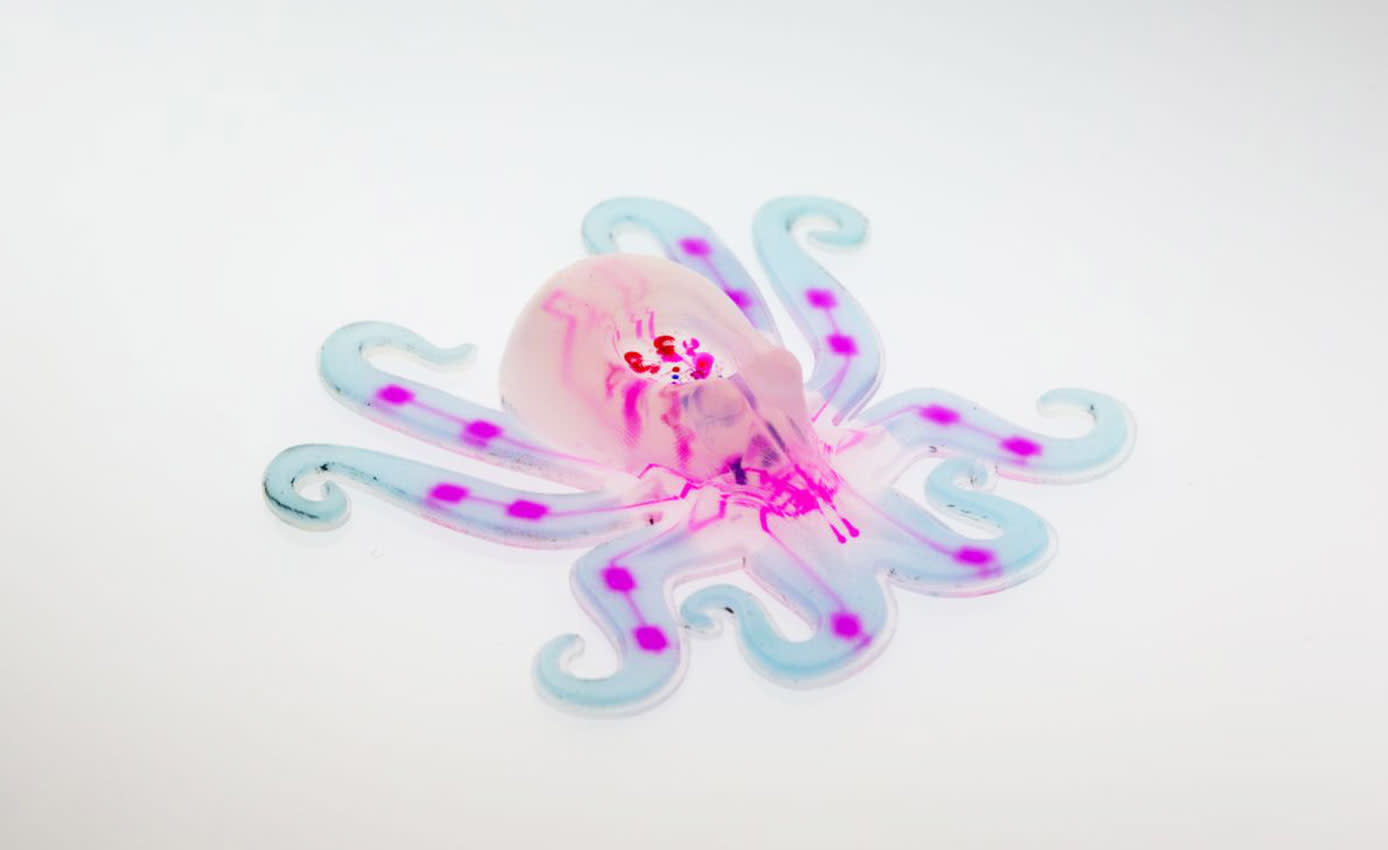 See that pretty translucent octopus up there? That's not a toy or a real (but strange) creature from the deep: it's a soft robot developed by a team of Harvard University researchers, and it's completely autonomous. "Octobot's" components, including its fuel storage system, are all 3D printed. But since it's nowhere near the first squishy robot out there -- other Harvard researchers created their own in the past -- what's truly impressive is the system that gives it the ability to move on its own.

Octobot uses a microfluidic logic circuit designed by team member George Whitesides to control the reaction that turns small amounts of hydrogen peroxide into large amounts of gas. It's in charge of starting up and stopping the reaction and of pumping the gas into the machine's tentacles. The current version of Octobot is only around the size of an SD card and can only wiggle its tentacles. But the team plans to build one that can actually crawl and swim like a real octopus. One of the researchers, Engineering and Applied Sciences Professor Robert Wood, said "[t]his research demonstrates that [scientists] can easily manufacture the key components of a simple, entirely soft robot, which lays the foundation for more complex designs."

In this article: autonomous, gear, harvard, robots, softrobot
All products recommended by Engadget are selected by our editorial team, independent of our parent company. Some of our stories include affiliate links. If you buy something through one of these links, we may earn an affiliate commission.