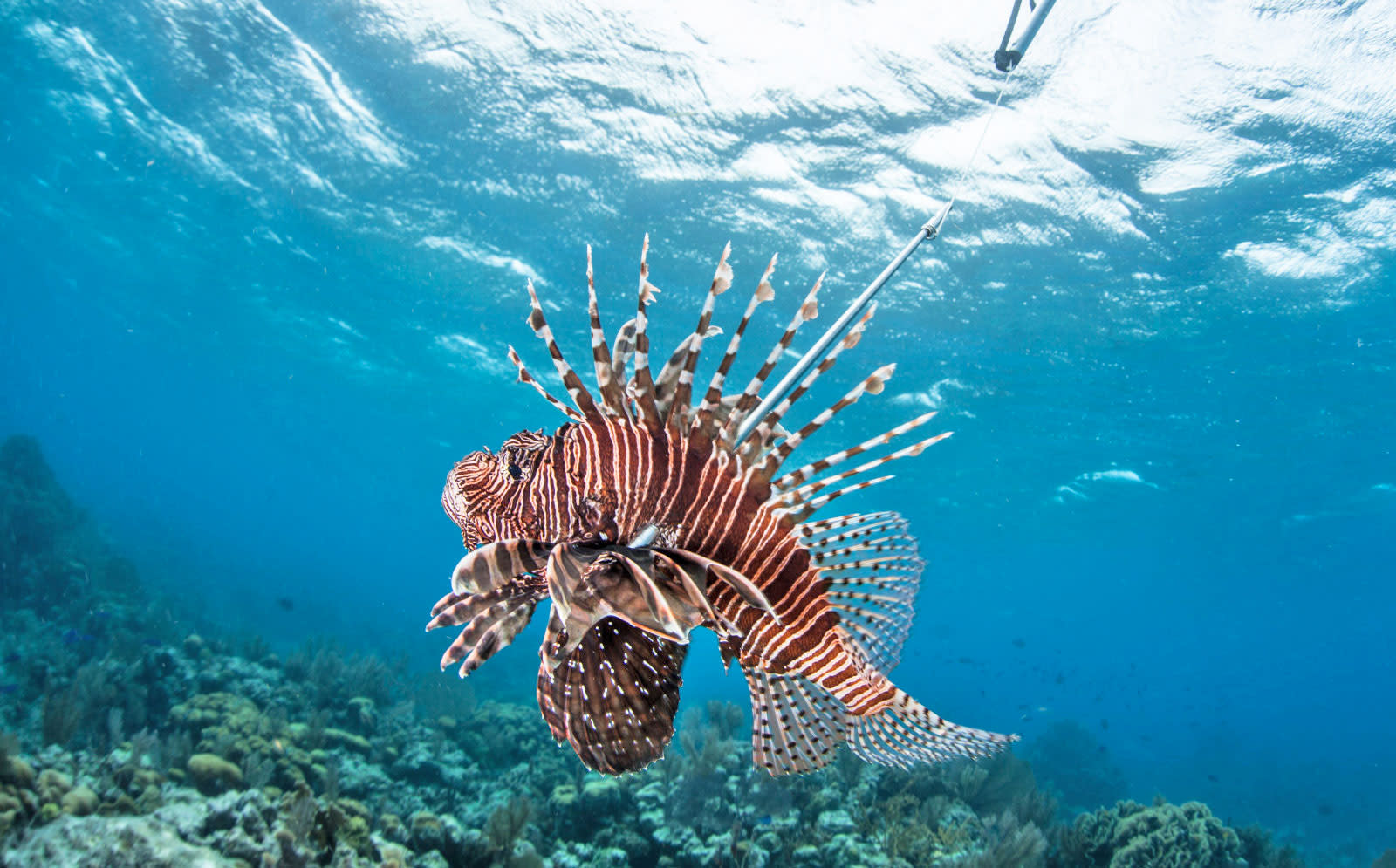 We joke around a lot about bringing about a horrific robot apocalypse, but let's get real: sometimes, building a killer robot is just the right thing to do. Well, at least when those robots are being used to cull invasive species. Researchers at Robots In Service of the Environment (RISE) are developing a robot to fight an invasive population of Lionfish that's threatening ecosystems off the coast of Florida as well as in the Caribbean and Bermuda.

Creating a robot to exterminate a specific species sounds a bit harsh, but it's an environmental issue: the Lionfish population in question isn't native to Caribbean waters, and don't register as predators to the local wildlife. By decimating the area's food supply, the voracious carnivores are killing coral reef systems and starving other species. Culling the Lionfish population is essential to protecting the local ecosystem. Unfortunately there are millions of Lionfish and only so many hunters. The solution? Build robot hunters.

This idea came to RISE founder and iRobot CEO Colin Angle after witnessing the issue first-hand in Bermuda. His group has since designed a concept robot capable of electrocuting Lionfish between a pair of telescoping electrodes. The concept is still in its early stages, but the team has been testing a prototype arm in reef waters to make sure the robot doesn't scare the fish off before it has a chance to zap them. So far, so good: Lionfish don't have many predators, and don't seem scared of the deadly fish-zapper.

RISE says it's testing out the actual shocking mechanic on Lionfish in aquariums before taking it out to sea, and is also developing a spear-based Lionfish hunter. It'll be awhile before either unit is ready for action, too. Hopefully, the completed robots will be able to keep the population under control and help the natural ecosystem thrive. Still, it's a little weird to think that under the right circumstances, killer robots can be a good thing.

In this article: coralreef, fishing, green, hunting, iRobot, killerrobots, lionfish, ocean, reef, rise, robotapokolypse, robots, science, sustainability, video
All products recommended by Engadget are selected by our editorial team, independent of our parent company. Some of our stories include affiliate links. If you buy something through one of these links, we may earn an affiliate commission.