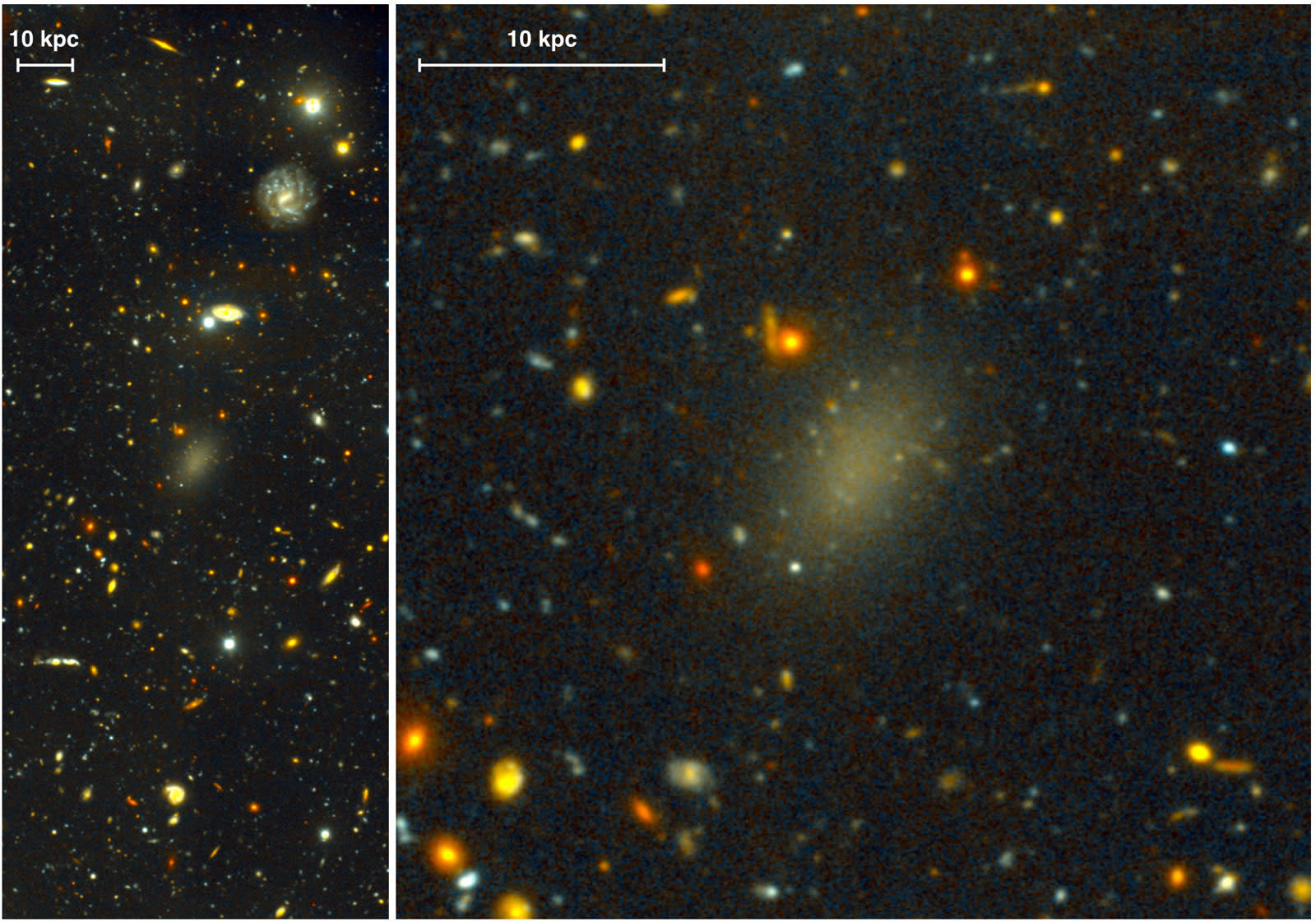 A galaxy isn't big just because it has many stars in it. A worldwide research group has discovered that a galaxy in the Coma cluster, Dragonfly 44, consists of 99.99 percent dark matter. It has about as much mass as our own Milky Way galaxy, but far fewer stars. The team determined the presence of the invisible, mysterious substance based on the motions of the stars themselves -- there were too few of them to be moving so quickly. If there weren't a gravitational force like dark matter to hold them together, those stars would simply fly away.

Dragonfly 44 raises more questions than it solves right now. The team's Roberto Abraham tells Wired that it's unclear as to how a dark matter galaxy on this scale could form. Previous examples were much smaller. It's possible that the formations of the stars (very dense clusters) are a clue, but that's as far as astronomers can go right now. The hope is that someone will find a similar galaxy closer to home, increasing the chances of finding a dark matter particle and making some sense out a baffling (but virtually ubiquitous) aspect of the universe.

In this article: astronomy, astrophysics, darkmatter, deimos, dragonfly44, galaxy, geminiobservatory, keckii, KeckTelescope, science, space
All products recommended by Engadget are selected by our editorial team, independent of our parent company. Some of our stories include affiliate links. If you buy something through one of these links, we may earn an affiliate commission.