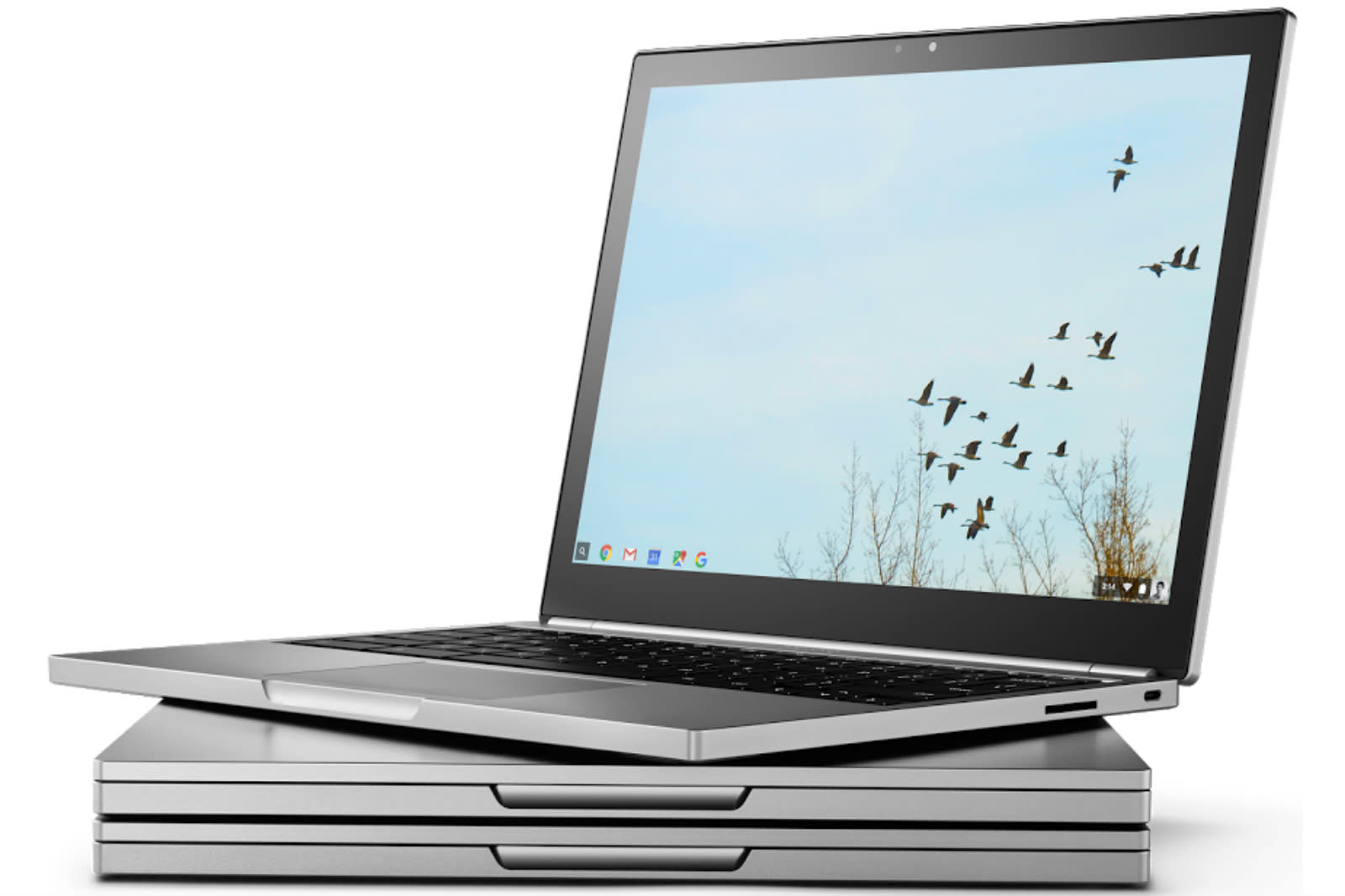 The best Chromebook that money can buy is slowly disappearing. As VentureBeat notes, the second-generation Chromebook Pixel is now unavailable in the US, with a mere "out of stock" message displayed in the Google Store. Google has said it's "committed" to the Pixel line, but admits: "We don't have plans to restock the Pixel 2." The situation might be different outside the US -- here in the UK, the laptop is still in stock -- so act fast if you still want to buy one. Otherwise, it's time to say goodbye.

The Pixel 2 is one of the best pieces of hardware Google has ever produced. The aluminium chassis is beautiful, hiding a spacious keyboard and a high-resolution, touch-friendly display. The impeccable build quality, combined with some decent performance and battery life, make it a sublime canvas for Chrome OS. The problem is the price -- at $999 it's an expensive piece of gear, and hard to justify against a similarly-priced MacBook or Windows laptop. But then, it was never supposed to be a mass market seller. The Pixel, like Google's Nexus phones, is a showcase for the operating system.

Earlier this year, Google put out a job opening for a Chromebook Pixel Quality Engineer. While it doesn't guarantee a new model, the position would indicate that Google is still interested in building its own high-end laptops. In the meantime, there's always the Pixel C, a Surface-style hybrid that's now considerably more useful thanks to Android 7.0 (Nougat).

In this article: chromebook, chromeos, gadgetry, gadgets, gear, google, googlestore, laptop, pixel, pixel2
All products recommended by Engadget are selected by our editorial team, independent of our parent company. Some of our stories include affiliate links. If you buy something through one of these links, we may earn an affiliate commission.