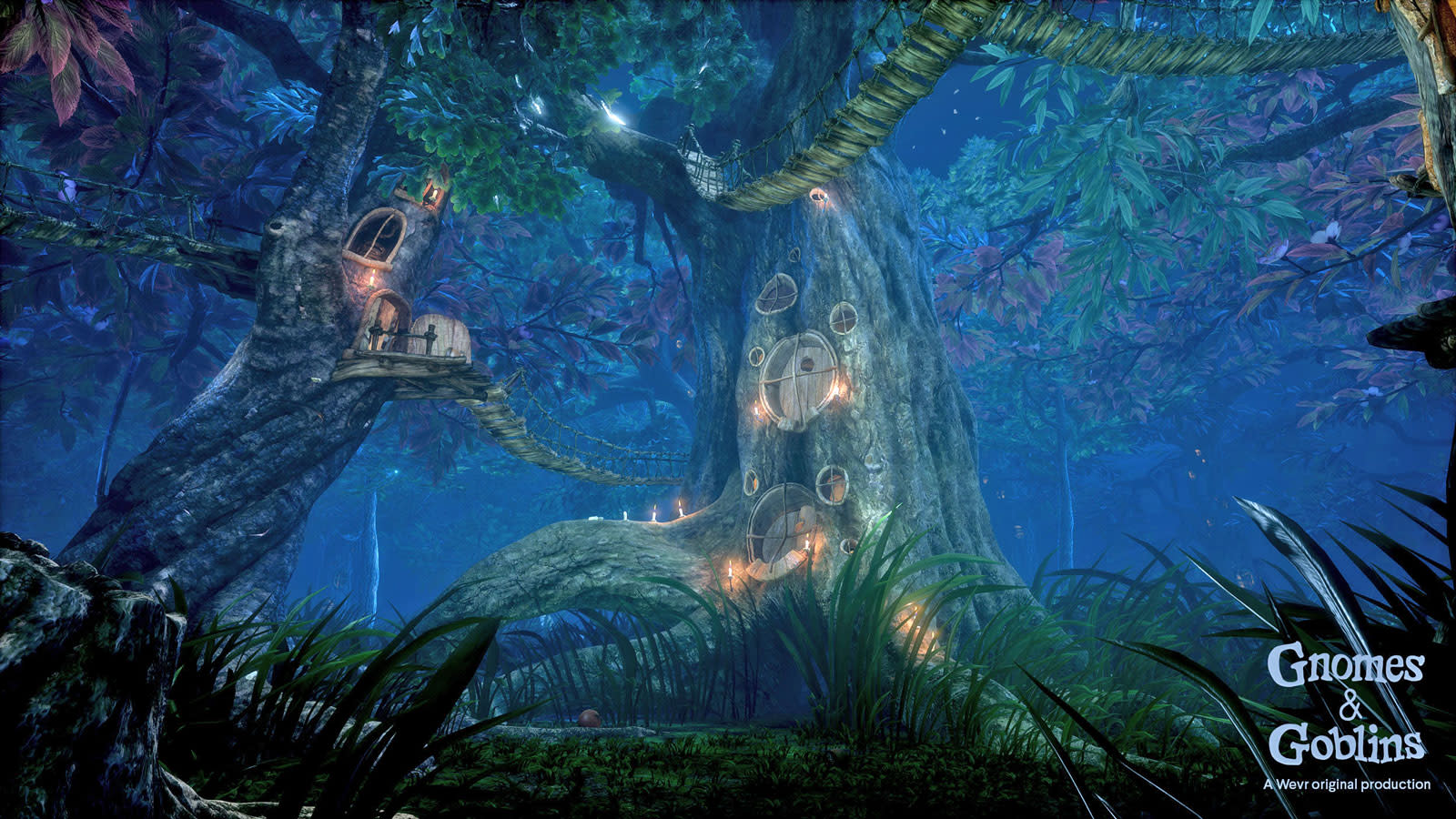 On top of trying to outdo a beloved Disney classic, director Jon Favreau achieved a fascinating feat with his film adaption of The Jungle Book: Aside from its young actor portraying Mowgli, every other character and setting were built with CGI. But it seems he's still eager to make computer-created immersion. The first part of the filmmaker's next project, the fantasy VR experience Gnomes & Goblins, will be digitally released for free on September 8th.

From screenshots, the game looks lush, haunting and whimsical. Players quickly meet a titular goblin and roam around, but G&G seems to hinge more on exploration and experience rather than compelling gameplay. This will be the first tease of the world, Favreau explained in a New York Times interview, with a narrative emerging in content released later.

Late in The Jungle Book's post-production, Favreau told NYT, he went to see a demonstration of VR company Wevr's underwater exploration experience theBlu. The filmmaker was captivated by the technology's immersive capacity and noted how this entertainment genre sits between films and contemporary video games, feeling it to be "closest to lucid dreaming." He partnered with Wevr and immersive content company Reality One to make G&G.

Gnomes & Goblins will be available for the HTC Vive on September 8th on Steam, Viveport and Wevr's Transport network. Releases on Oculus Rift and PlayStation VR are planned for later in the year.

In this article: av, gaming, GnomesGoblins, HTCVive, JonFavreau, vr, wevr
All products recommended by Engadget are selected by our editorial team, independent of our parent company. Some of our stories include affiliate links. If you buy something through one of these links, we may earn an affiliate commission.