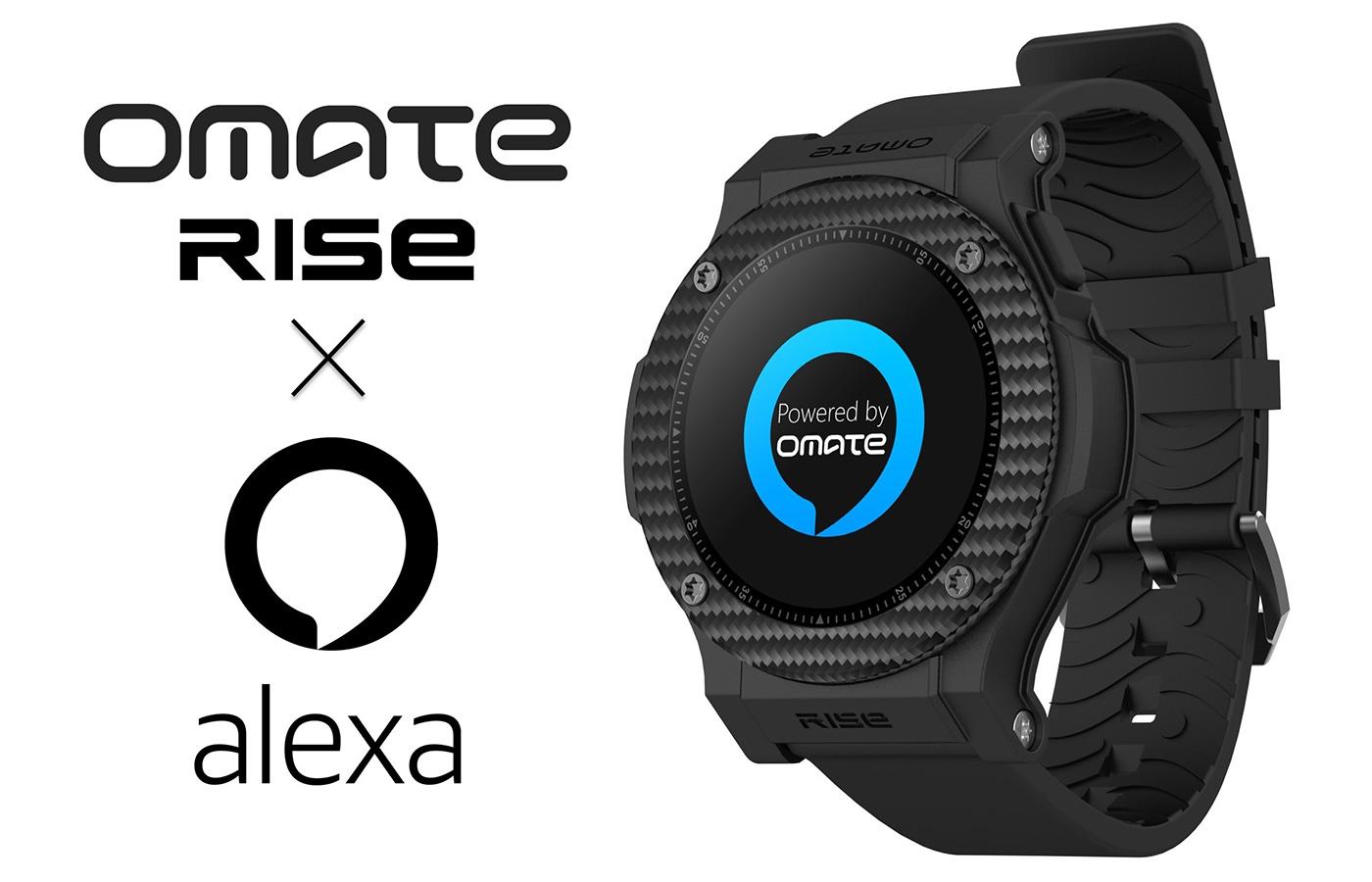 Exactly nine months ago, Omate launched its Rise smartwatch with 3G radio, circular display, carbon-fiber bezel and full Android 5.1 (not Android Wear) for a mere $199 (it'll be $349 when it hits retail next year). If you missed out on it, here's your chance again. The company is now back on Indiegogo with a new limited edition run of another 999 units for the same base price point, and this time, it'll be bundled with Amazon's voice assistant, Alexa. While the CoWatch was the absolute first smartwatch to integrate Alexa, the Rise is still the first 3G standalone smartwatch to achieve this. Omate CEO Laurent Le Pen also pointed out that unlike the CoWatch, this product will actually be certified by Amazon by the time it ships in December.

On the software side, even though the Rise works as a stand-alone Android device, it can also be set up to receive push notifications from phones running on either iOS 9 or Android 4.4 and above. Note that the Rise doesn't come with Google Play services, but it isn't hard to get that fixed. Of course, the biggest selling point here is Alexa, which now has over 2,000 skills from a variety of services such as Lyft, SmartThings, Capital One and Amazon (duh). On top of the usual commands for the likes of media playback, shopping lists, schedules, exchange rates, calculations and weather forecasts, one Rise beta tester also linked his smartwatch to his Logitech Harmony hub via IFTTT, thus allowing him to use his voice to turn his entire TV set -- including his Hi-Fi, PlayStation and Philips Hue lights -- on and off, as shown in the above video.

It's obviously exciting times for both Omate and Amazon, and as time passes, Alexa will become smarter and more practical. "With Alexa, we are just showing a glimpse of the future," Le Pen said. But for now, if all goes well, the Rise Limited Edition will start shipping to backers in December.

In this article: alexa, amazon, android, gear, omate, rise, smartwatch, video, wearables
All products recommended by Engadget are selected by our editorial team, independent of our parent company. Some of our stories include affiliate links. If you buy something through one of these links, we may earn an affiliate commission.