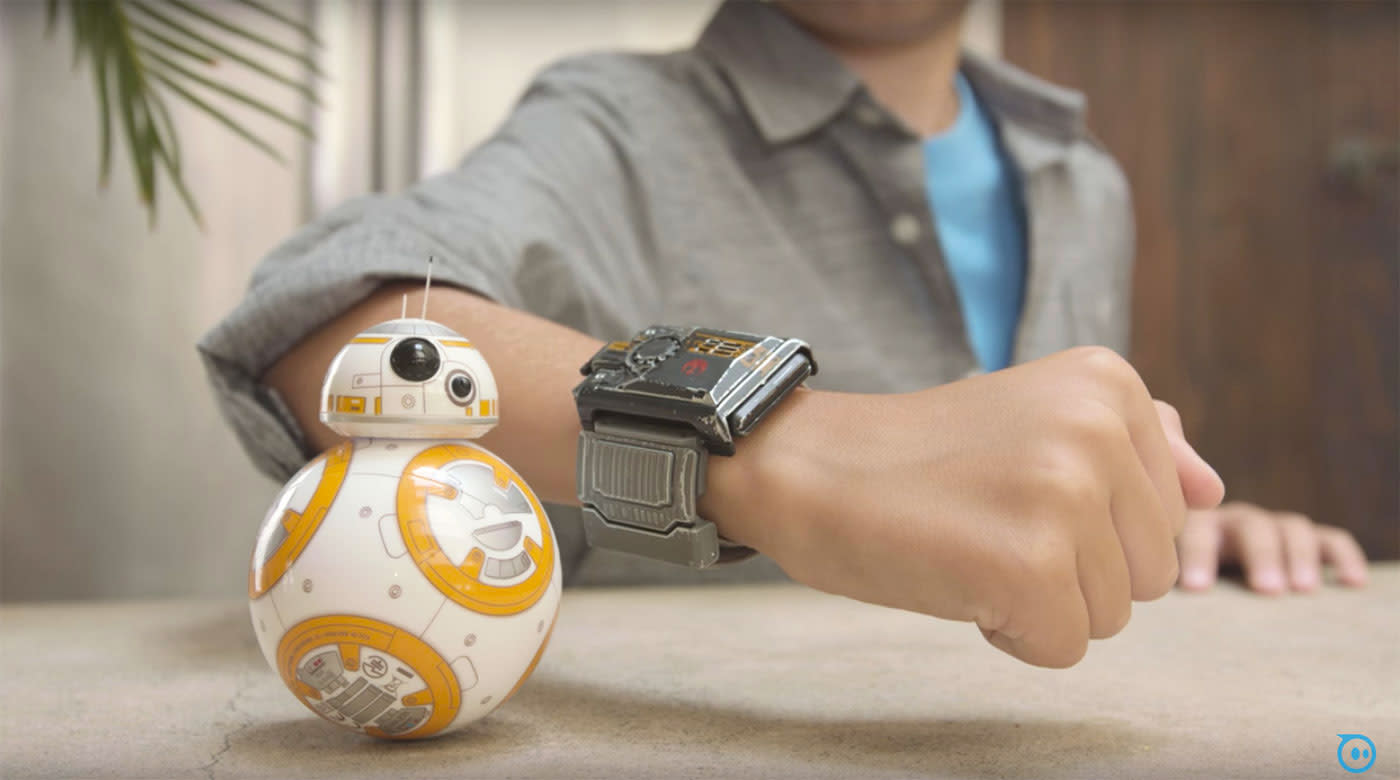 Sphero is ready to start selling Force Bands -- wristwatch-like devices that will give you a way to control its BB-8 droids with a wave of the hand -- and they sure look much better than the toy-like demo unit we tested at CES. Besides being able to control the BB-8 and Sphero's other Bluetooth robots with hand gestures, the device also issues voice prompts letting you know if there are Holocrons (images of Star Wars characters) in the environment that you can collect à la Pokémon Go. They can make light saber sounds, as well, if want to reenact Rey's and Kylo Ren's duel in your living room.

Since BB-8 didn't always look clean in the movie, Sphero is also releasing a special edition battle-worn version of the adorable droid. It connects to the Force Band and to your phone via Bluetooth, charges via USB and can roll around for an hour straight. Both the special edition droid and the Force Band will be available worldwide starting on September 30th. You can get the two as a bundle for $199/£180, but if you only want the Force Band, you can buy it separately for $79/£70.

In this article: bb8, forceband, gear, ifa2016, robots, sphero, starwars, wearables
All products recommended by Engadget are selected by our editorial team, independent of our parent company. Some of our stories include affiliate links. If you buy something through one of these links, we may earn an affiliate commission.