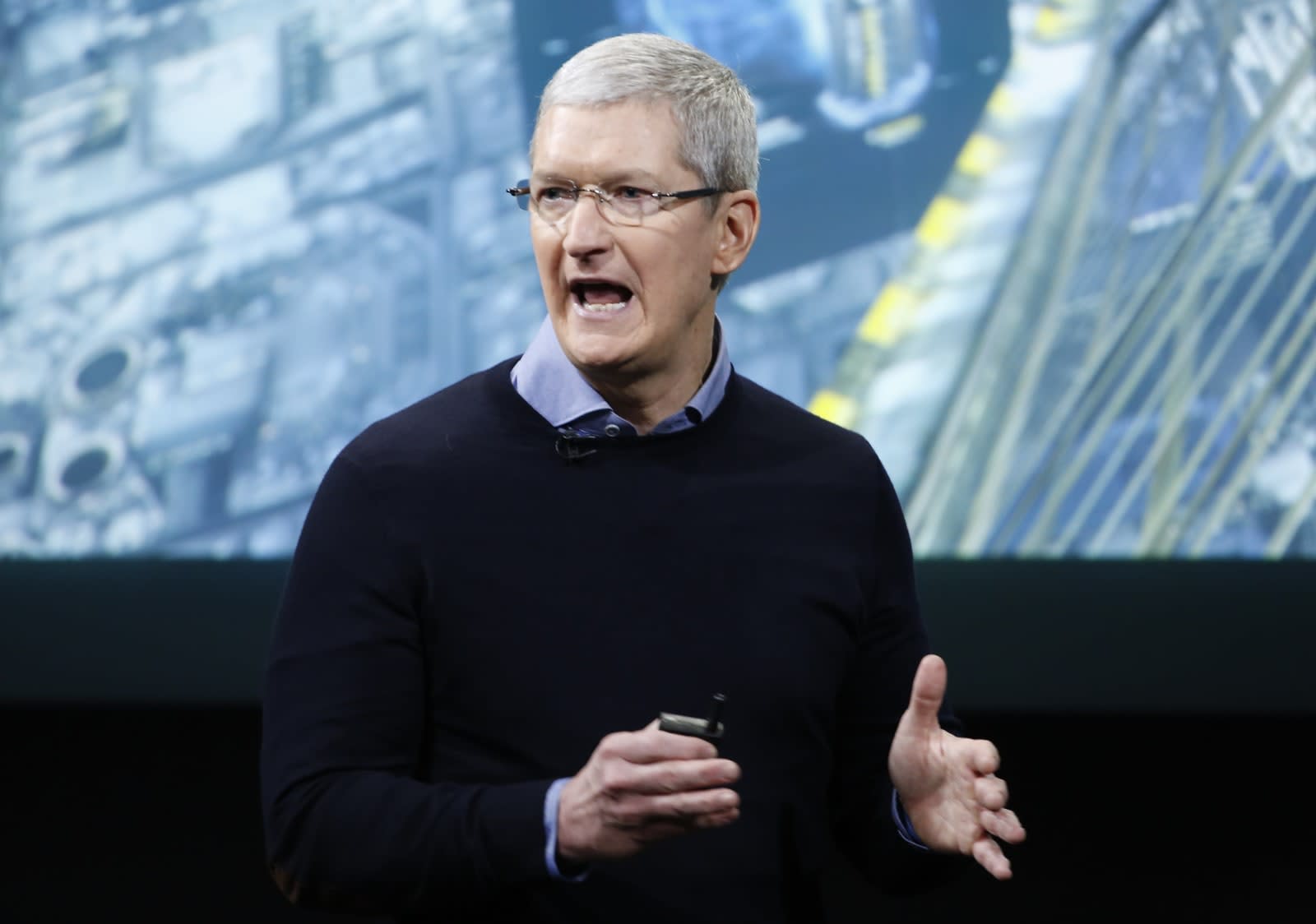 Apple and other giant tech companies have long stashed cash overseas where they've paid less taxes on it, but the days of that happening could be numbered. Earlier this week, the EU said that Apple must pay back a whopping $14.5 billion plus interest because of an illegal tax deal between the company and Ireland. Unsurprisingly, Apple is appealing the ruling, and CEO Tim Cook is angry at the way the company's actions have been characterized.

"It's total political crap," Cook said of the EU's ruling to the Irish news publication Independent. "No one did anything wrong here." Specifically, Cook denies that Apple paid incredibly low tax rates in Ireland for years, including less than 1 percent in 2014. "They just picked a number from I don't know where," Cook explained. "In the year that the Commission says we paid that tax figure, we actually paid $400 million. We believe that makes us the highest taxpayer in Ireland that year." Cook also pointed out that Apple pays a worldwide total tax rate of 26.1 percent and that the company paid taxes in Ireland at the "statutory rate" of 12.5 percent.

Beyond Apple's battle with the EU is the question of whether or not any of this money will flow back into the US: Companies like Apple are expected to pay a 35 percent tax rate to the US on overseas profits, but only once they move that money back to America. As noted by The Wall Street Journal, Cook has begun hinting that Apple is getting ready to move some of its vast cash reserves back into the US.

According to the WSJ, Cook told Irish state broadcaster RTE that Apple could repatriate some of its overseas funds in 2017. "We provisioned several billion dollars for the US for payment as soon as we repatriate it, and right now I would forecast that repatriation to occur next year," Cook said. But he's also previously said that Apple wouldn't do this until changes to the US tax code offered a more fair rate, something that apparently Cook expects to happen sooner than later.

Amid all of this financial turmoil, Apple is expected to unveil the next iPhone and Apple Watch next Wednesday. There's no sense of how long it'll take for the company to resolve its issues with the EU, but Cook indicated that he hopes to work directly with Ireland to mount the case against having to pay back that money.

In this article: apple, business, culture, EU, ireland, tax, taxavoidance, taxes, timcook
All products recommended by Engadget are selected by our editorial team, independent of our parent company. Some of our stories include affiliate links. If you buy something through one of these links, we may earn an affiliate commission.