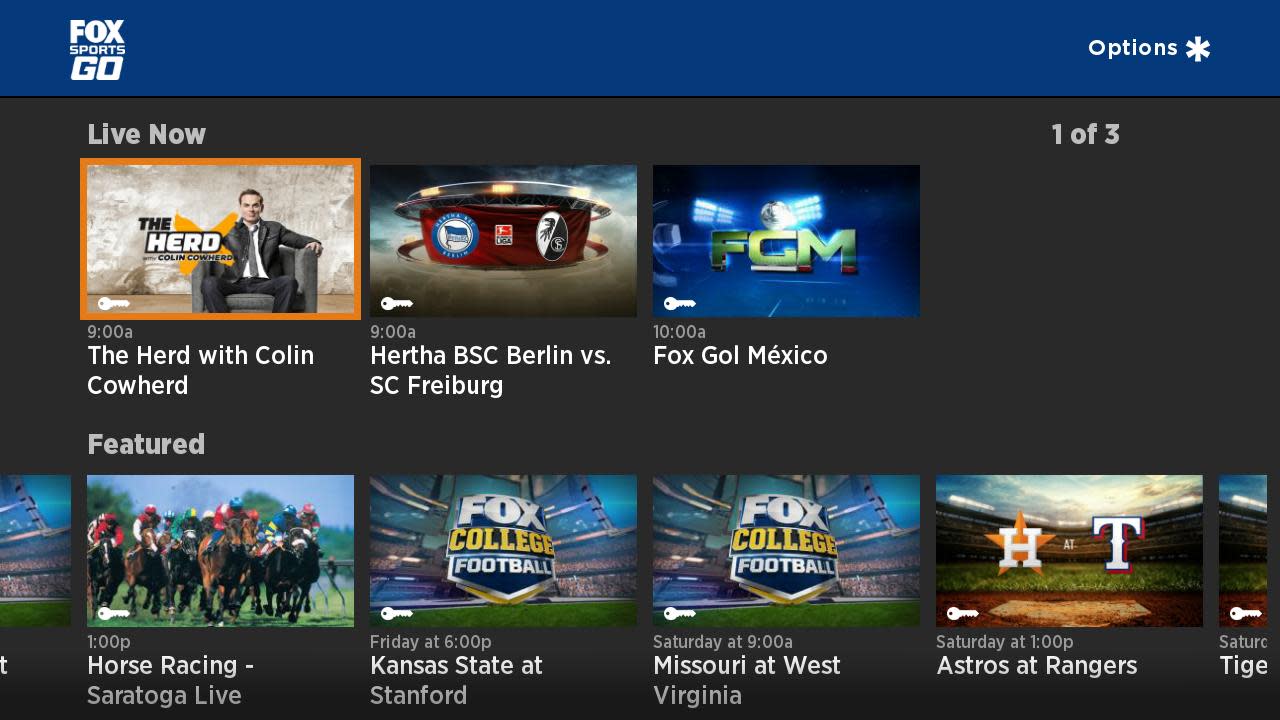 Just in case you need another way to watch college football, Fox Sports Go has launched apps on a few more platforms. There's now an app available for Roku, as well as the ability to stream on Chromecast (at least on Android and from the web, I didn't see an option to do it from iOS yet). Neither platform mentioned support for the 60fps or Multiview Display support that's in its just-released app for the new Apple TV, but if all you want to do is stream a game quickly, they should get the job done.

In this article: AppleTV, av, Chromecast, entertainment, Fox, FoxSports, FoxSportsgo, Roku, sports, streaming, TVEverywhere
All products recommended by Engadget are selected by our editorial team, independent of our parent company. Some of our stories include affiliate links. If you buy something through one of these links, we may earn an affiliate commission.