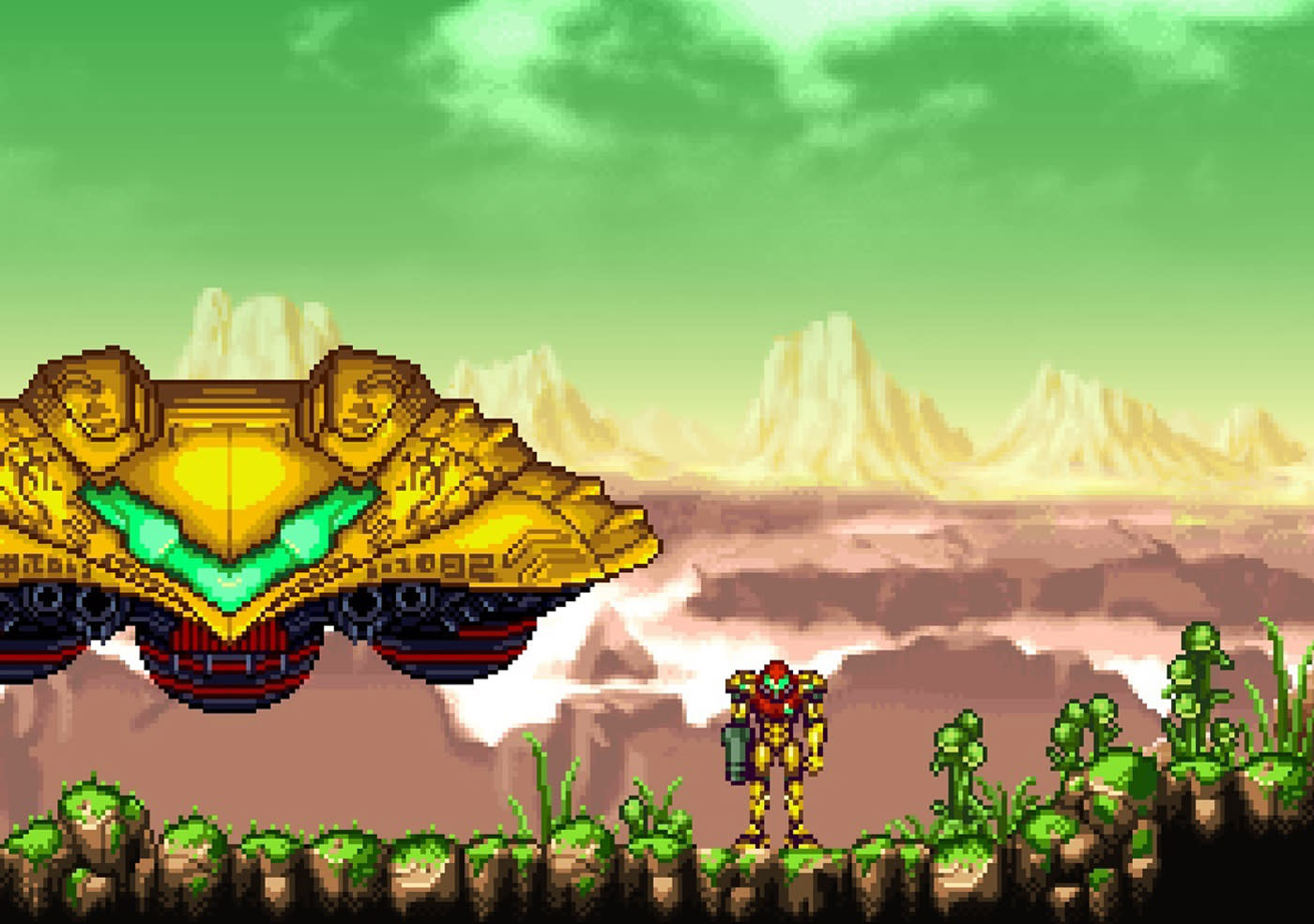 Whenever we see a high quality fan-game using a major gaming company's IP, we always think the same thing: it's only a matter of time. For hundreds of Nintendo fan projects, that time has come. Today, the Japanese gaming giant issued DMCA takedown requests for over 500 fan-games -- including AM2R: a lovingly crafted Metroid II remake that recently launched after 8 years of development.

Most of the effected games were hosted on Game Jolt: a community where indie developers upload and share their projects for free. The library is filled with homages to other games -- like Old Man's Sky, Duck Nukum and, of course, hundreds of Mario, Zelda and Pokémon fan-games. Nintendo's takedown notice named over 500 titles that violated its copyright, and all of them have been taken down.

Despite not being part of Game Jolt's library, AM2R was issued a DCMA takedown, too. "There will be no more AM2R updates," developer Milton Guasti wrote on his blog, "and no more releases under any platform." This is the second and final blow for Guasti, who had been quietly updating the game despite a takedown request issued earlier this year. Nintendo's within its right to put a lid on these fan projects, of course -- but it's always a bummer to see passionate fan works snuffed out with all the fanfare of a legal notice.

In this article: am2r, av, business, dcmatakedown, dmca, fangame, gamejolt, games, gaming, nintendo, videogames
All products recommended by Engadget are selected by our editorial team, independent of our parent company. Some of our stories include affiliate links. If you buy something through one of these links, we may earn an affiliate commission.