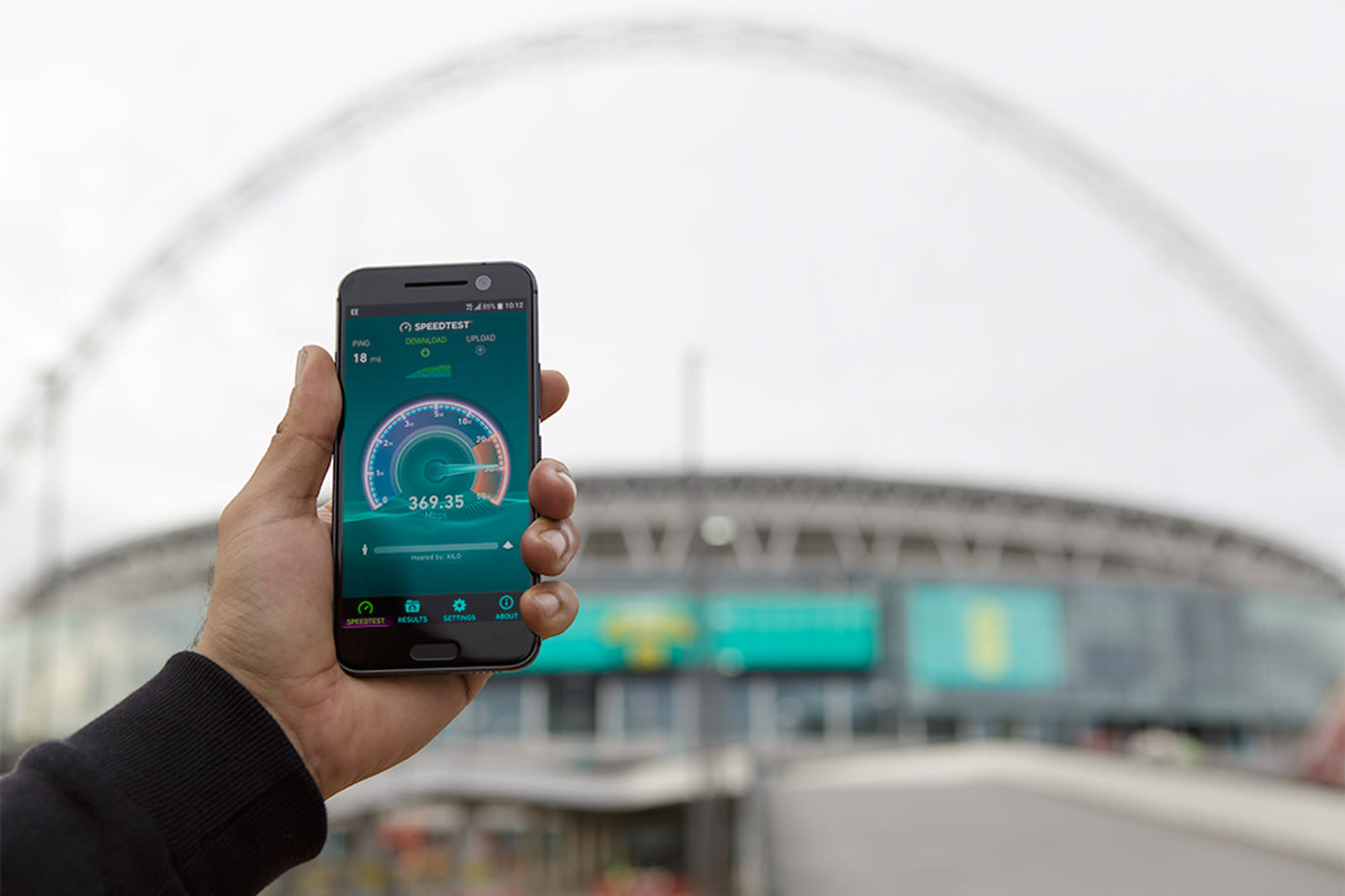 Like any four-year-old, EE's 4G network hasn't yet fulfilled its potential. For its last major upgrade, the carrier flipped the switch on Cat 6 LTE-Advanced two years ago; and today, EE has announced it's begun rolling out even faster Cat 9 technology (the first UK provider to do so, it seems). This increases the maximum theoretical download speed on EE's "4G+" network from 300 Mbps to 450 Mbps, though real-world testing puts the max at more like 360 Mbps. The catch? Only a handful of phones can take full advantage.

The jump to Cat 9 is down to a blend of 20MHz of spectrum from the 1800MHz band and 35MHz from the 2600MHz band. Right now, though, only the Galaxy S6 Edge+, S7, S7 Edge and HTC 10 can make use of all that bandwidth. Oh, and the Note 7 too, if it hadn't been recalled. If you don't have any of those handsets and aren't planning to pick up the next iPhone, which'll undoubtedly support Cat 9, you will still benefit somewhat, thanks to a general increase in network capacity.

The Cat 9 network is already live at EE's Wembley Stadium testbed, and will be spreading to other parts of London, as well as Manchester and Birmingham later this year. And by the end of 2017, EE expects to have Cat 9 up and running on over 500 masts.

In this article: 4g, 4glte, cat9, EE, gear, lte, lte-a, lte-advanced, mobile, wireless
All products recommended by Engadget are selected by our editorial team, independent of our parent company. Some of our stories include affiliate links. If you buy something through one of these links, we may earn an affiliate commission.