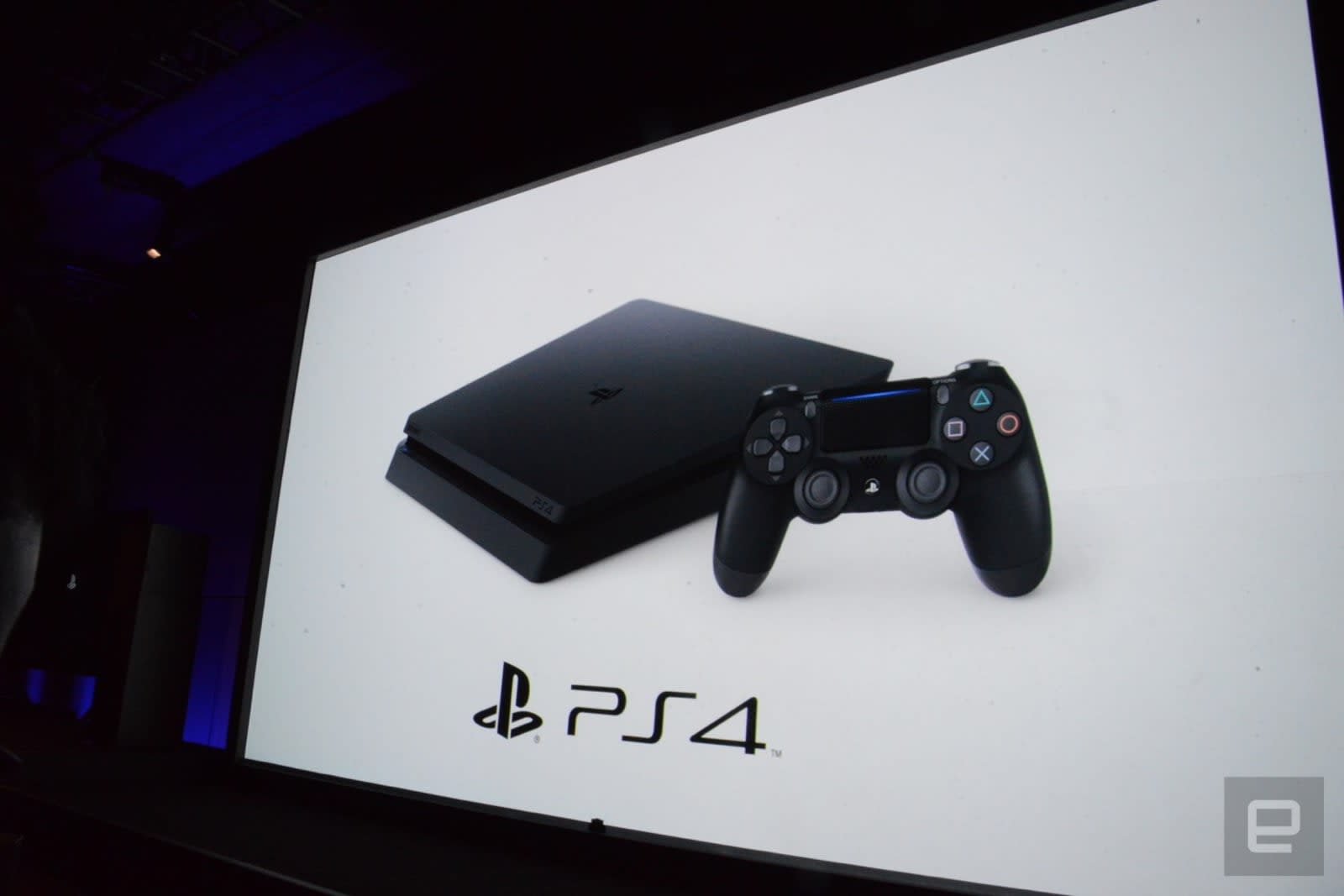 Apple isn't the only big tech company making headlines today: Sony is also set to divulge its next console plans at its PlayStation event in NYC. While the company hasn't revealed any specifics yet, we're expecting to get a look at the PlayStation 4 Neo, its faster, 4K-ready PS4 follow-up. And of course, the thinner PS4 Slim will likely make an appearance as well, after being unceremoniously leaked over the past few weeks.

Sony confirmed the existence of the PS4 Neo earlier this year, but it avoided talk of the new console at E3. From the little we do know, it will be more powerful than the current model and output both games and video in 4K. Games will likely be rendered at a higher resolution than 1080p, though we're not expecting full 4K rendering, since that's still tough for powerful gaming PCs to accomplish today. I wouldn't be surprised to see 4K Blu-ray in the Neo as well, since the Xbox One S also supports it (and it's Sony's format, after all).

As for the PS4 Slim, the leaks revealed only minor differences, like the removal of the optical audio port and direct controller communication when connected over USB. It'll be interesting to see how Sony prices the Slim, as well as if it'll lead to discounts on existing PS4 models.

Sony's PlayStation event will kick off at 3 PM Eastern, check back here for live coverage as things kick off.

Find all the news from Sony's big PlayStation event right here.
In this article: av, consoles, entertainment, gadgetry, gadgets, gaming, gear, liveblog, PlayStation4Neo, PlayStation4Slim, PlayStationNeoEvent, PS4Neo, PS4Slim, sony
All products recommended by Engadget are selected by our editorial team, independent of our parent company. Some of our stories include affiliate links. If you buy something through one of these links, we may earn an affiliate commission.