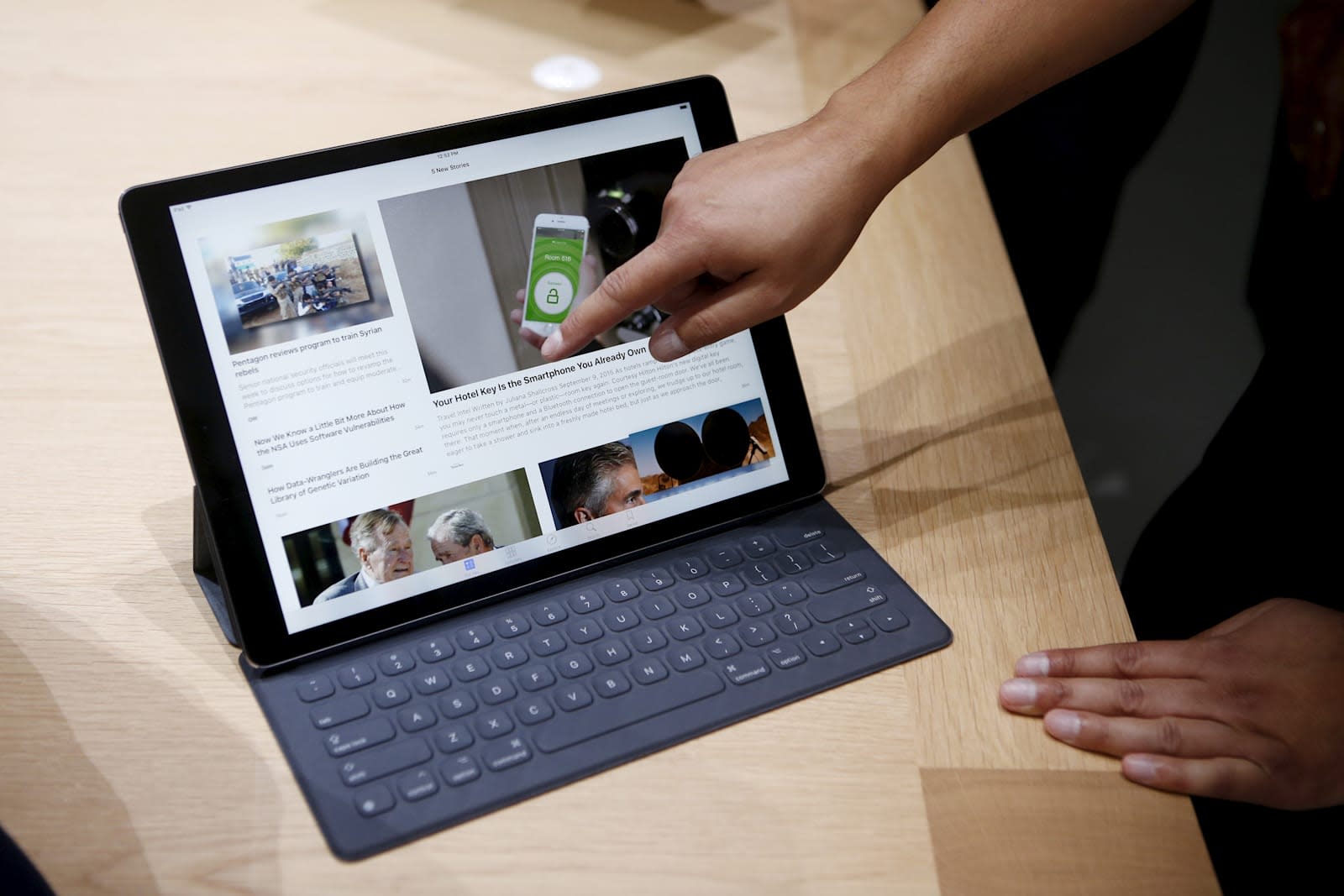 The price of admission for Apple's gadget wonderland is slowly rising in the UK. The company announced a slew of new products yesterday, including the iPhone 7 and Apple Watch Series 2, with a flurry of slides and promotional videos. But behind all of the grandstanding were some notable price increases; the smaller iPad Pro, for instance, now starts at £549, rather than £499. The 128GB model has been bumped to £639 -- up from £619 -- and all of the 4G-ready models have been notched up too. Weirdly, however, the standard 256GB model has been dropped by £10.

It's a similar story with the larger iPad Pro, which now starts at £729, rather than £679. The 128GB model with cellular costs £939 -- a smidge higher than the £899 price-tag it was sporting before. These shifts are particularly notable because Apple has just dropped its iPad prices in the US.

You could argue the two phones are completely different products, deserving of different price tag. Maybe that's true, but traditionally the cost of the iPhone has stayed the same between generations (the iPhone 5c and 5se were notable exceptions, however). In the US, Apple has continued this trend, doubling the iPhone 7's storage without increasing the price. "We're really excited to tell you that iPhone 7 costs the same as the iPhone 6s that it replaces," Apple's Phil Schiller stressed on stage yesterday.

We've reached out to Apple for an explanation -- a weaker Pound and the recent EU referendum result is probably to blame. OnePlus has already tweaked the price of its latest flagship phone; HTC has done the same with the Vive, no doubt in response to Brexit concerns. Apple, in all likelihood, is preparing itself for future currency fluctuations. If and when the British government triggers article 50, setting in motion its departure from the EU, there could well be wilder swings in the financial markets. What we're seeing now could be Apple giving itself a cushion ahead of time.

Update: An Apple spokesperson said: "Apple suggests product prices internationally on the basis of several factors, including currency exchange rates, local import laws, business practices, taxes, and the cost of doing business. These factors vary from region to region and over time, such that international prices are not always comparable to US suggested retail prices."

In this article: apple, brexit, eureferendum, gadgetry, gadgets, gear, prices, uk
All products recommended by Engadget are selected by our editorial team, independent of our parent company. Some of our stories include affiliate links. If you buy something through one of these links, we may earn an affiliate commission.