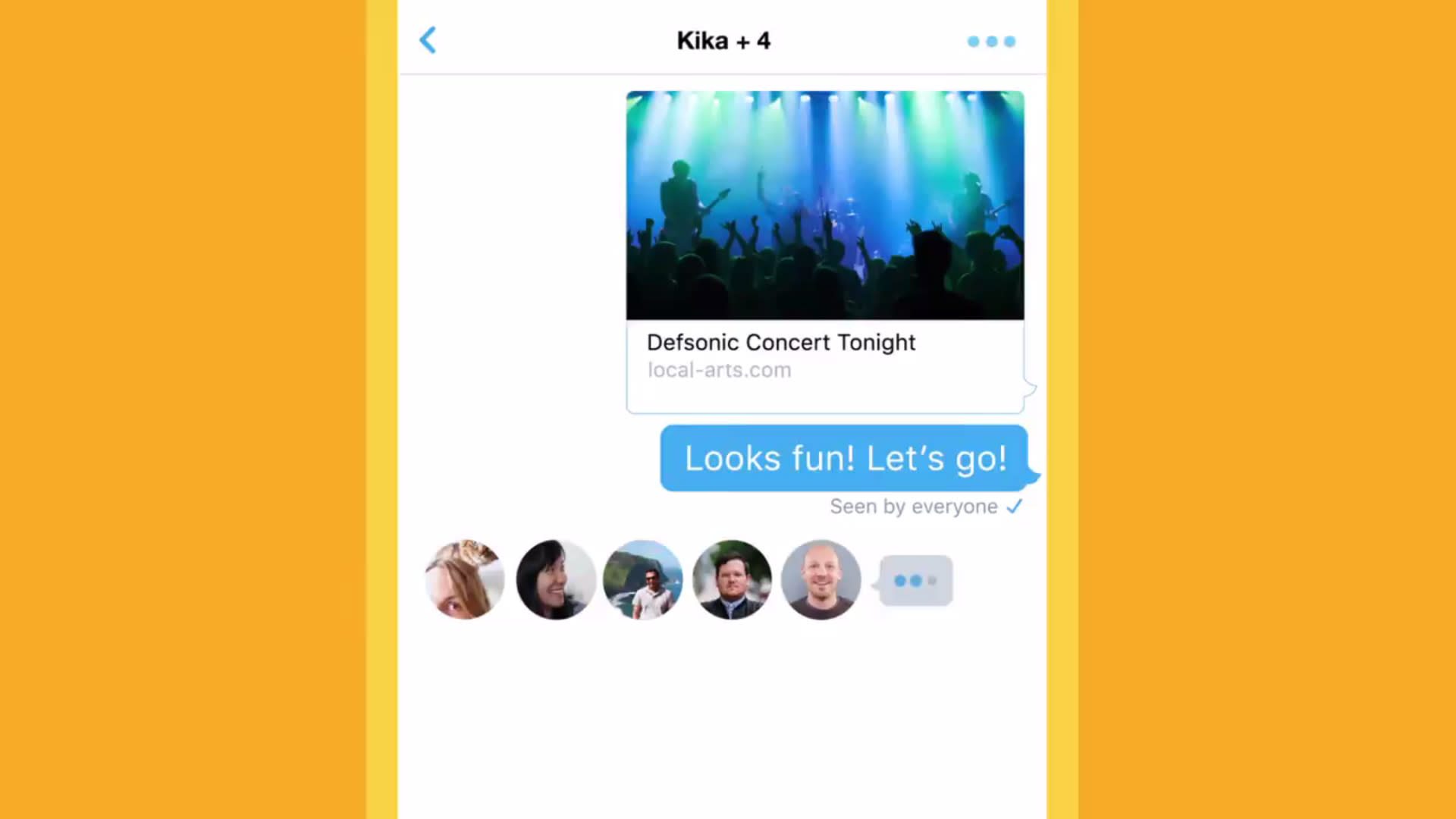 Twitter has been implementing some important updates to protect its users lately, but its most recent change could help foster better conversations. The social network today tweeted (duh) a video showing off its latest additions to the Direct Messages feature that basically turns it into a chat app.

The new features include read receipts, live typing indicators and native URL previews to foster a better sense of real-time conversations. Twitter hasn't said when the update will roll out, but it will most likely be hitting your DMs within the next few days.

A full-fledged chat app will make Twitter a lot more similar to that other social network, which has a far more advanced, and totally independent messaging app. But since Twitter personalities often have far larger, and generally more anonymous, followings than they do on Facebook, this update could foster more intimate conversations between a lot more people who don't really know each other IRL. When this rolls out, I'll be actively reading and ignoring your DMs, so feel free to keep looking at those read receipts.

In this article: culture, internet, messaging, personal computing, personalcomputing, services, twitter
All products recommended by Engadget are selected by our editorial team, independent of our parent company. Some of our stories include affiliate links. If you buy something through one of these links, we may earn an affiliate commission.