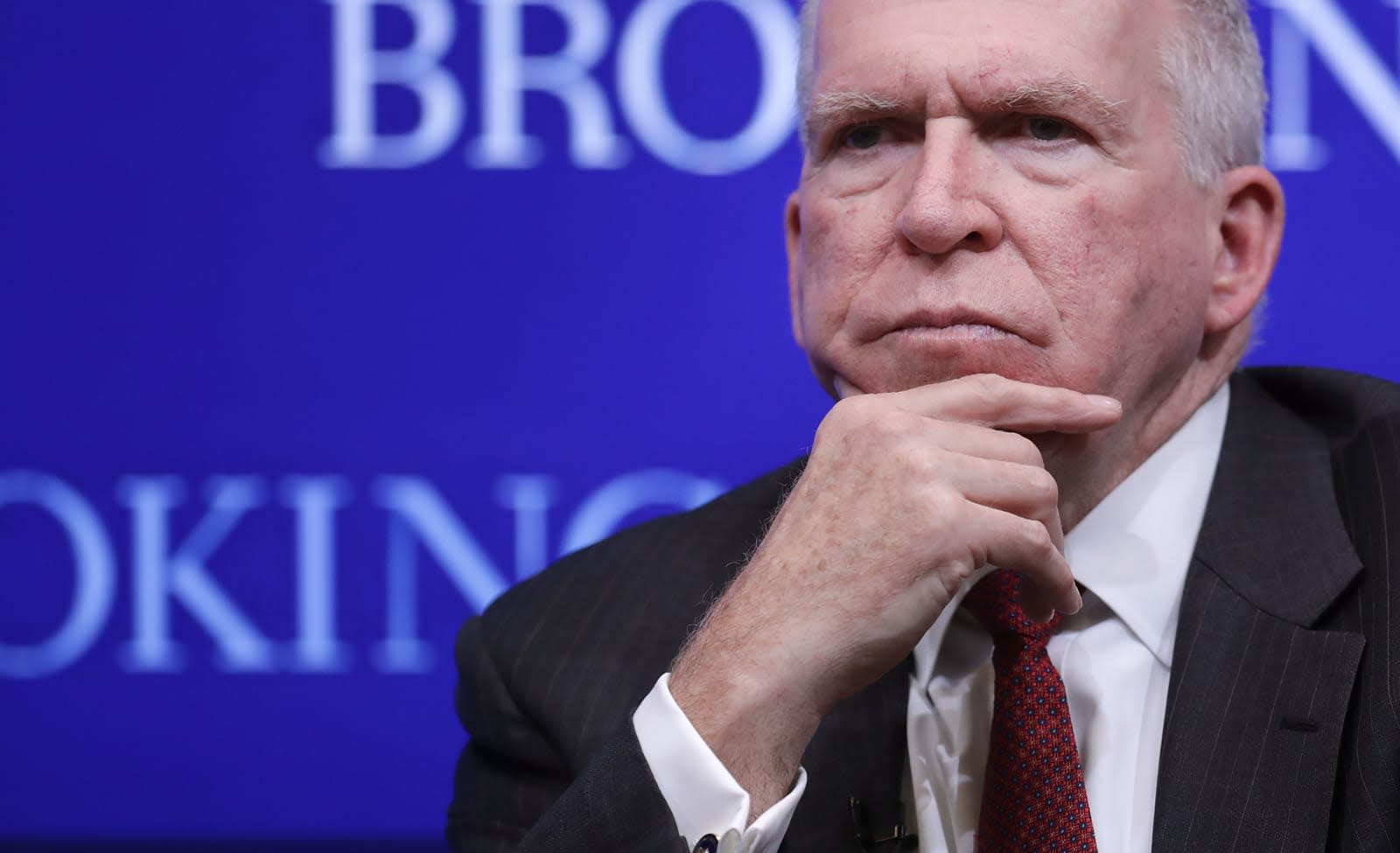 American authorities have arrested two men from North Carolina for hacking into the emails of top intelligence officials, including CIA Director John Brennan. Andrew Otto Boggs, 22, and Justin Gray Liverman, 24, are reportedly part of a hacker collective you might have heard of in the past: Crackas with Attitude. If you'll recall, UK authorities nabbed two other members back in February for the same offense. They were both teenagers, and one of them was apparently the leader codenamed Cracka.

According to The Washington Post, these four -- along with another person under investigation in the UK -- used social engineering to gain access to the email accounts of various intelligence officials. In Brennan's case, Cracka posed as a Verizon technician to dupe one of the carrier's tech personnel into giving him the CIA chief's password. He then used the details he got to steal (and release) a 47-page top secret security clearance Brennan filled out with all his personal details.

WP said that the team also used social engineering to hack into the accounts of Director of National Intelligence James R. Clapper Jr., former FBI deputy director Mark Giuliano, FBI executive assistant Amy Hess, CIA contractor Centra Technology's chief Harold Rosenbaum and Gregory Mecher, the husband of White House communications director Jen Psaki. They got access to Giuliano's details, in particular, simply by calling an FBI help desk and asking the the person on the phone to reset his password. The group then used his info to access a database containing information on law enforcement officials, which they then released online. When authorities looked at Liverman's computer, they found 80 Miami police officers' details taken from Giuliano's database.

Based on the FBI's affidavit, the teens from the UK did most of the social engineering. Boggs and Liverman are mostly being suspected of compromising the victims' accounts and releasing stolen information on the internet. The two Americans are scheduled to make their first federal court appearance next week in Alexandria, Virginia.

In this article: cia, crackaswithattitude, culture, FBI, security
All products recommended by Engadget are selected by our editorial team, independent of our parent company. Some of our stories include affiliate links. If you buy something through one of these links, we may earn an affiliate commission.