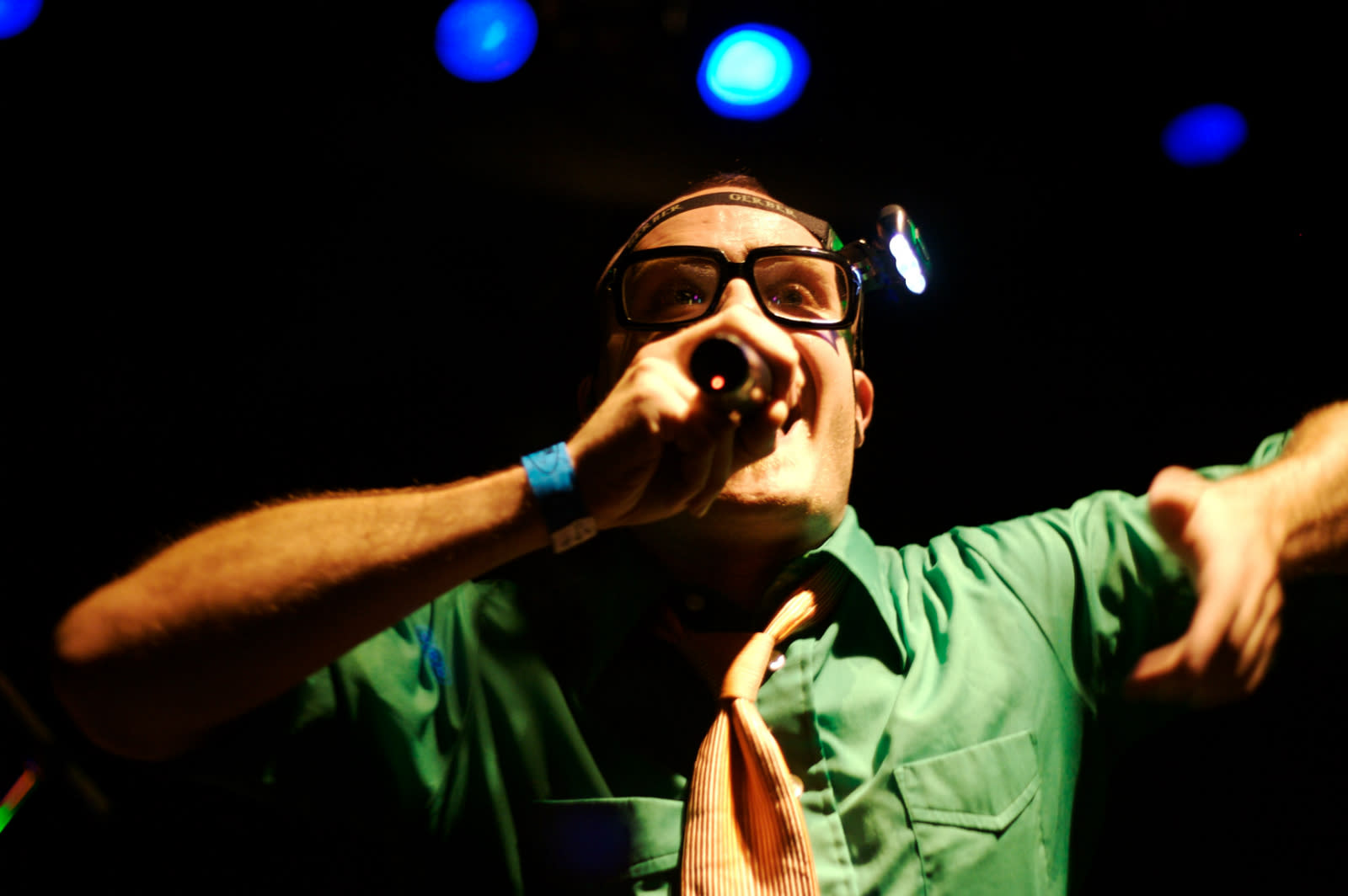 In terms of popularity, nerdcore occupies a space somewhere between underground hip-hop and the end of the universe, according to rapper and educator Mega Ran. Nerdcore is a brand of hip-hop characterized by a focus on geeky things, which means its subject matter is as vast and varied as Tolkien's Encircling Sea. It's niche but limitless; visible but not known. It's big enough to support the musical careers of artists like MC Lars, MC Frontalot, Beefy and MC Chris, yet it's small enough that even the most fervent Star Wars fan may have never heard of it.

Even in an age where geek chic is hot and "nerd" is no longer a vicious insult, nerdcore remains underground -- but its influence on popular culture is showing. More mainstream rappers like Childish Gambino, Danny Brown, Deltron 3030, RZA and Dr. Octagon regularly reference science fiction, astrophysics, video games and other traditionally geeky topics, at times while sampling the likes of Final Fantasy 7 and Pac-Man. Beyond the Billboard charts, Hamilton is a national phenomenon about American colonial history, and even Game of Thrones has its own mixtape.

"The nexus point of nerd culture and rap has definitely become more mainstream," MC Lars says. "For me, there is something cool about meeting younger kids who are just getting into my music -- the Vans Warped Tour has been super-helpful in that capacity. We are the grandfathers of the movement, but we're all still here and we're still making a living doing this." Nerdcore isn't new. MC Frontalot accidentally coined the term in 2000 when he dropped the song "Nerdcore Hip-Hop." He was a college DJ by trade, and the track was meant to poke fun at the way people labeled their music tastes with ever more specific terms.

It may have started as a joke, but the name stuck, and it's served MC Frontalot well. He's made a career out of performing and recording nerdcore albums, he's played 25 consecutive PAX conventions and he even ended up as a judge on the TBS reality show King of the Nerds in 2013. A lot of this is thanks to "Nerdcore Hip-Hop."

"As soon as I recorded that song, I realized why every band wants to have its own genre all to themselves," he says. "It tricks journalists into thinking you're some kind of visionary."

Perhaps because the genre itself was labeled on a whim, nerdcore songs run the gamut in terms of topics. There are no rules dictating what makes a track "nerdcore," so it essentially boils down to whatever the artist is passionate about at the moment. MC Lars has an entire album dedicated to Edgar Allan Poe, Beefy raps about massive conventions like Comic-Con and MC Frontalot is known for a song about first-world problems. Mega Ran (also known as Random) recently recorded a track about Pokémon Go that discusses the Black Lives Matter movement, terrorism and crime.

This is an important aspect of nerdcore: Its undefined, nebulous nature allows artists to rap about anything at all while still benefiting from an existing market with an excited audience. Passion is often miscategorized as "geeking out," after all.

"Anytime that I can use my platform to make people aware of things they might not be familiar with, and I can do it in an artistic manner, that's what I'm going to do," Mega Ran says. "It's great to have the kind of freedom we have to talk about whatever we want without having to fall into a format of genre or subject matter limitations." When MC Frontalot first uttered the word "nerdcore" in 2000, it described a genre obsessed with songs about Star Wars and role-playing games, MC Lars says. This was before the age of ubiquitous social media, when the nerdcore audience gathered in usenet forums and on sites like Rhyme Torrents.

MC Lars heard the term "nerdcore" for the first time in 2003, when he'd already been producing hip-hop for about 10 years. One of his first rap songs was an homage to Macbeth, while another divulged how he wanted to play Anakin Skywalker in Attack of the Clones.

"I grew up reading Mad magazine and listening to Weird Al Yankovic, and that influenced my writing more than 2Pac or Snoop ever could have," MC Lars says.

Today, most nerdcore songs could easily be top-10 pop hits. They're energetic and catchy, packed with clever turns of phrase and references that anyone who's been to a midnight Avengers premiere can understand. In many ways, geek culture is pop culture, and that extra attention has ushered new talent into the nerdcore industry.

"I feel like now there's an increase in guys doing what many of us have been doing, which some look at as threatening, but I see it as amazing," Mega Ran says. "If I can play a part in people being comfortable enough with themselves to talk about the things they love, using the vehicle of rap music, it's a good thing."

MC Frontalot also revels in the joy that new artists get out of the genre he named. Nerdcore songs may have existed before he coined the term, but the label gives new rappers a handy reference point when describing their new obsession to friends or online. Newcomers are walking on the path that MC Frontalot helped pave.

"The thing that excited and continues to excite me is when super-talented younger artists see something in the nerdcore designation that they identify with and use the term to describe their music," he says. "When that started happening 10 years ago, it blew my mind. And it keeps happening even now. Sort of post-facto legitimizes the whole endeavor."

Nerdcore may be more prominent than ever, but MC Frontalot, MC Lars and Mega Ran aren't in a rush to make it mainstream. Nerdcore is a special pocket of passion and rhyme that doesn't need to prove itself to anyone or any genre.

"For all of us in nerdcore, it is way better to be the superstars of a tiny niche than a random collection of uncool rappers whose sales compare unfavorably to Macklemore's," MC Frontalot says. "Part of me hopes we stay niche."

In this article: art, beefy, culture, geek, HipHop, McFrontalot, McLars, megaran, music, nerd, Nerdcore, rap
All products recommended by Engadget are selected by our editorial team, independent of our parent company. Some of our stories include affiliate links. If you buy something through one of these links, we may earn an affiliate commission.