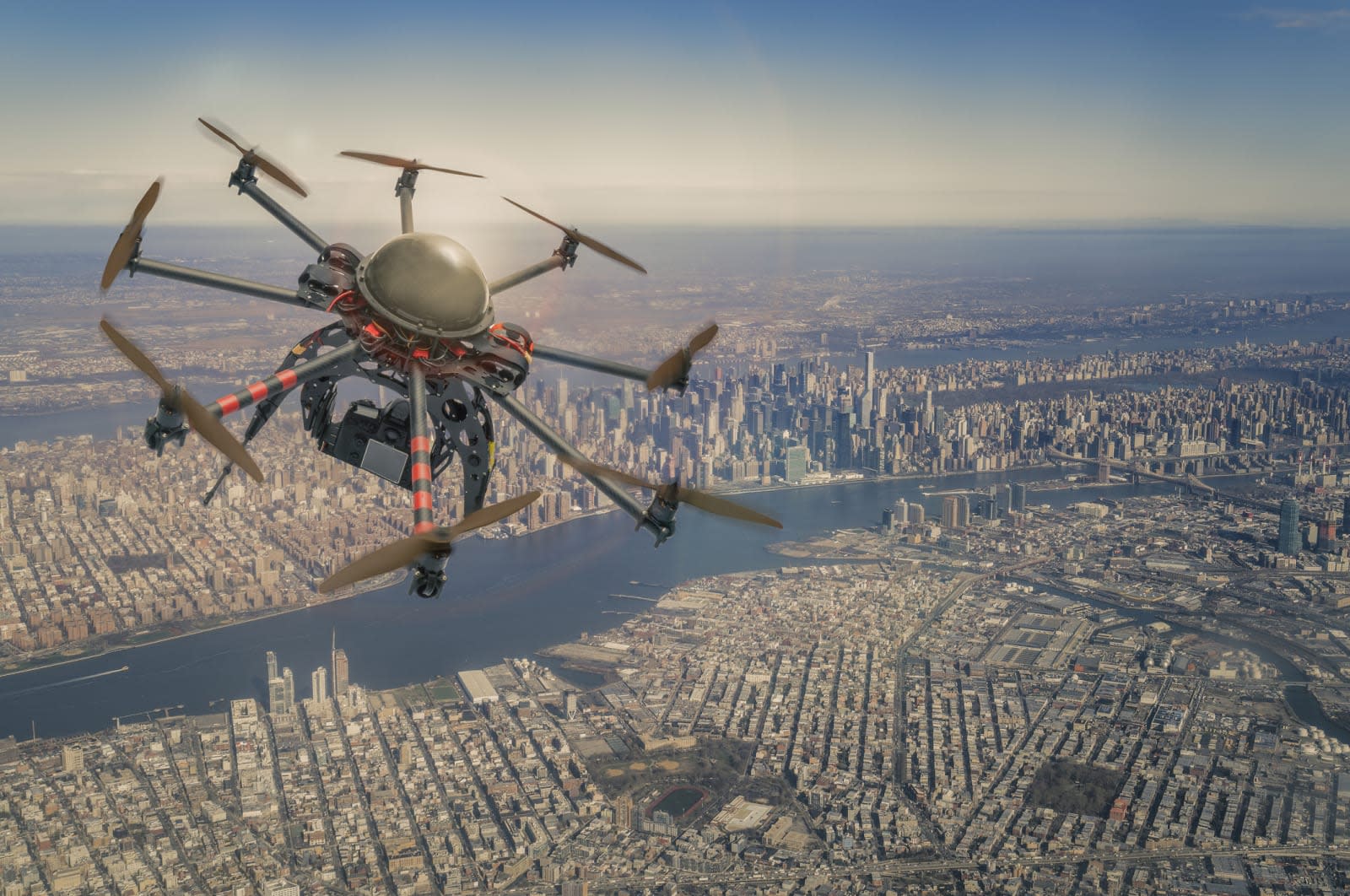 New York City's firefighters have a new ally that could help keep them safe: drones. They've begun testing a small, fire-engine red unmanned aerial vehicle that can take both standard and infrared images and videos. The $85,000 machine will send footage to commanders in real-time, giving them the information they need to quickly come up with the best possible response.

The fire department typically sends out tactical personnel equipped with gadgets to take photos of a scene before conjuring up a course of action. However, fire department director Timothy E. Herlocker realized the advantages of deploying drones for the job after a gas explosion in 2014. An amateur pilot captured photos of that incident, which he then compared to the pictures taken by the tactical unit. That's how he saw that drone images with eagle-eye views of the whole scenario provided so much more information than those taken from the ground.

Since it's tough flying a drone through a maze of buildings, though, the department decided to attach the machine to a tether while it takes photos and videos. "It is without a doubt the most boring drone you've ever seen in your life," Herlocker told The New York Times. "All it does is goes up, and it stays there." If you want to see a more active firefighting drone, you might have to take a trip to Boise, Idaho. Officials in the city started testing pilotless helicopters that can drop water onto wildfires last year.

Herlocker and his team plan to deploy their first drone in the coming weeks. But just because the UAV is operated by a government agency doesn't mean it won't be regulated. They still have to ask permission from the FAA whenever they want to send one up for recon work. The whole process will take around 15 minutes, but the FAA promises to approve those requests as fast as possible, "particularly in situations where lives may be at risk."

In this article: drones, firefighters, gadgetry, gadgets, gear, newyorkcity, nyc, robots
All products recommended by Engadget are selected by our editorial team, independent of our parent company. Some of our stories include affiliate links. If you buy something through one of these links, we may earn an affiliate commission.